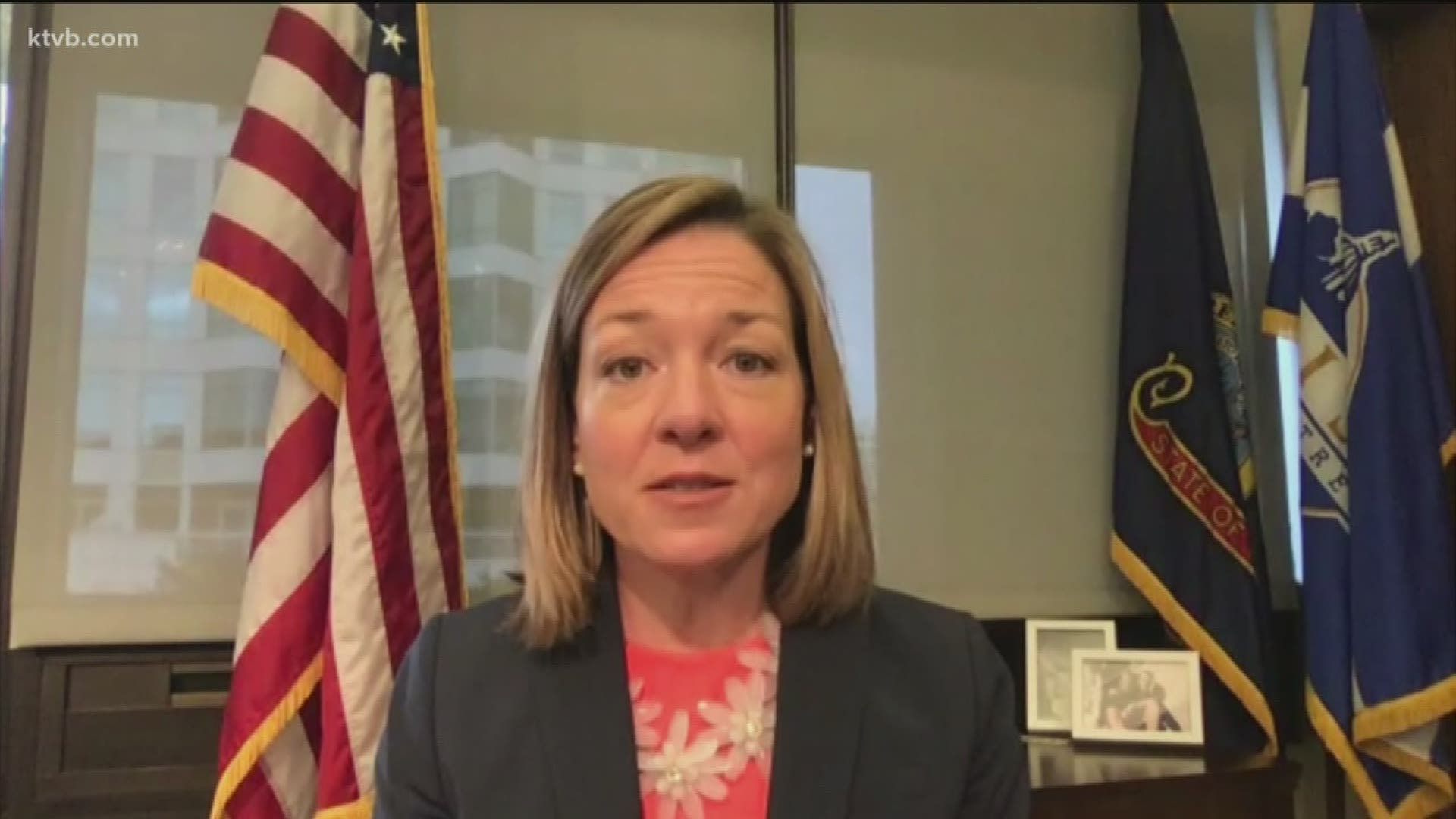 BOISE, Idaho — More people are getting out and about to go to work, to do some shopping or go to parks now that Idaho is in phase one of the plan to reopen the state and get the economy rolling again.

The City of Boise is also in phase one of its reopening plan.

Parks are open, retail businesses are opening back up, Warm Springs Golf Course has partially reopened, and the city is ramping up recycling services and maintenance at facilities and parks.

But public events are not allowed and city hall is still closed to the public as staff mostly work from home.

I asked Boise Mayor Lauren McLean what the city's goal is for stage one of reopening, and what businesses looking to open in later stages, like salons and spas, can expect.

Mayor Lauren McLean: My goal with stage 1, I should say the city's goal with stage 1, is very similar to the governor's, and that is to safely begin to get our community back to work. We've done all we could and have seen great success in ensuring that there wasn't a surge of the virus that the hospitals couldn't meet the demand of, and so now it's time to slowly reopen our community and get our residents back to work.

Doug Petcash: So how does your plan differ from Governor Little's plan to reopen the state?

Mayor McLean:  We're in the same stage and we'll look at the same data the governor is looking at in assessing when to move to stage 2 and then to stage 3. We have specifics related to how city hall and city government services open, and then also require in stage 1 social distancing measures and have some specific rules about the airport, who can be in and out of the airport as people start traveling again to make sure that we can keep the spread of the virus slow, so we can get as many people back to work as quickly as possible.

Doug Petcash:  Unlike the state plan, the city's plan doesn't have target dates for each stage. Why not?

Doug Petcash:  Does the city's plan have tighter restrictions on which businesses can reopen when?

Mayor McLean:  We have not called out businesses or groups or others. Instead we've talked about the requirement that you socially distance in phase 1 at the current time.

Doug Petcash:  Will you allow things like salons and spas, dine-in restaurants, gyms to open on May 16 as the state plan allows or is that on an individual business by business basis?

Mayor McLean:  Well, I want to point out again that the state plan says they'll assess the data on or about the 16th, and if the data show that we can move to stage 2 then the state has called out those businesses as being allowed to operate.  We will look at the data at the same time and if it tells us that we should move to phase 2, we'll look at our social distancing order and determine the steps that need to be taken to allow businesses to open in phase 2 in a safe way to protect the public health. What we want to do is allow all businesses to open and people to get back to work, and not have to take that away if we inadvertently create a virus spike here in the valley.

Mayor McLean issued a public health order requiring 6-feet of social distancing that runs through the end of May. That order applies to the popular city parks and ponds, too.

The mayor says bike patrols will be out more and more, and the city is also looking to hire more people or to repurpose city staff to have larger patrols in the parks to make sure people are social distancing.

You can watch Doug's full interview with Mayor McLean on Viewpoint this Saturday morning at 10 and Sunday at 6:30 a.m. and 11 p.m.

RELATED: Boise ponds open to visitors, but crowds are discouraged

RELATED: Outdoor public pools in Boise to be closed this summer