"I think some of these other areas that didn't start those programs as early are going to catch up in terms of disease load." 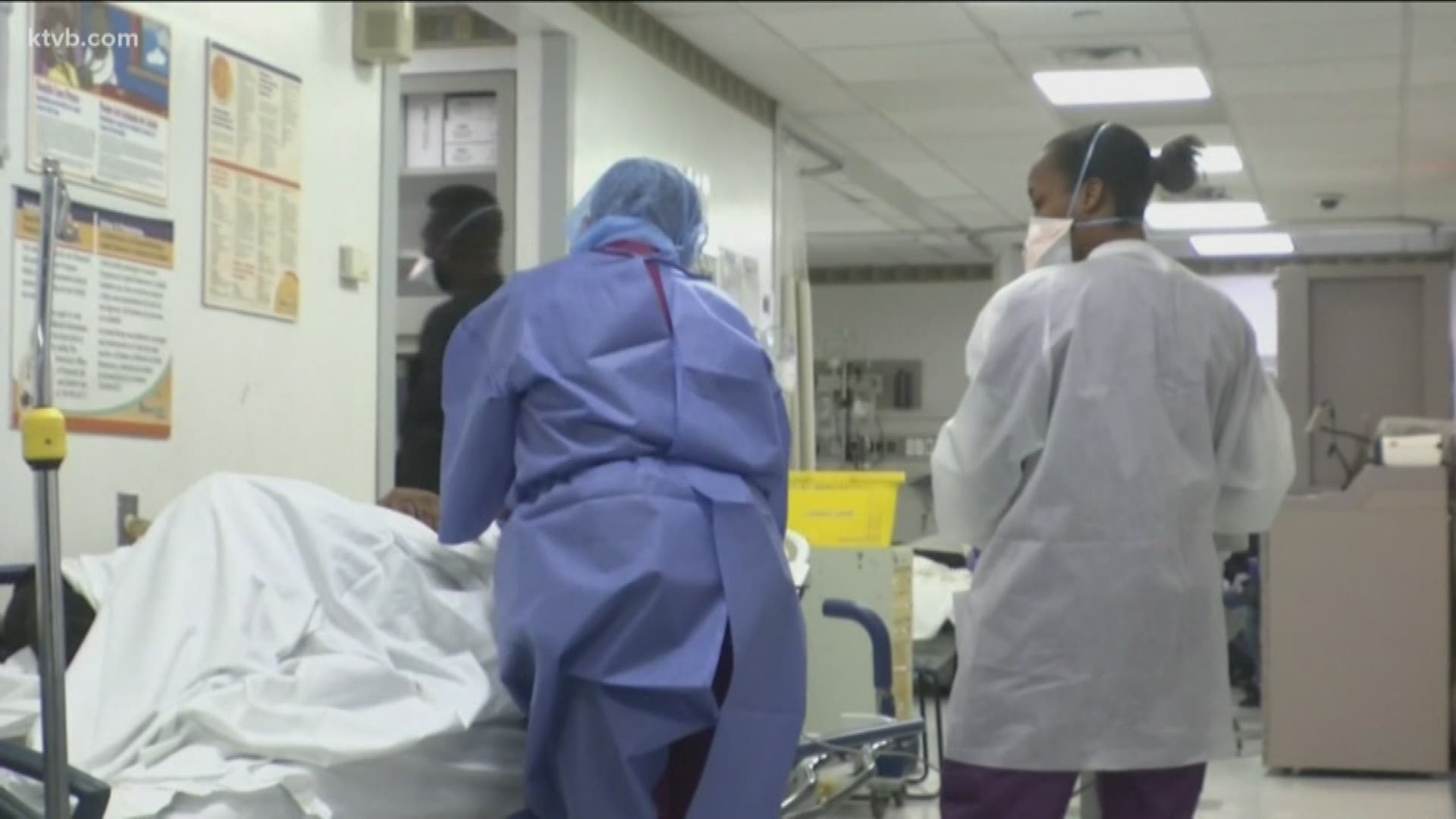 BOISE, Idaho — While President Donald Trump says the next two weeks will be difficult in the fight against the coronavirus in the United States, a Blaine County emergency room doctor explains what areas will be hit hardest in the coming days and weeks.

Dr. Brock Bemis is at the front lines in the fight against the coronavirus pandemic in Blaine County and explained that the areas that were slow to enforce social distancing measures will likely contribute to a surge in confirmed cases in the coming weeks.

"As a nation, as we have gotten on board with quarantine and social distancing campaigns, we are not going to realize their value until a few weeks down the road," he said, "and I think some of these other areas that didn't start those programs as early are going to catch up in terms of disease load and unfortunately hospitalizations and death tolls."

Blaine County specifically has become a COVID-19 hotspot in the U.S. and Dr. Bemis said that could be attributed to people from across the world flying to Sun Valley to ski.

"Pretty much all of the vacation activities here encourage germ swapping," he explained. "You see that in other ski towns as well, many other ski towns have been hit pretty hard as well."

He added that St. Luke's in Blaine County is beginning to see fewer patients but that doesn't necessarily mean victory.

"The people who are coming in are sicker but our overall volume has seemed to go down quite a bit," Dr. Bemis said.

In the next few weeks, he and the nation's top health officials are urging people to stay at home as the United States endures the peak of the COVID-19 pandemic.

"So hopefully enough examples have been made in other places across the world and in this country that we can hopefully start learning from some of those experiences," he said.

Bemis also told KTVB that he believes the chances of everyone being able to return to work in all fields by the time Gov. Brad Little's stay at home order ends on April 15 are slim.