Idaho health authorities have noted that being outdoors during the pandemic is better than being indoors, but maintaining social distance is still important. 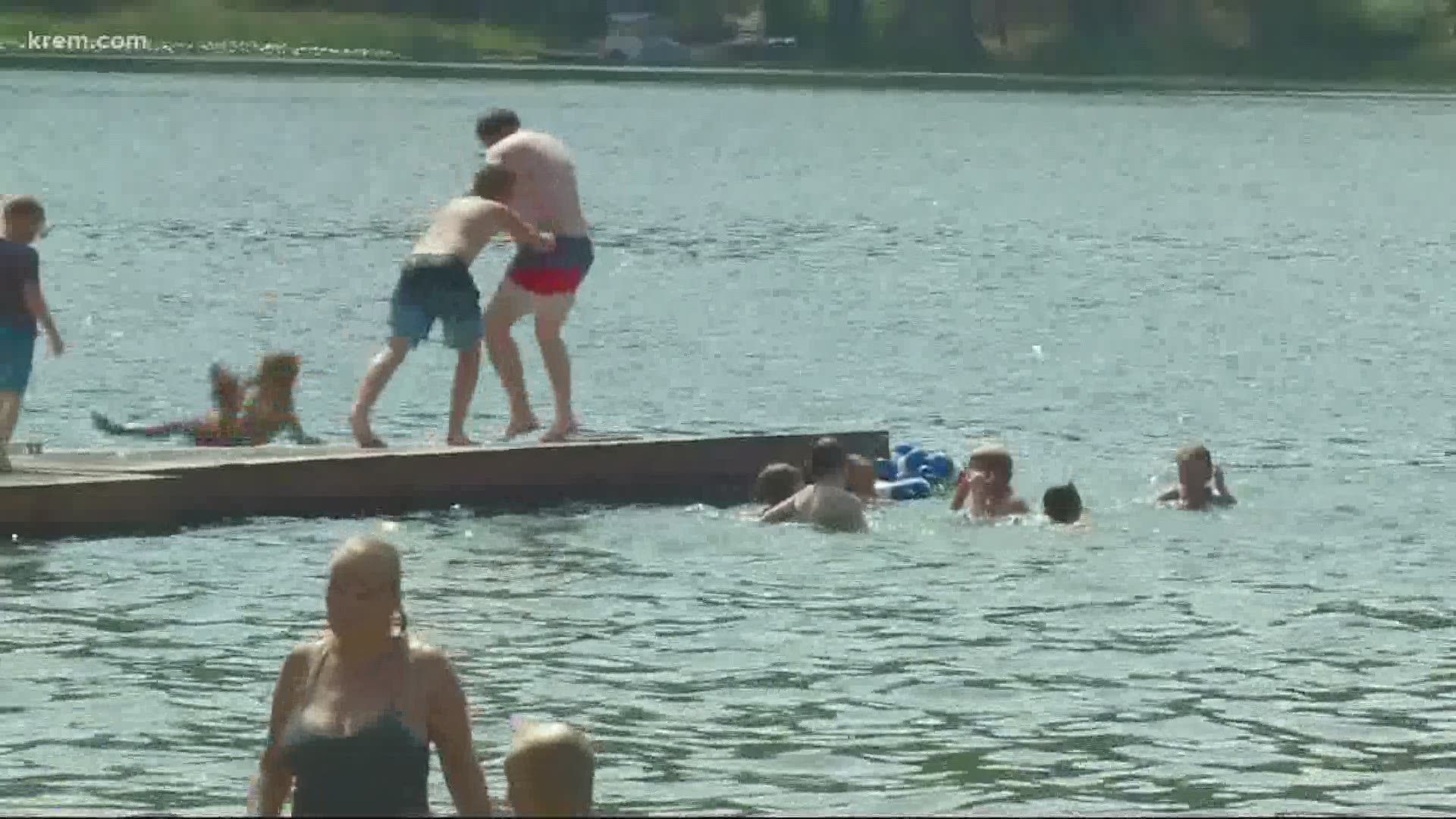 COEUR D'ALENE, Idaho — As the Inland Northwest heads into a scorching week of hot weather, local health officials are reminding those heading to nearby lakes and rivers to practice social distancing.

With a predicted high temperature of 94 degrees, several swimmers and beach-goers were already beginning to gather at the North Idaho College beach in Coeur d'Alene on Tuesday afternoon.

"It's hotter than a pistol. Very hot," remarked Jodi Jensen, who was relaxing with a group at the beach.

Jensen in particular was staying under a small, portable canopy in order to stay out of the sun.

"We spend a lot of time in the tubes in the water," she said. "And then we have lunch and just hang out and visit. Sometimes we play dice."

While the weekday crowds weren't approaching those often found on a weekend, many groups at the NIC beach appeared to have no problems keeping distance from one another. Families at Coeur d'Alene's city beach were also spread out.

Jensen, who has made weekly trips during the summer to NIC's beach for three decades, said she wasn't concerned about crowds amidst the COVID-19 pandemic.

Idaho health authorities have noted that being outdoors during the pandemic is better than being indoors. However, maintaining social distance is still important, according to the Panhandle Health District.

"We definitely encourage everyone to continue to keep 6 feet of distance between themselves and others while out enjoying a beach," wrote PHD spokeswoman Kate Hoyer in an email to KREM. "Also, wear a cloth face covering, washing hands often, and sanitizing objects are best practices. When going out, we advise that people don’t gather in groups and instead stick with your own family unit to reduce exposure."

"Certainly, anything you can do outside is going to be better," said Pate in an interview with KREM last week. "However, do not take that to mean you can't catch it if you're outside."

With that, Pate also urged people heading to beaches to maintain at least six feet between their groups.

"Outside is better. But distance remains important," he said.

RELATED: VERIFY: Yes, you should wash reusable face masks after using them