The church has previously held services despite a stay home order to stop the spread of coronavirus. 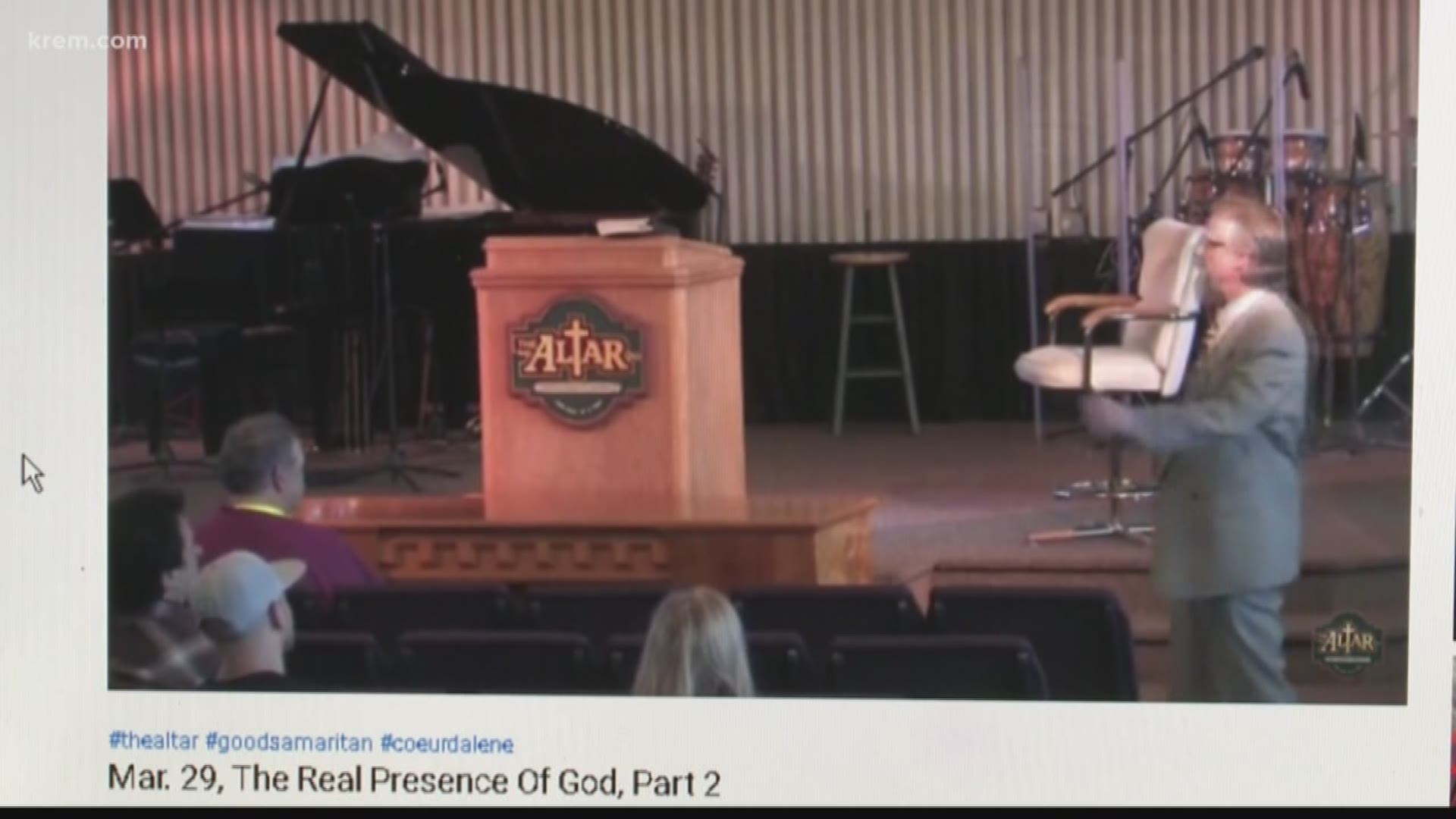 COEUR D'ALENE, IDAHO — The Altar Church in Coeur d'Alene announced on Facebook that it would temporarily suspend in-person church services after previously continuing to hold them despite a "stay home" order in Idaho to stop the spread of coronavirus.

The church said it will still host online services.

"We voted to suspend our public services at this time and invite all to join us on-line this Sunday as Pastor Tim shares the good news of the Gospel of Jesus Christ," part of the post reads.

The church also said its staff would still be available for "essential services" during the week.

Pastor Tim Remington, who first made headlines in 2016 after being shot outside The Altar Church, says that church gatherings act as an essential service and are necessary for some worshipers during times of uncertainty caused by coronavirus.

"I'm letting everybody know that we're open. We are open. If you need to come, then we're open," said Remington on Monday. "The reason we do what we do is because we care about the community. That's it. That is solidly it."

On Sunday, Remington said that The Altar hosted a church service with roughly 45 people in attendance. The members were spread out in the main section of the church that typically holds approximately 430 people, according to Remington.

Remington said that The Altar sent notices to congregants encouraging people to watch services broadcast online instead of coming to the church.

If people decide to come to The Altar, however, they'd simply be told to practice social distancing.

"But there are some people that need to come. And they need to talk," explained Remington, saying that the group that attended Sunday's service was small.

In an email to KREM, Coeur d'Alene Police Chief Lee White said that his department received a call for service regarding the church gathering, but a commanding officer on duty watched an online broadcast of the service and determined that "worshipers appeared to be following social distancing guidelines set by the governor’s office."

Remington added that he wasn't attempting to downplay the coronavirus outbreak or cause any problems by holding the service. Additionally, Remington said he sought to put coronavirus into perspective and compare its impacts to influenza.

"Without the church, where is our community supposed to get their hope?" he said, arguing that church services played a role in combating depression and anxiety caused by the pandemic.

While churches aren't explicitly listed as "essential services" on the state's website, additional guidance posted online last week stated that church members may gather to stream or record religious services provided that "recording or streaming should be done by the minimum number of individuals necessary, following social distancing requirements."

On Sunday, the Altar's services were being streamed online.

"For anybody to say that the church is non-essential is a deadly statement," Remington said.

When asked about holding services despite Idaho's stay-home order and federal recommendations to avoid social gatherings of more than 10 people, Remington said that church members should still be allowed to exercise their First Amendment rights.

"We are doing everything we can to be wise," Remington said of social distancing practices at The Altar in addition to cleaning and sanitation efforts.

In January, Gov. Brad Little appointed Remington to the Idaho House of Representatives to fill the seat previously held by John Green. Green was expelled from the Idaho legislature after he was found guilty of defrauding the U.S. government.

In a video of the Sunday service posted to YouTube, Remington appeared to downplay the severity of coronavirus.

"This is a gimmick. It's a test," Remington told churchgoers. "I want to pass the test. So as for me, and my house, we're going to serve the lord."

On Monday, Remington said that he misspoke by using the word "gimmick," citing the 2016 shooting at The Altar that left him hospitalized.

"After - and I hate to always use this - but after taking a bullet to the head that one time, I can't always think of words very good," Remington said. "But it is a test."

Four years ago, Remington was shot multiple times by Kyle Odom after Odom had attended a service at the church. The shooting prompted a massive manhunt and Odom was eventually sentenced to prison.

Remington noted that his remarks while at church were those of him acting as a pastor and not a lawmaker.

"I'm a pastor. And that's what I'm doing. I'm pastoring these people," he explained.

Also during Sunday's service, Remington revealed that two Altar Church members tested positive for coronavirus after traveling to the Dominican Republic on a mission trip. Remington and others had been exposed to the people, he said.

"Both of them had the coronavirus," Remington told congregants in a recording of the service. "[One] had it pretty bad. Some of us have been exposed because we hugged [the person] when [they] first got here two weeks ago. It hits some people, it doesn't some people."

When asked if Remington had any concerns holding services despite the members testing positive, Remington said "it was a quick exposure" and said that no other church members have become ill or are currently sick.

When asked about the coronavirus cases linked to The Altar, a Panhandle Health spokesperson declined to comment, citing privacy concerns.

RELATED: Map and timeline counting Idaho confirmed coronavirus cases, and what we know about each death 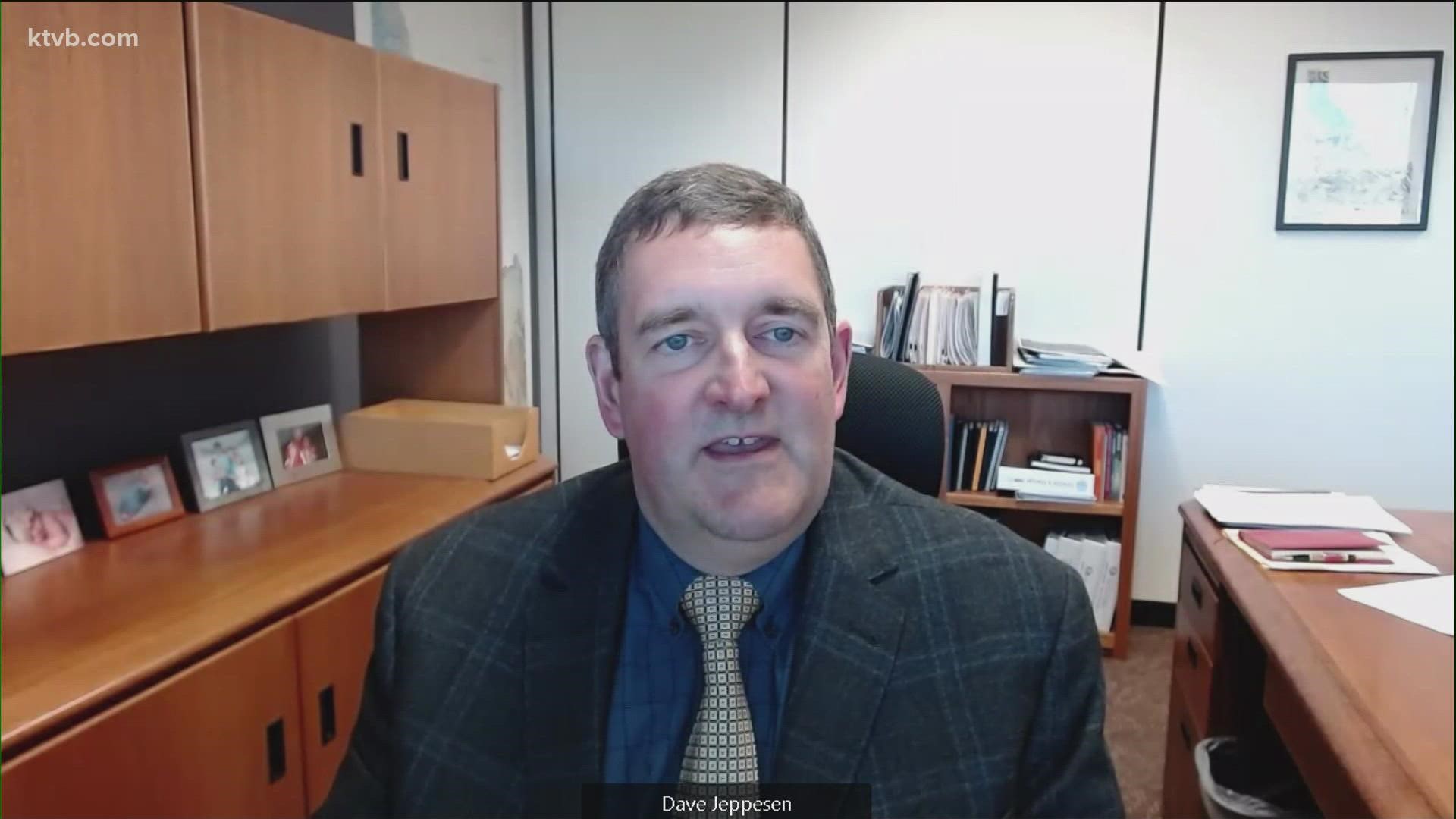