The event in Moscow was aimed at criticizing the city's "largely groundless" mask order, the church's pastor said. 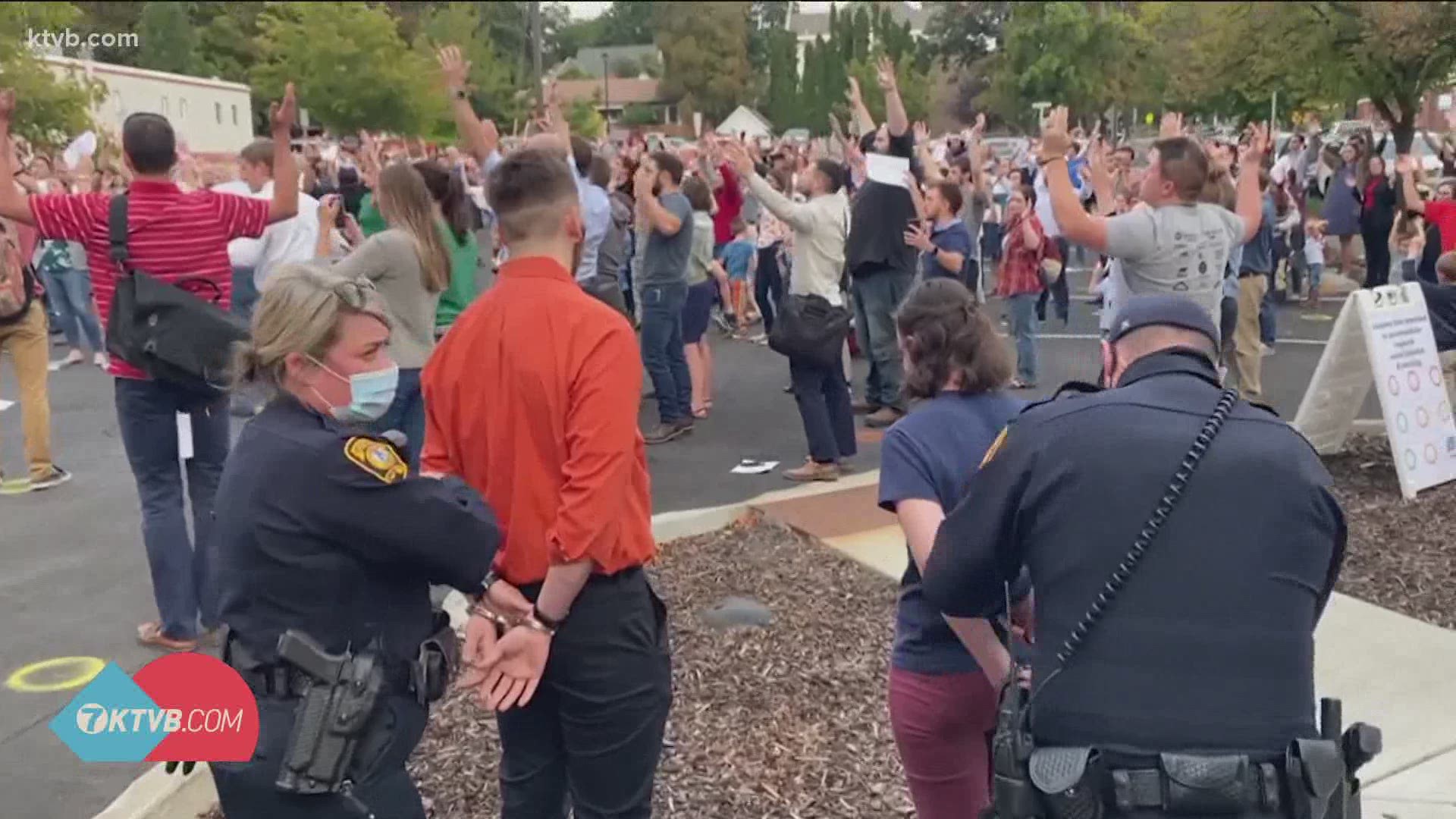 MOSCOW, Idaho — Three people have been arrested after an Idaho church held a psalm-singing event without masks in a city hall parking lot in violation of a town’s mask order.

Christ Church pastor and event organizer Ben Zornes told the Moscow-Pullman Daily News that Wednesday’s event in the community of Moscow was aimed at criticizing what he called a “largely groundless” mask order.

It was issued by the city council in an effort to slow the spread of the new coronavirus.

Three were arrested on suspicion of resisting or obstructing officers.

Nearly 200 people attended the event, including church deacon Gabriel Rench, one of those who were ultimately arrested.

Rench, who is also running for a Latah County commissioner seat, told KTVB on Thursday that his church has held these types of public get-togethers before, but this is the first time anyone has been arrested.

"The times we've done the psalm sing in the past under the same [mask] resolution we weren't arrested, we weren't warned, no warnings, no nothing, and so we were just taking our constitutional liberties to do what we're allowed to do under the constitution - worship," Rench said. "The government cannot dictate us to where we can worship, what time we can worship and so that was kind of our protest of extending the resolution through January 5th was through a wonderful psalm sing."

He added that he's not sure why the city chose to crack down on protesters this time, other than to make an example out of them.

Moscow Police Chief James Fry told KTVB that he was not aware of any previous events like this recently. He also said his department has been educating people in the city for more than four months about the mask mandate.

The city has a 90% compliance rate when it comes to masks, Fry said, adding that at some point, education has to turn to enforcement. And that's what happened on Wednesday.