The event, marking its 19th year, continues to help provide screening for the disease - which is key to saving lives. 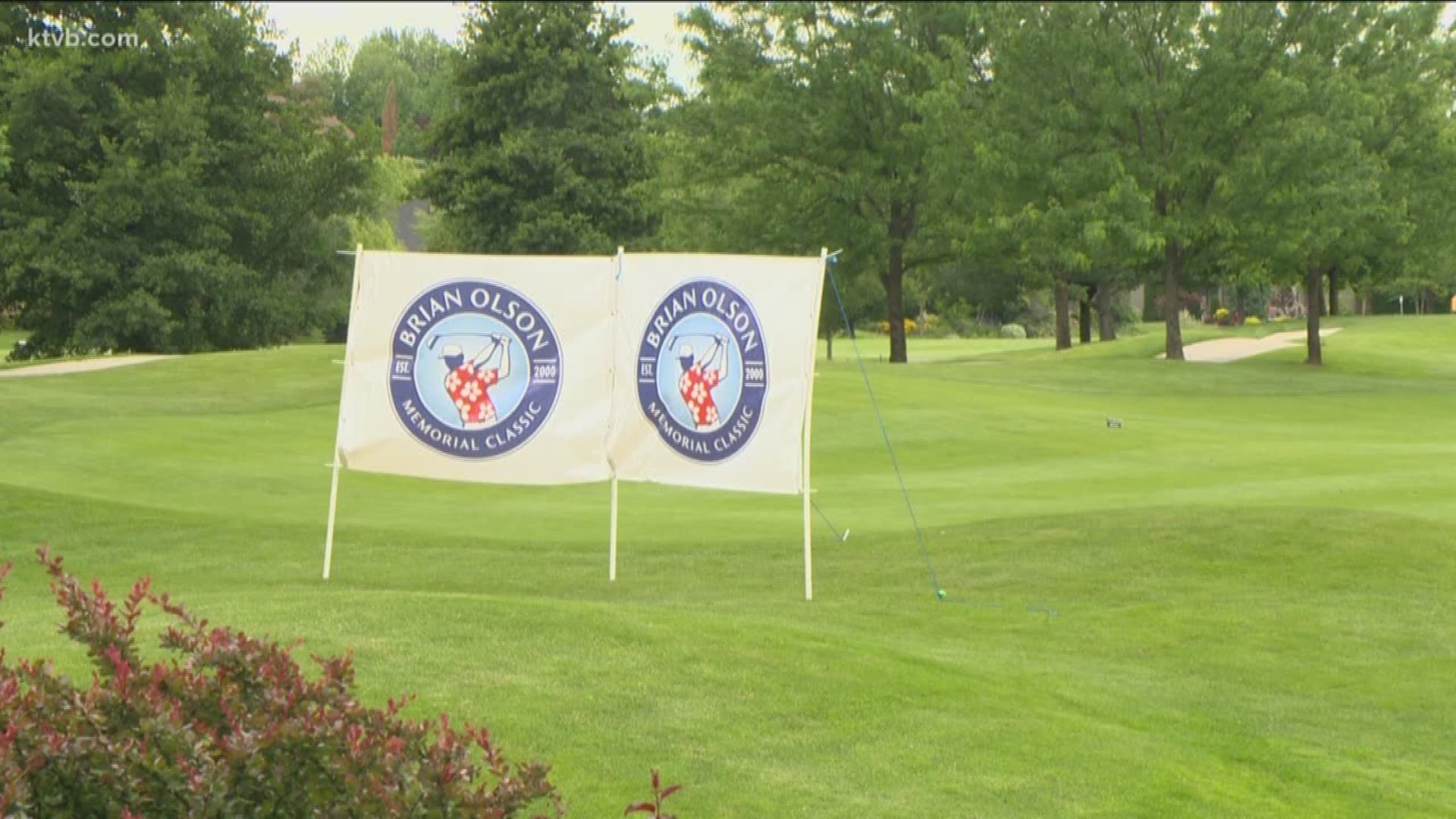 BOISE, Idaho — As colon and rectal cancer rates rise at an alarming rate among young adults, an annual tournament Friday at Banbury Golf Club continued its mission to help save lives.

The Brian Olson Memorial Golf Tournament is in its 19th year at Banbury. It was launched after his colleagues at Hewlett-Packard joined together to honor Brian, who died in 1999 at 39 years old from colorectal cancer - leaving behind a wife and two young sons.

This year, thanks to more than 100 golfers participating, the tournament - one of the biggest outside fundraisers for cancer care at St. Luke's Mountain States Tumor Institute (MSTI) - raised around $25,000.

Almost a half-million dollars have been raised since the tournament began, and those funds have provided free at-home cancer screening kits, as well as helping pay for colonoscopies for those who couldn't otherwise afford them.

"Thanks to the contributions from Brian Olson, multiple colorectal cancers are prevented in each year in Idaho," said Dr. Dan Zuckerman, executive medical director for St. Luke's MSTI. "Most polyps, or growths, have a 70 percent chance of turning into cancer if they're not removed."

MORE: Boise woman meets man who helped save her life

Some of this year's funds will also support a new research study that St. Luke's has joined. The Dana-Farber OPTIMISTICC project is the largest coordinated effort in the world to discover the underlying causes behind increased colorectal cancer rates in younger people.

St. Luke's said colon cancer - one of the most deadly forms of cancer - killed 244 Idahoans in 2016, and 646 people in the state were diagnosed with the disease.

A colonoscopy is recommended every 10 years starting at age 50 and up to 75, unless you're at higher risk or have a family health history of colon cancer. The American Cancer Society announced last year it recommends screenings begin five years earlier, at 45.

Screening is critical to saving lives. Unfortunately, according to St. Luke's, Idaho ranks near the lowest for screening - and near the top for late-stage-colon cancer diagnosis.