A report from the Department of Defense shows a 2.9% increase in veteran and active duty suicides in 2018. 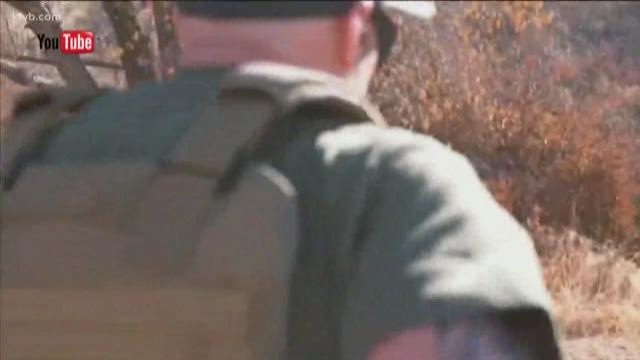 BOISE, Idaho — Recent developments in Iran have left many wondering if that will mean more U.S. troops could be deployed overseas.

For many people, that has raised concerns for the nation's troops. Among those concerns are rising suicide rates among veterans and active-duty military members.

Research from the U.S. Department of Veterans Affairs shows there were more than 6,000 veteran suicides in 2017 and that has been the pattern for more than a decade.

The most recent data available from the Department of Defense also shows a 2.9% increase in veteran and active duty suicides in the U.S. in 2018.

That same percentage increase is also being seen at the Idaho Suicide Prevention Hotline.

“The hotline gets a lot of calls from veterans, active duty and military families and we had about 500 of those calls in the last quarter alone that we have stats for," John Reusser, the director of ISPH, said. "It’s about 15% overall of our total call volume.”

Those calls include both combat and non-combat veterans.

The increase in suicides is also a concern for Conrad Jeffries. An American Falls native, he now lives in Boise and is a veteran himself. He served several years both in the Coast Guard and Army National Guard. He has firsthand experience in dealing with depression and suicide. Now he's making it his mission to help other veterans overcome suicidal ideology.

“It’s an extremely high problem in this society," he said. "If we don’t do something now, I often wonder where our DOD and first responder units will be 100 years from now.”

Reusser said a common thing they see among veterans and service members who call the hotline is a sense they don't belong, which is what hotline volunteers work to change.

“One of the most interesting aspects we get from calls from people that identify themselves as veterans is they don’t feel they’re deserving of services from the VA,” Reusser said.

According to Jeffries, he often sees a similar mindset among veterans. He says it's almost a feeling of hopelessness so he wants to inspire that needed hope.

On Jan. 13, Jeffries will be running from Los Angeles to Las Vegas to raise awareness about rising suicide rates among veterans, active duty service members, and first responders.

“If it takes me three days or six days or eight days, if I have to crawl to the finish – I manifested this run for a reason," he said. "On paper, I should fail. I’m not a long-distance runner, I’ve never been an extreme athlete like that and I chose that to signify the fight we’re in. We’re going to make a statement to the country.”

Jeffries also started Shot At Dawn, which he says has developed a way to get at the root of veteran suicide.

“It’s a way to identify what’s actually killing us,” he said. “What we’ve developed makes you dig in deeper, what were the contributing factors? We don’t just mask or attack one problem. We attack the different layers that lead up to this.”

He said he hopes the idea will catch on federally and make it to the White House.

For anyone struggling with suicide, call the National Suicide Prevention Hotline at 1-800-273-8255.

RELATED: Survey reveals nearly 22% have considered suicide at some point in the last year