"The demand has not dropped off," district spokesman Dan Hollar said. "Every day we are serving between 1,400 and 1,800 children." 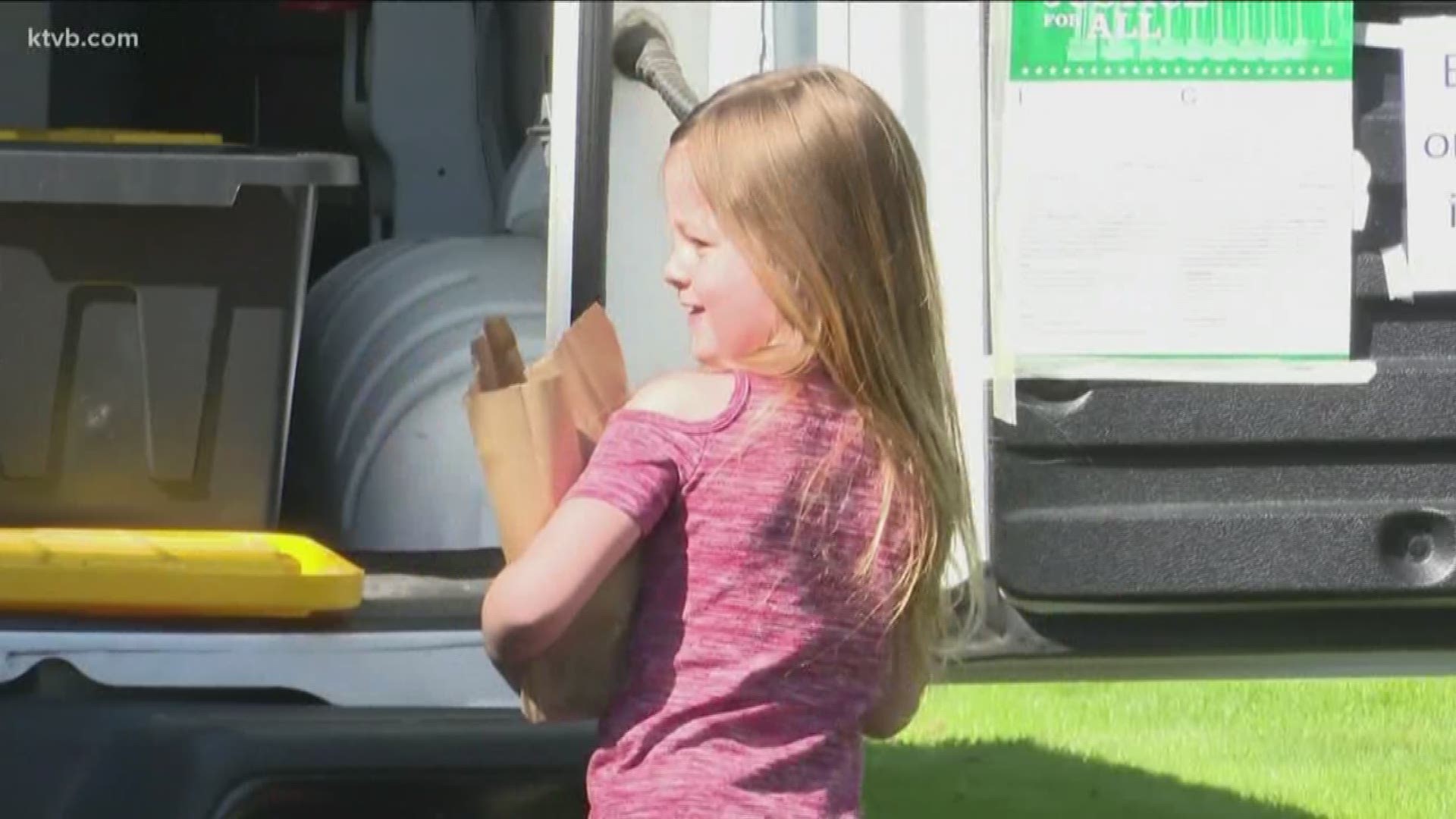 BOISE, Idaho — Many Idahoans have fallen on hard times as a direct result of the coronavirus pandemic.

When schools shut down In March, the Boise School District stepped in to provide meals to students in need, who otherwise would go without.

Just recently, the district has expanded its "Grab & Go" meal service to include dinner.

"The demand has not dropped off," Hollar said. "We plan on having enough food for everyone, so if we have some leftover food, that is going to be used the next day. We store it, keep refrigerated, and make sure it is safe."

The district is able to pay for this program thanks to an ongoing federal grant, which helps because COVID-19 has also put a financial strain on the district.

"For us, that means and eight-and-a-half to nine million dollar cut over the next 14 months," Hollar said.

The district also recently received a separate grant to soften the blow of the pandemic.

"The funds that we are getting from the feds through the federal stimulus dollars, the Cares Act, if you will, totals about $3.8 million," Hollar said. "We are using that for online devices, making sure that our families have digital devices to support their online learning."

"You see the unemployment rate in the state of Idaho, and it is surfacing for us in the form of those Grab & Go meal sites," Hollar said.

RELATED: 'It's about giving back': Owner of Andrade's Restaurant offers free meals to those affected by coronavirus