Boise hospital warns of knock-off car seats: 'There's no way a child would survive a crash in a seat like this'

St. Luke's Children's Hospital car seat technicians came across two counterfeit car seats this past week. Experts say not only are the car seats fake, but they are extremely dangerous. 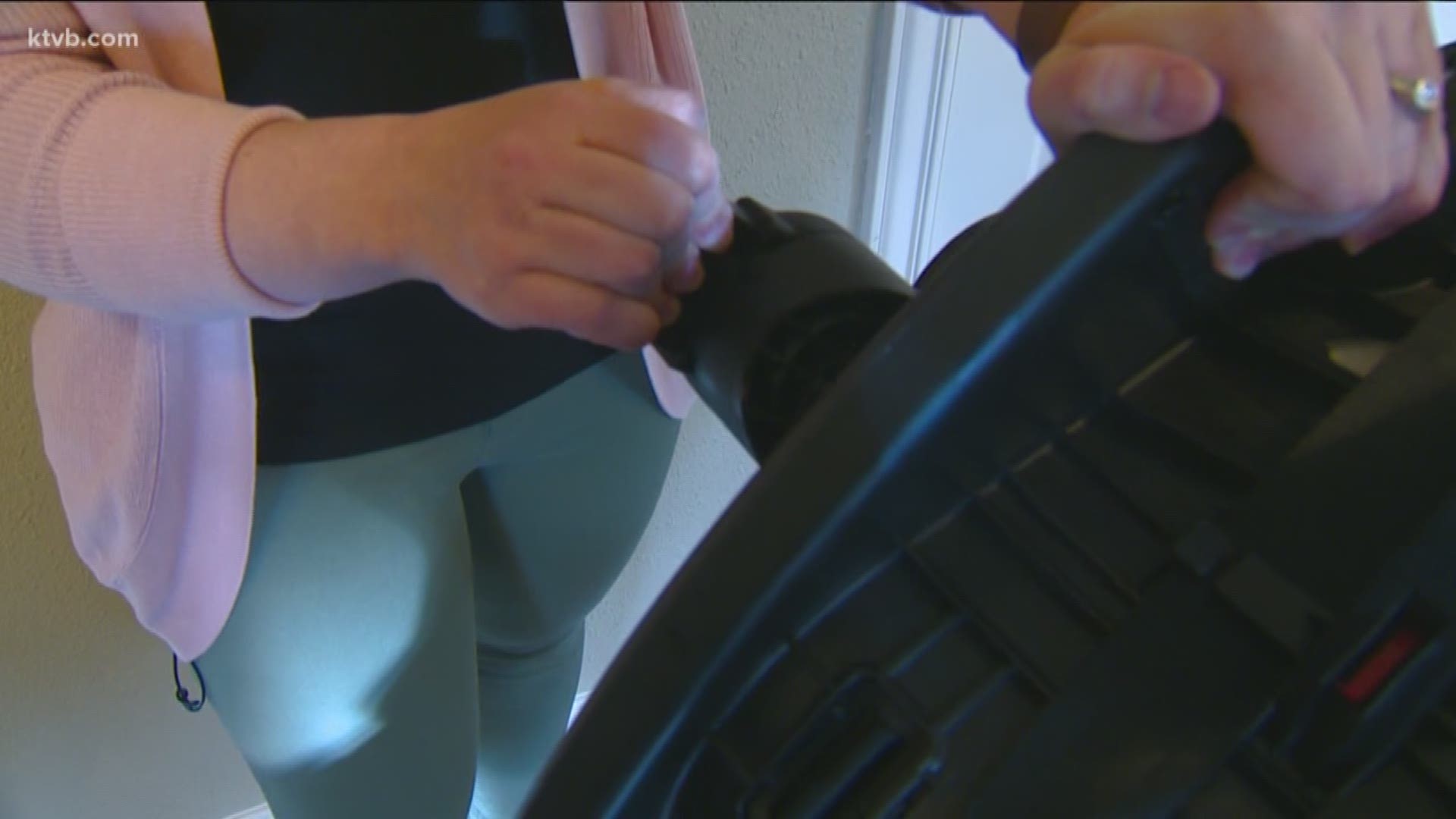 Officials at St. Luke's Children's Hospital heard about this happening, but never encountered it until this past week when they found two counterfeits.

On Wednesday, St. Luke’s Pediatric Education and Prevention Programs car seat technicians showed KTVB how fake car seats compare with the real deal. You can tell by looking at it up close, and by touching it that one of the car seats they found was a knock-off.

Scammers are taking advantage of parents wanting to protect their children in this digital era where we buy so much online.

“It’s pretty terrifying," said St. Luke's car seat technician Brittany Joplin. "There's no way a child would survive a crash in a seat like this."

Joplin came across a bogus car seat during a routine car seat check before discharging a woman and her newborn from St. Luke’s hospital in Nampa. The car seat was a gift from a family member, ordered on Amazon, and the mom had no idea it wasn’t safe.

But Joplin quickly realized the seat wasn’t safe, or legal, in the United States.

“All of the seat parts are made of plastic," Joplin said. "You can see here the harness doesn't even fit our training baby here properly, the straps come out from way above its shoulders. “There's no chest clip, which is an item on all car seats in the United States."

In addition, the harness adjuster on the counterfeit car seat is situated on a loose piece of metal on the bottom of the car seat. Joplin says it is illegal to use a car seat like this because it does not meet federal testing standards.

“This is the piece meant to hook into the child safety base," she said while examining the side of the car seat. "You can see it bend here to where it almost snaps with not much pressure. I can also squeeze the thin plastic to where it looks like it can easily snap or break under even the lightest crash force."

Joplin showed KTVB a legitimate car seat, side-by-side with the fraud; the contrast was stark.

“This one you see it has an owners’ manual and this card here attached to the harness," she said. "This is how it should come out of the box so you know it’s real.”

The fraud did not come with a manual or registration card, nor did it contain any of the federal labels or stickers required on car seats, such as the manufacture date.

There is one warning label on the chest straps that doesn’t make sense, reading: “Warning: Please use safety belts immediately after your baby can sit by himself.”

Joplin says legitimate car seats in the U.S. also have chest straps, and harness components are typically made of metal.

“These pieces are made of metal and not plastic. It’s quite sturdy, I can’t pinch it or even attempt to break it,” Joplin said of the legitimate seat.

This is one of two knock-off seats Joplin found this past week; the other was during a free car seat check event at their Meridian hospital location. A mother-to-be wanted to become educated on how to use her car seats. Little did she know, she was holding one fake seat, and one real one. Her fake car seat had no stickers, weak plastic, no chest clip, and other similar unsafe features.

St. Luke’s car seat technician Jen Ellis heard of another instance in Tri Cities, Washington, where a mother brought in a knock-off car seat to be checked. It had Chinese lettering on every label, didn’t come with a base, and was made of cheap, flimsy plastic.

“It scares me. It scares me for the lives of little children that they have no idea and these are life-saving devices and if they need to work that one time, you need it to work 100-percent,” Ellis said. “I’m concerned these are out in the community, these are only two that we've seen how many more of them are there we have not seen and gotten our hands on.”

Ellis and Joplin warn of a couple red flags: if car seats are being advertised on a marketplace like Amazon as “buy one, get one free” or any other deal, it’s not legitimate. They also warn of the language and grammar on the seat.

“If the English used to explain the car seat or any features is jumbled or doesn't use proper grammar it’s another big red flag that it’s likely not a legitimate car seat,” Joplin added.

It can be tough to tell on the internet if something is a knock-off, often because the scammers will use real legitimate pictures of the brand they are impersonating. The counterfeit car seat shown to KTVB, complete with base and a stroller, was listed for around the same price as a real car seat, which can cause difficulty for a consumer to flag it.

“The biggest thing that made me upset was thinking of these companies, these businesses profiting off families just trying to keep their children safe,” Joplin said.

Ellis and Joplin’s advice: watch out for car seats sold online through a third party vendor. If you're on Amazon, review the ratings and verified purchase comments; your safest bet is going with an item shipped from and sold by Amazon. Also, be wary of purchasing a used car seat on the internet.

“I think families could [tell]," Ellis said. "If they’re questioning it at all it's probably not right and they should probably get it checked out."

One of your best bets is just pop over to a brick and mortar store such as Walmart or Target and buy a real solid car seat, starting at about $40 on the low end.

Not only do St. Luke's Children's car seat technicians make rounds on the mother-baby floor at all three hospitals during the week, but they also hold free car seat checks monthly at each of their three hospitals. A certified safety technician will teach you how to correctly install a safety seat for your precious cargo, evaluate your car seat for use and recall status, and answer any questions you may have.

In addition, St. Luke's provides child passenger safety seats for families who may not be able to afford them.