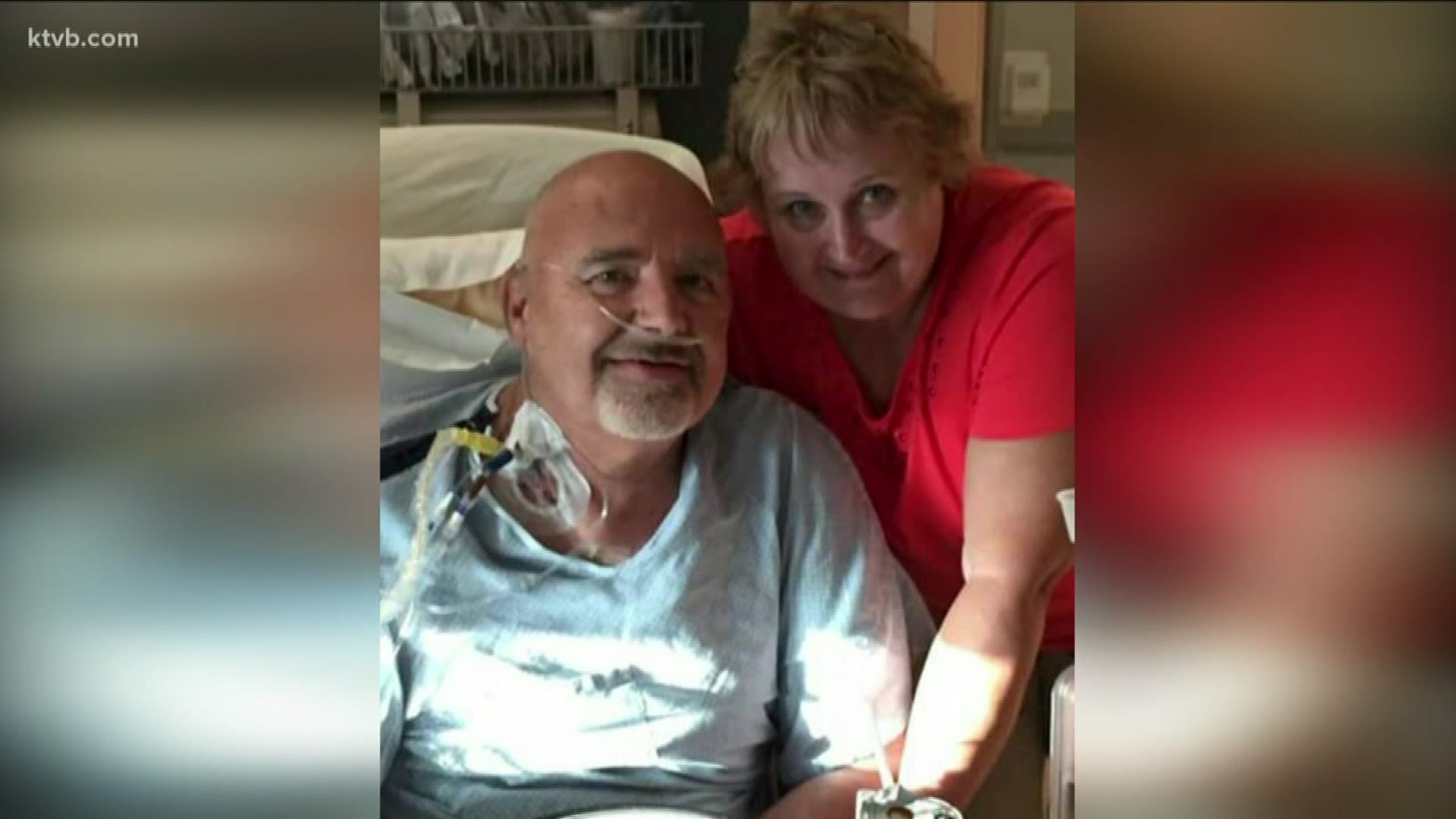 BOISE, Idaho — April is National Donate Life Month. Once again, KTVB is partnering with Yes Idaho to raise awareness about organ, eye, and tissue donation by bringing you stories of those affected by organ donation.

Because of concerns about the coronavirus we didn't want to put organ recipients at risk by meeting up with them in person. So we dipped into the archives for a story that really touched us.

Rick Brittell of Boise started having heart problems in his late 20s. He lived with them the best he could, until finally getting a heart transplant in his early 60s.

KTVB checked in with him by phone recently. Rick says he's doing great and is still very grateful for the gift of life and the gift of time.

With the rhythm of a ticking clock, our hearts pump life through us.

Over time, Rick Brittell of Boise became keenly aware of that. His aortic valve replacement produced a loud click like a ticking clock.

"And I got used to it. When I heard that I knew, OK everything's going good," Brittell said.

But then in 2014 Brittell got this Left Ventricle Assist Device, basically an artificial heart.

"I had no pulse and no blood pressure. I was a walking zombie," He said.
No heartbeat. No clicks.

"So we bought some clocks to pick up that noise, timing like that. It just made it comforting," Brittell explained.

The clocks ticked and tocked for 18 months until Rick and his wife Susie got the call that a donor heart had been found. It was time for a transplant.

"My emotions went from here, just skyrocketed. Like oh my goodness, I got a heart, and at the same time, it was, oh man, somebody just died," Brittell said.

That somebody was a young man named Manmeet. Rick has trouble voicing what the life-saving gift means to him.

"That's a tough one. Real tough," he said with emotion welling up. "There's no way of explaining it."

Because he felt guilty. That is until he met the donor's family, and they told him their loss was not his fault.

"Once they said that, it was like, OK, now I can go to the next step," Brittell said.

That next step was pure gratitude for him and Susie.

"If it wasn't for them, my husband would not be here," Susie said.

Rick says he felt better physically not long after the transplant.

He felt better mentally after getting a piece of information from Manmeet's family. They told him the name Manmeet translated into English is 'Loving Heart.'

"And when they said that it was just like, you know, tears started running down like crazy. 'Loving Heart' and here I've got his heart," Brittell said. "Just another way you can't explain it. You can't say thank you enough."

Credit: Courtesy photo
Rick Brittell and his wife are pictured here with his heart donor's family.

The clocks have now ticked and tocked a year and a half since the transplant surgery and taken on a different meaning for Rick now that he has a heartbeat again.

"No matter what you're doing that time keeps on ticking," Brittell said. "A constant reminder, that I'm on borrowed time, too. Extra time."

As mentioned earlier, Rick Brittell says he is healthy and still feels great.

He also says he knows how important support from others can be after receiving a transplant. That's why he has an informal support group for organ recipients and their caregivers.

He says they're just a bunch of "kind-hearted" people who understand what recipients are going through.

Before the coronavirus, they would get together for breakfast and for "Pie Night" once a month at a local restaurant. They plan to resume those get-togethers once it's safe.

And if you would like more information about organ, eye and tissue donation and how to register as a donor, visit www.yesidaho.org.

RELATED: Watch this father tear up listening to the heartbeat of his deceased son

RELATED: Where you die can affect your chance of being an organ donor