'It's scary': Oregon twins born 14 weeks early, weighing just over one pound each

Cortlyn was born weighing 1.31lbs, and Lenni at 1.5lbs. Both girls are now in the NICU and are expected to be there for several months. 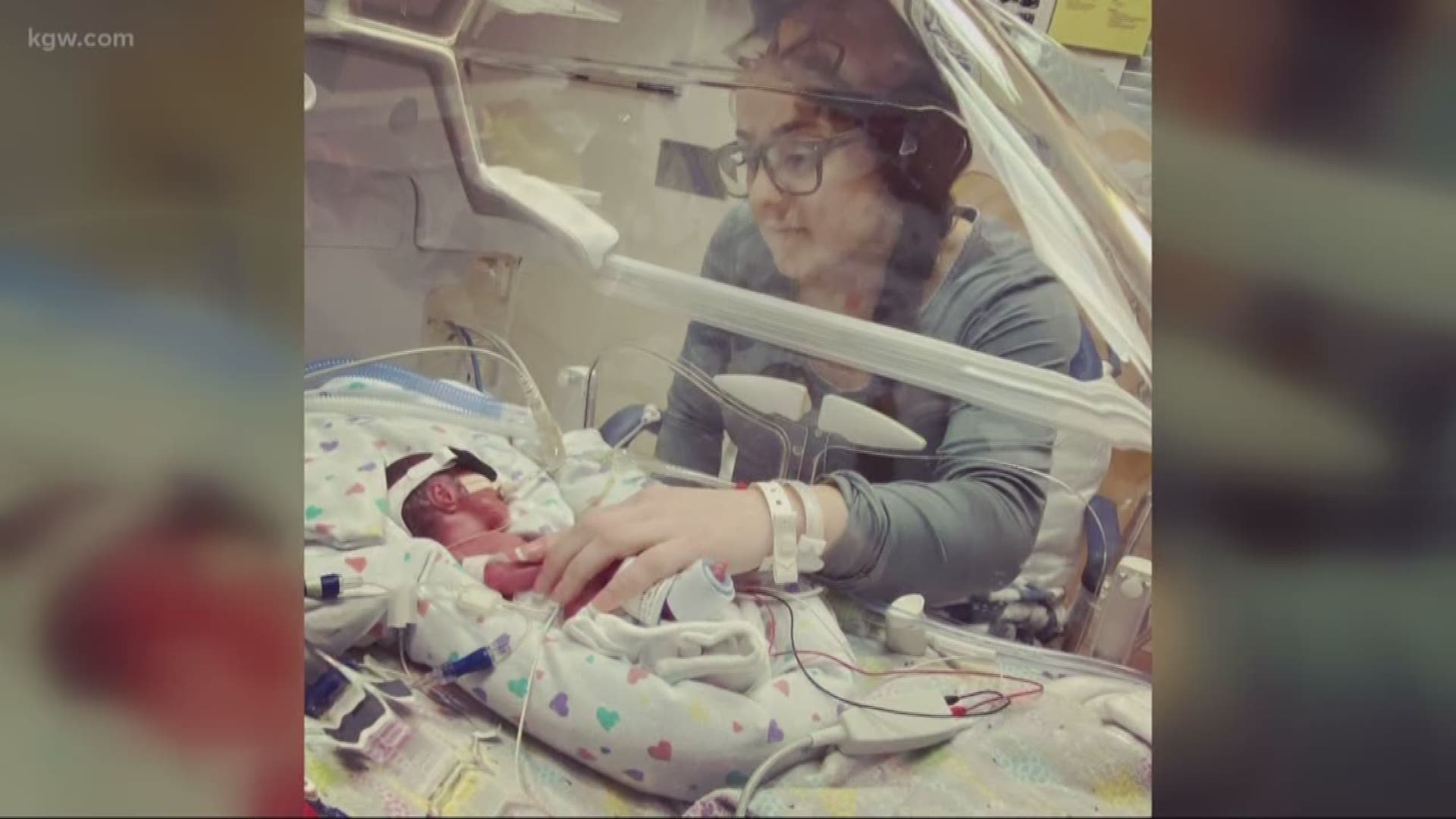 EUGENE, Ore. — Born 14 weeks early, newborn twins Cortlyn and Lenni Thomas have a long road ahead of them.

The girls were born early Wednesday morning to Cody and Shaunti Thomas, of Redmond, Oregon.

“Just being able to see them and touch them was really encouraging. It's just wild to see babies of that size, that can breathe. It's just wild,” Shaunti said.

Shaunti’s pregnancy was going smoothly, up until last week, when doctors noticed her blood pressure was high. At just 26 weeks into her pregnancy, Shaunti was diagnosed with a condition called Preeclampsia, which can lead to severe complications for both mom and baby.

Shaunti was flown to a hospital in Eugene, where she eventually underwent emergency surgery to deliver the babies.

Cortlyn was born weighing 1.31 lbs, and Lenni at 1.5 lbs. Both girls are now in the NICU and are expected to be there for several months.

This isn’t the first time the couple has experienced complications during childbirth. Their 13-month-old daughter Rue was born prematurely at 34 weeks.

Then, last Thanksgiving, Rue had to be transported to OHSU in Portland for surgery to remove an abscess from her neck. She’s since recovered.

Cody, who works in construction, must return to work Sunday and will commute between Redmond and Eugene. Shaunti will likely remain in the Eugene area for the foreseeable future. She hopes Cortlyn and Lenni will get to go home in April, which was their original due date.

“You never expect to be in a situation like this until you are in it. I just can't wait until we are all home together,” Shaunti said. “We are just so thankful, it's hard not to think, oh, I wish we were closer to home. It would be easier for us. But everything that has happened, has happened for a reason.”

If you would like to help the Thomas family, there is a GoFundMe set up for them.