"They groom families, they groom the parents, in order to have the relationship that they’re looking for,” said Jean Fisher, with FACES of Hope. 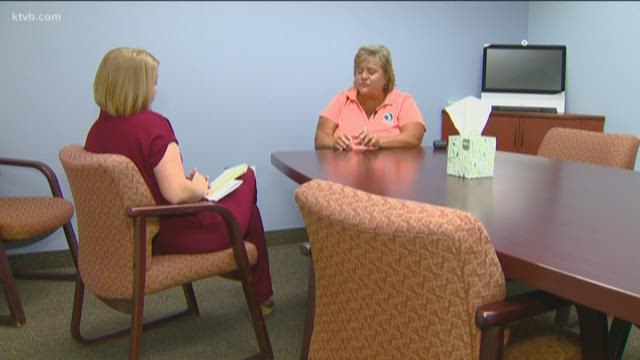 BOISE, Idaho — A Boise pastor remains behind bars Tuesday night on charges that he sexually abused a 15-year-old member of his congregation.

According to prosecutors, the girl was staying with Welty for the weekend because her parents believed spending time with their pastor would help her cope with anxiety.

Welty sexually abused the teen under the guise of giving her a massage, court documents show.

Welty's case is not the first sexual abuse case dealing with an offender who is in a position of authority or trust with the victims.

So in those cases, how can parents determine who to trust around their child?

KTVB went to FACES of Hope, a center in Boise for victims of abuse and violence, and asked if there was a "predator profile" - common traits or signs that someone might be a predator.

“I really wish I could tell you there were certain traits or those signs you could watch for to figure that out. Unfortunately, I don’t think that there is,” said Jean Fisher, chief operations officer at FACES of Hope. “There is no socioeconomic anything to a sex offender. It’s not somebody who’s particularly poor or rich or uneducated or on drugs.”

Fisher, who also works in the special crimes unit with the Ada County Prosecutor's Office, said predators can wear many different faces. They can be a favorite teacher, a friendly neighbor, a relative or a pastor.

“That’s truly what makes these cases so insidious is that they take the normal and turn it upside down so that things just never feel the same, look the same and they’re really difficult to distinguish,” she said.

“Often times I talk with jurors or I talk with folks and I talk about the birds of prey that are up and down the river," Fisher explained. "A bird of prey is very much a predator and it can’t get every fish. It can get the one that is most vulnerable. The one that is most juicy, the most attractive, the most delicious and they are very much a predator. Sex offenders are predators. They look for things that attract them.”

In sexual abuse cases, there is also a lot of manipulation happening.

Offenders groom children because they want to build a trusting relationship so the abuse can continue, unnoticed. But in order to achieve that, Fisher says it's not just children that predators target.

“Offenders don’t just groom children. They groom families, they groom the parents, in order to have the relationship that they’re looking for,” she said.

That leads parents to the mindset of not perceiving that person as a potential threat to their child.

“It’s not just that you trust your child with that person," Fisher said. "You trust that person with your child."

Grooming can come in all forms - flattery, shame, guilt, personal relationships with family members. In Welty's case, the alleged crime centered around religion. Fisher said sexual predators will sometimes groom their victims by manipulating their spirituality and their trust in a religious leader.

There can be many potential red flags when it comes to sexual abuse and it's hard to pinpoint specific warning signs. However, a few examples of longer-term red flags that might appear are things like one child being treated very differently than others. That can include special treatment, favors, even the way they are punished.

While it can sometimes be hard to tell if a person you trust is actually trustworthy with your child, Fisher said the most important thing when it comes to sexual abuse cases is believing a child if they say something is happening.

“A lot of times, children will disclose to a parent and the parent will express disbelief," she said. "‘No, it couldn’t possibly  happen. Because it was my pastor, my priest, your favorite teacher, our tutor, your grandfather. It couldn’t have happened.' And it immediately will stop a child from going any further [in talking about it.]"

Some possible signs that a child has been, or is being sexually abused, are things like isolating themselves, poor sleeping habits, suddenly doing poorly in school or not wanting to be alone with a certain person anymore.

It's important to get victims of abuse help right away. FACES of Hope is one resource that can help with that.