Officials with the FBI, Homeland Security and U.S. Postal Inspectors have been going through homes and businesses in Boise and other Ada County cities. 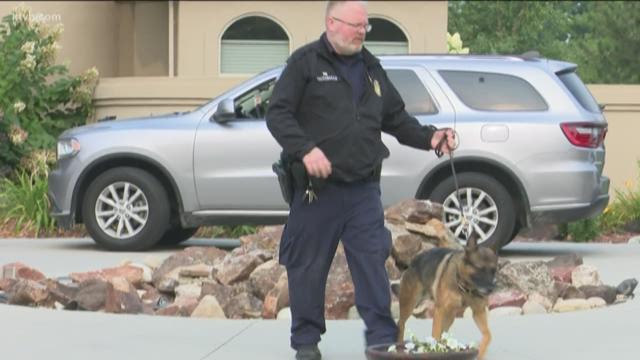 BOISE — Update on Aug. 23: 16 people have been indicted in counterfeit phones and drug trafficking investigations in a 'multi-million dollar scheme.' We have live updates from the courtroom during the arraignment of those arrested.

Original article published Aug. 22: Ten people have been indicted on wire fraud, counterfeiting and money laundering charges in connection with an allegedly massive scheme to peddle counterfeit iPhones and other tech gear in the wake of FBI raids at several Boise-area businesses and homes.

The raids Wednesday morning involved agents from the FBI, IRS, Department of Homeland Security and U.S. Postal inspectors and were carried out at homes and businesses owned or associated with Pavel, Gennady and Piotr Babichenko as well as others.

According to the indictment filed in Boise's U.S. District Court, the group is accused of selling counterfeit Apple and Samsung cell phones and gear on websites like Amazon and eBay.

Calls to some of the many businesses where the Babichenkos are listed as registered agents were unanswered.

So far, agents have raided an unmarked business on Bridger Street in Boise, a home on West Spruce Creek Drive in Meridian, and two large homes located across the street from each other on Pasa Tiempo Way.

According to the Ada County Assessor's Office, the two homes in Eagle belong to Gennady Babichenko and Pavel Babichenko, respectively.

All five businesses are listed as operating out a single suite. FBI agents could be seen carrying boxes and bags out of the building.

According to the U.S. Attorney’s Office, the raids are connected to several federal indictments and arrests. The names of the people indicted and their charges have not yet been released. A press conference scheduled for 10 a.m. Thursday. Watch it live on Channel 7 and KTVB.COM.