Family: Newlyweds killed in accident minutes after getting married 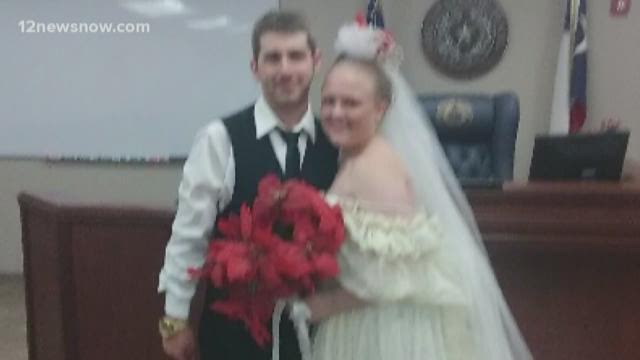 ORANGE, Texas — A newlywed couple was killed in a crash minutes after tying the knot in Orange County, family members said.

The accident happened across from the Orange County Airport on Highway 87 around 3 p.m. Friday, August 23. Police tell 12News Harley Morgan, 19, and Rhiannon Boudreaux, 20, were both killed.

Family members say the couple's car was hit by a truck when they were leaving the parking lot of the Justice of the Peace following their nuptials.

"My worse nightmare happened right in front of my eyes, Harley's mom, Lashawna Morgan said. "If you have kids, go home and hug them, because I don't have my kid, I don't have the one thing in my life that made me happy."

Family members were in cars behind the young couple when the accident happened. Morgan's mother witnessed the accident and says she ran to the vehicle to try and help.

Credit: Family
Family members shared this photo of Rhiannon Marie and Harley Joe Morgan. The couple was killed in a crash minutes after tying the knot.

"The only thing they wanted was to get married and start their life," Morgan's mother LaShawna told 12News. "The two of them had so many dreams, and they wanted their family surrounding them."

Family described the couple as high school sweethearts who have been dating on and off since eighth grade. The two decided to get married Friday.

Police say the same Justice of the Peace who married the couple also pronounced the couple dead at the scene.

Police say a man driving a F-250 pickup truck was towing a trailer with a tractor when he hit the car with Boudreaux and Morgan. Police say the driver of the truck was not injured. 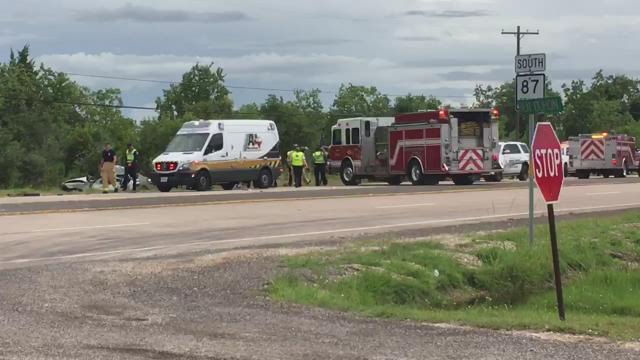 Video from the scene shows a badly mangled car in a ditch. The crash closed Highway 87 for most of Friday afternoon.

The accident report is still being completed as of Monday morning, Orange Police Capt. Robert Enmon said. Police are still in the middle of a forensic examination and getting a black box from the driver of the pickup truck.

The driver of the truck voluntarily submitted to a blood test and results are pending, Enmon said.

Orange Police said they do not suspect drugs or alcohol played a role in the accident since the initial investigation showed the groom failed to yield right of way and pulled out into traffic.