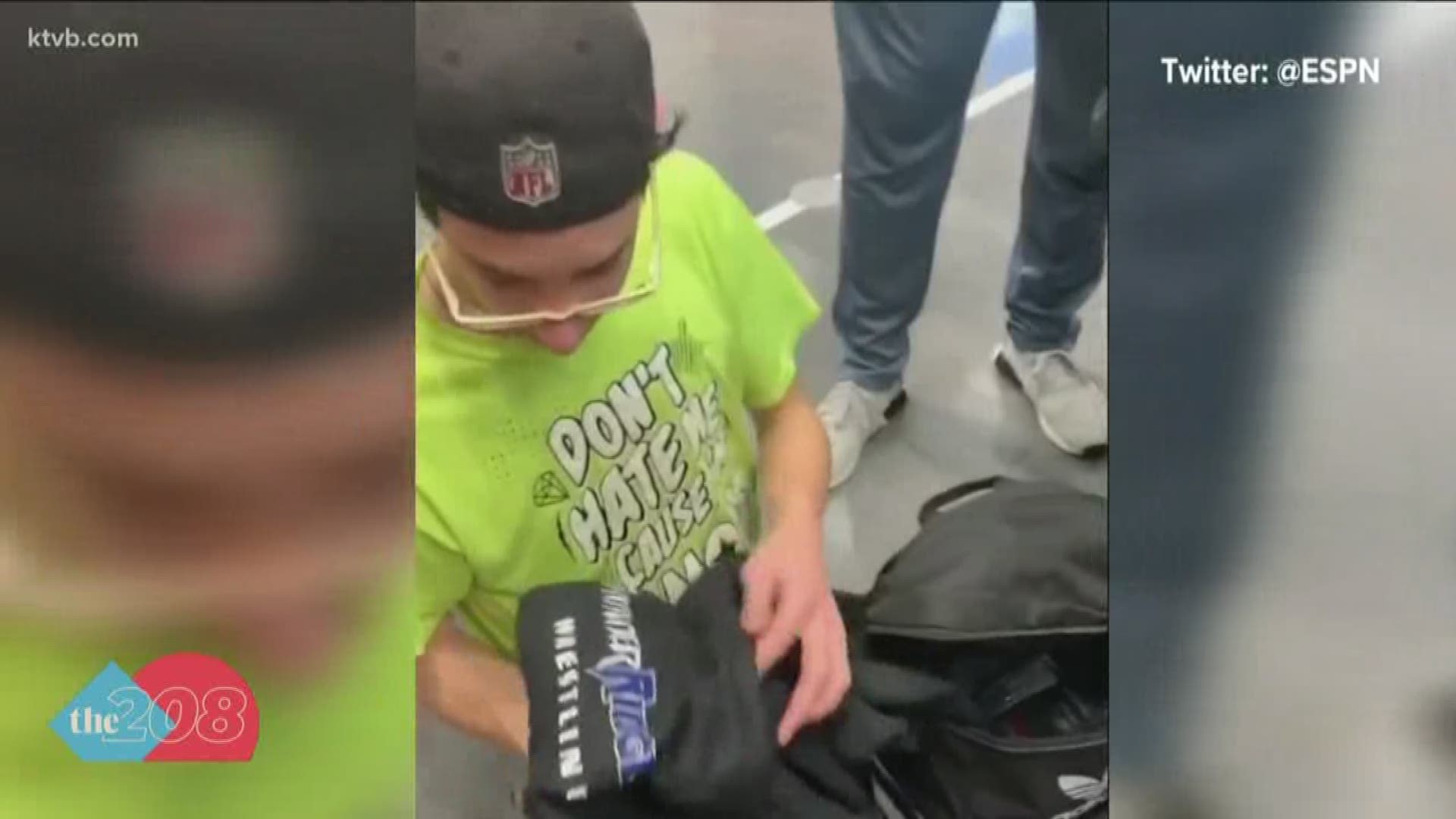 IDAHO FALLS, Idaho — ESPN, the self-proclaimed worldwide leader in sports, tweeted a video from Idaho Falls, of all places.

According to the tweet, after his mom died a few years ago, this young man's family has struggled to pay the bills, often leaving him wearing the same clothes and shoes.

So his classmates at Thunder Ridge High School in Idaho Falls chipped in for his birthday.

They surprised Dylan with new shoes, clothes, even football gear.

Even better, it's gotten the attention of pro athletes like Tyler Lockett of the Seattle Seahawks and Cam Heyward of the Pittsburgh Steelers. Both have reached out, asking how they can help.

RELATED: Boise State football: Every schedule has its quirks