Parents plan to attend the upcoming board of trustees meeting asking for a change in mask policy for the last two weeks of the year. 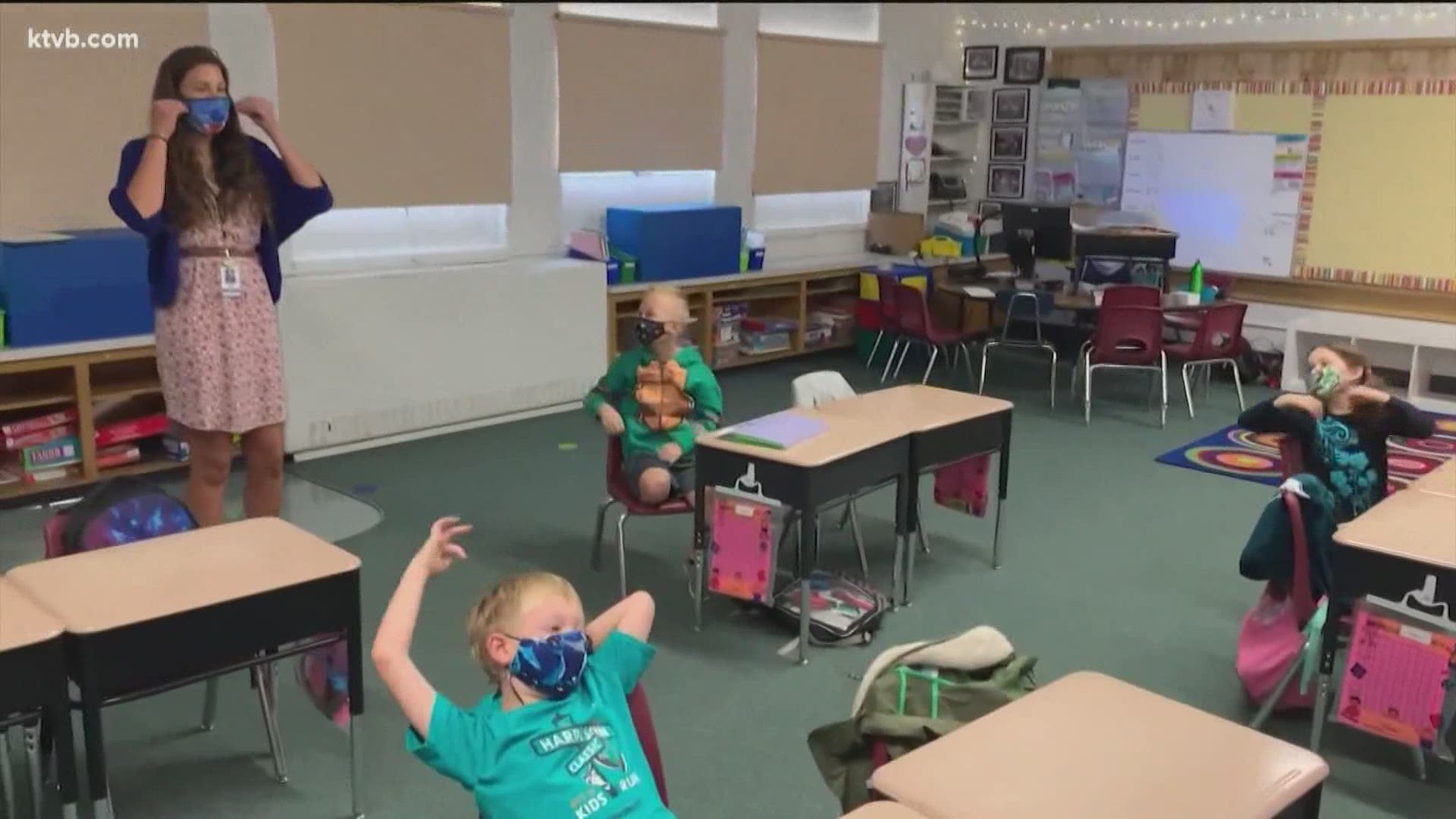 MERIDIAN, Idaho — With only a month-and-a-half left in the school year, some West Ada School District parents seek to make a change regarding masks before school lets out.

Masks are part of the West Ada current dress code, which will last at a minimum through the end of the 2020-2021 school year.

"Now, if that were to change it would take an action from our board of trustees," said Char Jackson, a spokesperson for the West Ada School District.

Binetti and other parents aren't waiting around for that possibility.

"We're just a group of parents, we're respectful, we're resolute," Binetti said. "We just want to make our case to the West Ada School Board that masks should be made optional for the last two weeks of the year.

Binetti created the website, Smile West Ada. It's a forum for parents, teachers and staff to sign up and get resources to reach out to their board of trustees members and share their thoughts on masks.

"We encourage anybody who has opinions on both sides of this issue to make their voice heard," Binetti said.

With only a few weeks left in the year, why push the option to wear masks now? Binetti said the optional masks could serve as a trial run, so if problems do arise, the school district could adjust before next year.

"Nothing magical is going to happen in the next two months that's going to make their decision any more or less difficult," Binetti said. "If we have the option to do now before the end of the school year we should take advantage of that."

The West Ada School District said the board acknowledges the feedback from families and staff around the district. If there is public comment on the agenda for a board meeting, they welcome anyone, like Smile West Ada, to voice their opinion.

"We do listen to feedback from our parents, patrons and staff and take all of that into account when we've been making decisions this whole school year," Jackson said.

The school district will release the meeting's agenda by the end of the week. At that point, people will know if public comment will be allowed.

West Ada School District is currently focusing on what summer school and activities will look like in terms of masks.