Board members voted unanimously Tuesday night to approve the district's sports plan. But not everyone will get to attend games for the time being. 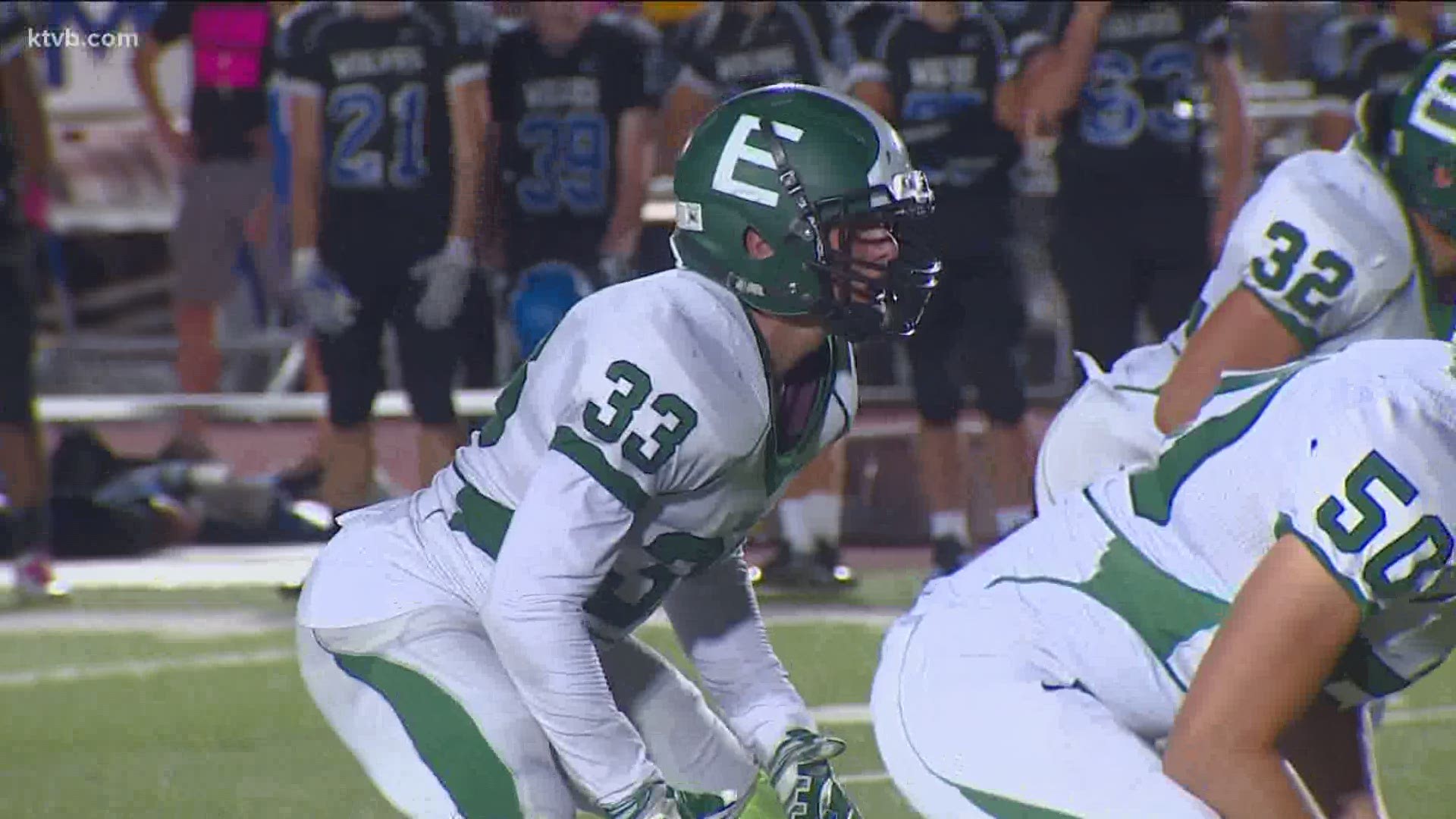 MERIDIAN, Idaho — High school sports will kick off in the West Ada School District as early as Wednesday.

After a nearly month-long delay due to the coronavirus pandemic, teams were given the all-clear Tuesday night after a unanimous vote by the district's board of trustees.

They approved the district's return-to-play plan.

But before players can suit up, a few things need to happen.

Players must complete at least 10 official practices with the team before any official games can be played. Most West Ada teams have been allowed to practice since August 17, but games, which were scheduled to kick off last week, were off-limits.

Only participants, coaches and essential personnel - game officials, medical staff, event staff and security - will be allowed to attend games, at least until Central District Health moves Ada County out of the red category.

If West Ada is moved to the yellow category, then parents of the players will be allowed to attend the games. If the district is moved into the green category, then they'll allow the stadium or gym to fill up to 28% capacity.

If the district does get to the yellow category and parents are allowed, the district will use the following criteria to ensure a safe and secure environment:

West Ada activities director Jason Warr told the board that the players and parents are willing to do what it takes to play games.

"They would jump through a wall to be able to play," he said. "We will continue to work on that process. I'm sure any parent that is here, they will do what is necessary. Extracurricular is extra, it's a privilege to come out and they want out. Those kids outside, they want it."

Warr referenced a group of parents and students who were outside the district office protesting. They were protesting the online start to the year and calling on the board to allow the kids to play games even if it meant no fans at first.

"I understand that parents are like 'man I want to watch my kid, I want to be there,'" He said. "I have a freshman and a senior playing sports. I want to be there but I want my kids out there. That is my priority. So, I'm going to go with that first then we will re-evaluate next week. That's all we can do right now. It's gonna be this way all year."

According to the plan, if there is a positive case on a team, they will utilize a decision-making framework to consider what to do. That framework includes having Central District Health providing input on the level of community spread, contact tracing, determining the extent of exposure risks, identifying the positive cases and how many there are, looking at current absenteeism rates for students and staff, looking at the available healthcare resources, and additional considerations.

Board members voted 3-2 at last week's meeting to begin the school year in the red category, meaning at least the first week of the school year will be done through remote learning only.

Students may be allowed to return to the classroom in person after the first week if Central District Health moves Ada County into the yellow category, which indicates mild to moderate community spread of the virus, or if decided by the West Ada superintendent and district officials.

The first day of the school year was previously pushed back to Sept. 8 from Aug. 27.

Not all parents were happy with the board's decision to start the school year online. Several hundred people protested outside the West Ada district offices in Meridian on Monday morning, asking officials to reverse the decision and allow the option for students to return to school in-person.

A smaller group protested outside during Tuesday's meeting.

Other parents have publicly supported the move, saying that the board's decision keeps students, teachers, and school staff safe.

Coronavirus rates in Ada County, where the West Ada School District is located, lead the state with more than 10,000 cases, as well as a high rate of community spread, according to the health district.

Watch the full board meeting on our YouTube channel: