The appointment of a new chair comes after former Chairman Philip Neuhoff submitted his resignation from the board during the Dec. 8 meeting. 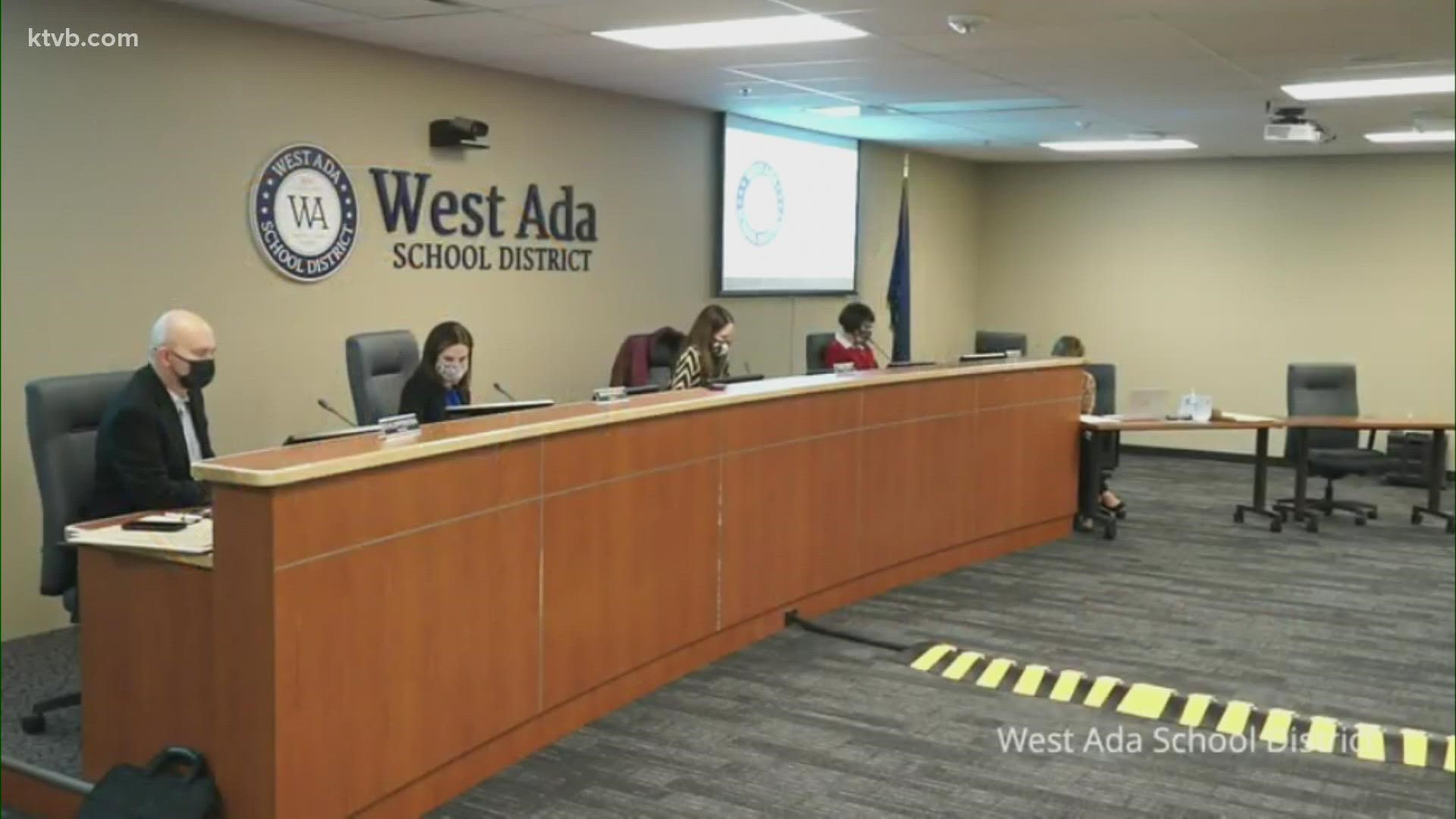 MERIDIAN, Idaho — The West Ada School District Board of Trustees met at 6 p.m. on Tuesday night for a regular session meeting. During the meeting, the board appointed a new chair and vice-chair.

Zone 2 Trustee Amy Johnson will now serve as Chair, and Zone 5 Trustee Rene Oza will serve as Vice-Chair. The motion to appoint the two passed unanimously.

The board planned to appoint a new chair after former Chairman Philip Neuhoff submitted his resignation from the board during the Dec. 8 meeting. He made the announcement after testimony from a West Ada parent who stated the recall efforts against him had been certified.

"A lot of me doesn't want to put up with bullies like people that are leading this recall. In general, I would stand here and stay on the board and fight. But as it would happen, this afternoon as I was pondering all of this, something happened that made me realize there are other things in my life that I need to attend to. While I would dearly love to sit and fight these people at the polls, I think it's the right time now for me to step aside and take care of the rest of my things," Neuhoff said during the Dec. 8 meeting. "So after the meeting, I'm going to hand the clerk a letter of resignation that goes into effect at 11:59 this evening. It's been a pleasure serving with you all."

In addition to position appointments, the board discussed attendance boundaries for several schools within the district, including the new Owyhee High School. The board does this every few years to ensure schools do not become overcrowded.

A vote on this discussion will be held during a special West Ada School Board meeting on January 19.