The district is already overcrowded in both middle and elementary schools, with further growth projected. 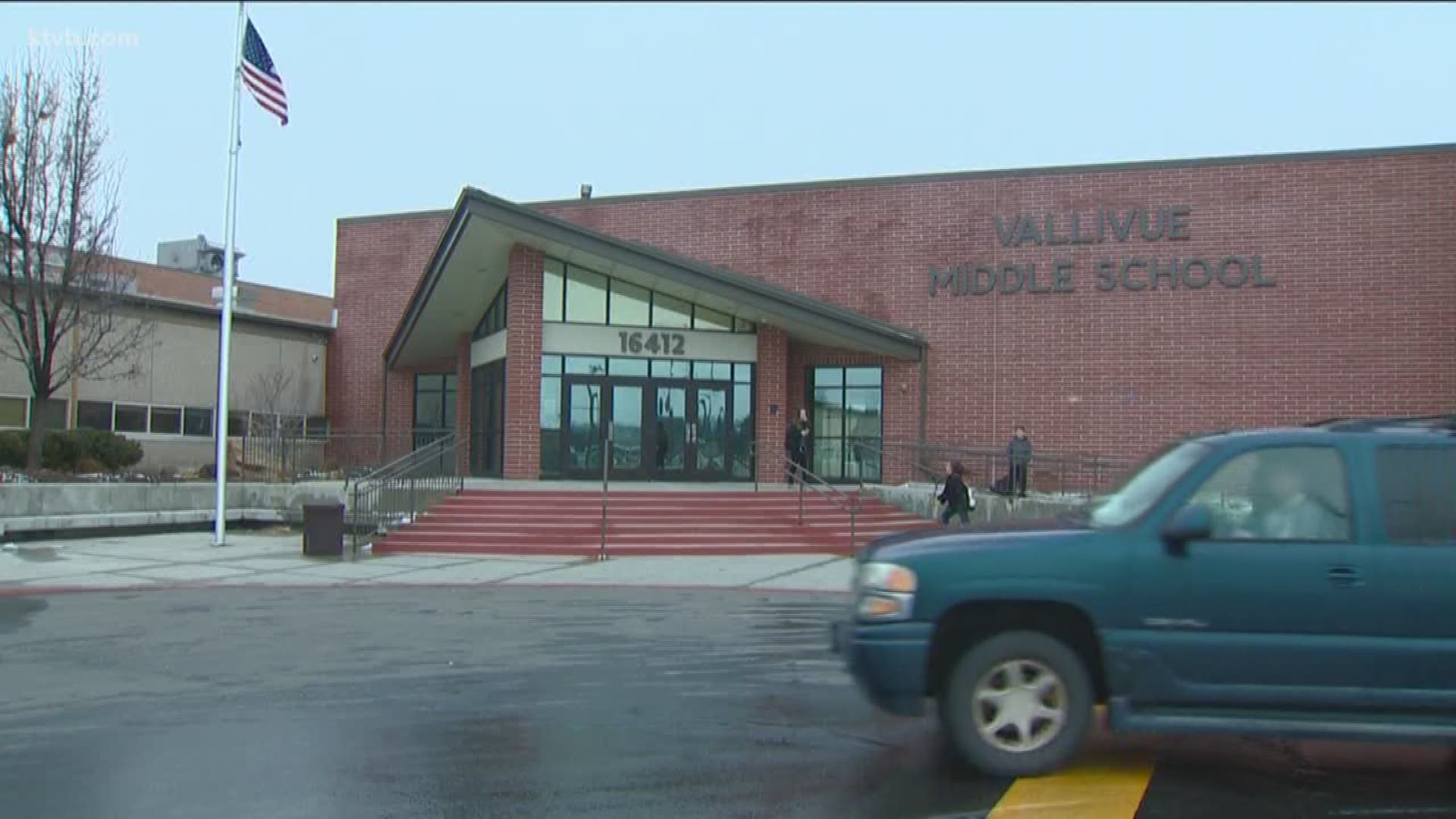 CALDWELL, Idaho — Growth can be seen across much of the Gem State in recent years – and that includes growth in many of the local school districts.

To keep up with a growing number of students, several local districts are trying to pass bonds or levies to construct, expand or repair school buildings.

Vallivue School District is looking to voters in March to pass a $65.3 million bond. That bond will be used to make several changes including renovating one of the current middle schools.

Built in 1963, Vallivue Middle School is the oldest building in the district. Joey Palmer, a director with the school district office, said the middle school needs a lot of upkeep work done.

“It’s built to hold 288 students,” Palmer explained. “We have 976 students so logistically it’s a scheduling nightmare.”

The foyer and front office area also needs to be improved for student safety.

“It’s an open foyer – the office is set in the back, which is a terrible security setup,” Palmer said. “We need to have eyes to know exactly who’s coming in and out at all times.”

He said the plumbing also needs work because most of it is the original plumbing from the 1960s and is starting to rust or fall apart.

But the bond will go to more than just repair work on one school. Palmer said a lot of upkeep will be done on multiple buildings in the school district, as well as improved security features for the schools.

The bond will also help address the overcrowding, particularly at the middle school level. If the bond passes, a third middle school would be built.

Vallivue Middle School has a capacity for 1,000 students, and the district expects to be over capacity by the 2019-2020 school year. 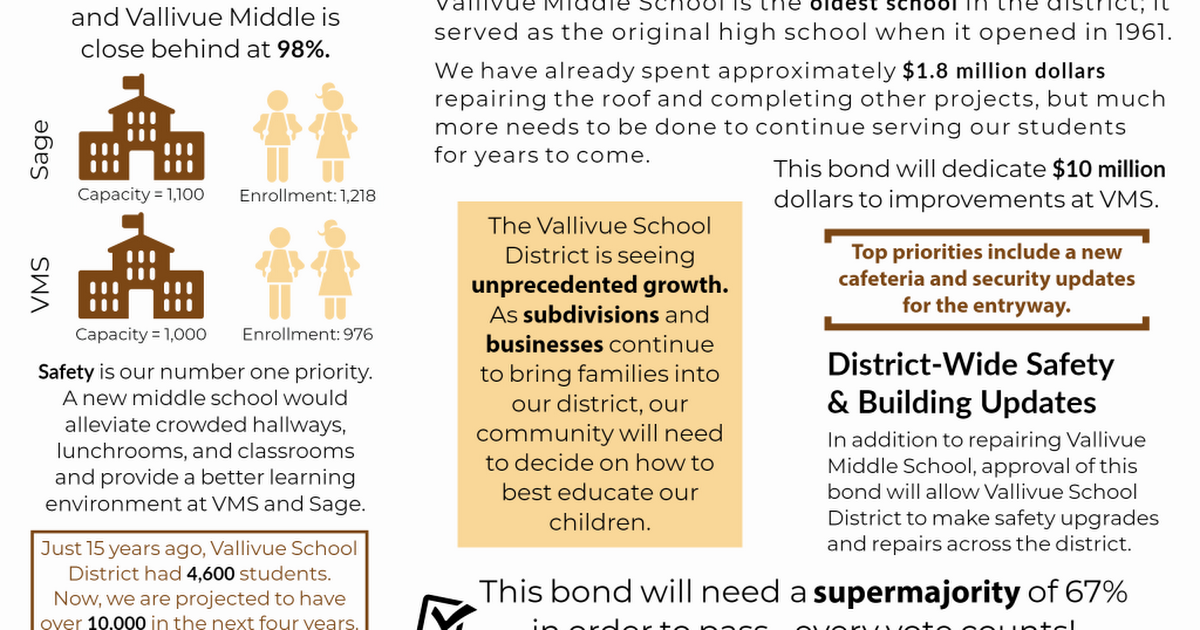 Sage Valley Middle School has a capacity of 1,100 students. Right now, the school is already more than 100 students above that number. Modular units have even been brought in to add more classroom space.

“Modular buildings – just think of a trailer converted into a classroom,” Palmer said. “I don’t think anybody wants their kiddos going out of a building into inclement weather where they could potentially be tardy for class or slip on the ice on the way out there.”

Plus, Palmer added, it’s not a secure building and it’s also not built to last.

Another component of the bond would be for the district to be able to buy land to use for building more schools in the future.

Palmer said another elementary school will be needed in the near future.

“Right now, all of our elementary classrooms at each school, we’re using portables or we’re just at zero classrooms left,” he said.

Palmer told KTVB the school board originally looked at passing a bond for both a new elementary school and a new middle school but that number was even higher than the $65.3 million. So he said the middle school was determined to be the biggest need right now.

He said currently the tax levy rate is the lowest its been in 15 years so the school district thinks now is a good time to pass the bond. The bond would not increase taxes for residents in the district.

According to Palmer, there were other options and bond amounts discussed but for everything the district needs, the current amount was considered the most cost-effective.

“The sooner we can get the land the better. As we all know, land goes up in value and so the longer we wait, the more expensive it is,” he said.

Palmer said if the bond doesn’t pass, the district will have to find other solutions to cope with the overcrowding – and he said those solutions could hurt the district.

Palmer said increasing class sizes would affect the quality of education because teachers would have too many students to handle.

The bond needs a super-majority, or 67 percent of the vote, to pass.

To see a list of what issues are on the ballot in your county, check out KTVB’s online voter guide.