Teachers unions to local school districts: 'If a global pandemic doesn’t qualify as a 'rainy day,' we don’t know what does'

In an open letter to school districts, teacher unions called on districts to not cut staffing levels when facing budget cuts. 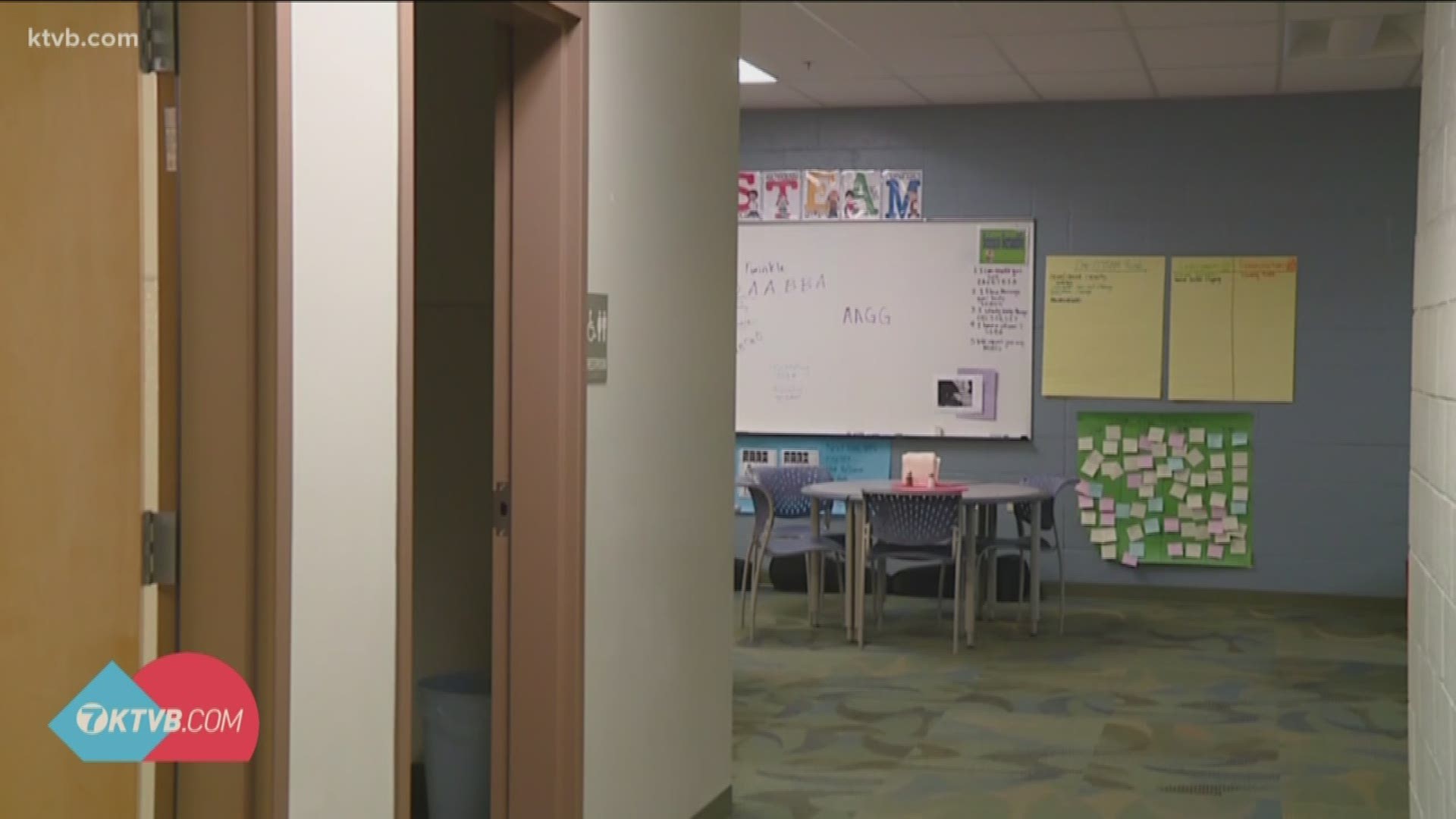 BOISE, Idaho — Presidents of 18 education associations in Southwest Idaho have signed a letter urging school districts not to cut their budgets amid state budget shortfalls. The teachers' unions are asking school districts to hold off on budget cuts and instead use other funding resources, such as "rainy day" and federal emergency relief funds.

"If a global pandemic doesn’t qualify as a 'rainy day,' we don’t know what does," the letter states, which was signed by 23 leaders of education associations, including West Ada, Boise, Nampa, Caldwell and Kuna. "These funds should be used prior to any cuts to personnel and the services they provide."

Eric Thies, the president of the West Ada Education Association, said it’s more important than ever to ensure public schools can provide a stable environment for students when they return to school.

“We think it’s really important to support the students through this COVID crisis,” he said. “They’ve experienced some trauma that nobody else really has.”

Gov. Brad Little sent a memo Friday to Idaho school superintendents outlining plans for a likely 5% budget cut next year, Idaho Education News reported. On Monday, his budget director, Alex Adams, told the Idaho Press the needed reductions throughout the state budget likely will be much larger — between 8.6% and 14.4%.

No formal action has yet been taken, but the governor’s plan calls for 5% in general fund holdbacks across the state budget, including public schools, with the rest of the gap to be made up by tapping rainy-day funds and federal coronavirus relief funds, Adams said.

“Idaho has worked diligently to rebuild its rainy-day funds for times like these,” he said. “The 5% we’ve indicated is taking into account the amount we intend to use from the rainy-day funds as well as federal funds."

“We do intend to use federal funds to the extent it’s allowable under the law to make up the difference,” he said. “We also are looking at the use of state rainy-day funds, but we also know this could be a two to three-year budget impact, so we will try to meter it out.”

In their letter, educators said, "Some districts in Idaho are considering budget cuts that would destabilize school environments and, at worst, deny students access to vital services they now, more than ever, will depend on when schools reopen. Now is not the time to hit the panic button and start slashing education budgets."

“Anytime you cut a position, you’re cutting a service to a student,” Thies said. “You’re reducing the safety and stability of those schools and we just can’t risk that right now.”

Thies couldn’t recall what school districts have discussed cutting positions, but he did say cutting positions like counselors, custodians, or classroom staff will have a detrimental impact on students.

“So, when we talk about cutting counselors, they’re the people in place that not only support the students but the teachers that also support the students in their classrooms,” Thies said. “Cutting that further stretches their resources even thinner and it’s going to remove that support that most of us think students are going to need in August.”

RELATED: Ybarra files lawsuit over budget cuts to the Idaho Department of Education

School districts should also be hiring more custodians to keep up with cleaning and sanitizing rather than cutting those positions, according to Thies.

“If we start talking about cutting custodians, when they’re already stretched thin, we need to increase custodial staff really to support returning to schools,” he said.

He also explained why school districts would look to cut positions when facing budget cuts.

“Schools run on very tight budgets in Idaho, and it’s very difficult to balance those budgets, and normally a large percentage of a school's budget is salaries,” Thies said. “So, when they receive budget cuts, even small ones of a few percent, that’s their gut reaction is if we just reduce some staff, it’s very easy to make the budget balance.”

The education association members insist budget cuts aren't necessary because there are funding sources available, such as "rainy day" funds and federal emergency relief funds through the CARES Act. The Idaho State Board of Education in April announced it would receive $48 million in CARES Act funding, which will be disbursed to school districts and charter schools based on their proportional share of Title I funds that they receive.

“I think there might be a perception that we’re just cutting and leaving these other sources on the table, which is not the case,” Adams said.

Rep. John Gannon, D-Boise, called for tapping the state’s tax relief fund, which holds millions in online sales taxes, rather than cutting school budgets. Already, the governor has transferred more than $39 million from that fund to the state’s disaster emergency fund to cope with COVID-19 impacts, but those funds likely will be reimbursed from federal coronavirus aid. If the fund is fully reimbursed, it’s projected to hold up to $80 million by the end of the state fiscal year June 30, which still would fall short of the proposed $99 million cut to the school budget next year.

“The internet sales tax relief fund needs to be immediately redirected to our kids to reduce the spending cuts,” Gannon said in a statement. “And let’s look at the rainy-day fund. It certainly is a rainy day, and this turmoil should not be used as an excuse to once again hurt public education.”

Adams said Little already has “viewed that (tax relief fund) as a potential option … for rainy-day funds,” as evidenced by the transfer to the emergency account. However, he said, “The tax relief fund is statutorily limited to tax relief, so it would require an act of the Legislature.”

Adams said Little sent the memo to school districts now so they could plan for the cuts as they set their budgets for next year.

“I think overall, it’s safe to say we are looking at all options and look forward to working closely with the Legislature in January 2021 to finalize the budget and make sure this budget works,” he said.

More from our partners at the Idaho Press: Ada County rolls out Expo Idaho as hub for remote court hearings