KTVB reached out to Boise, West Ada, Nampa and Caldwell school districts to find out if they are considering later start times at middle and high schools. 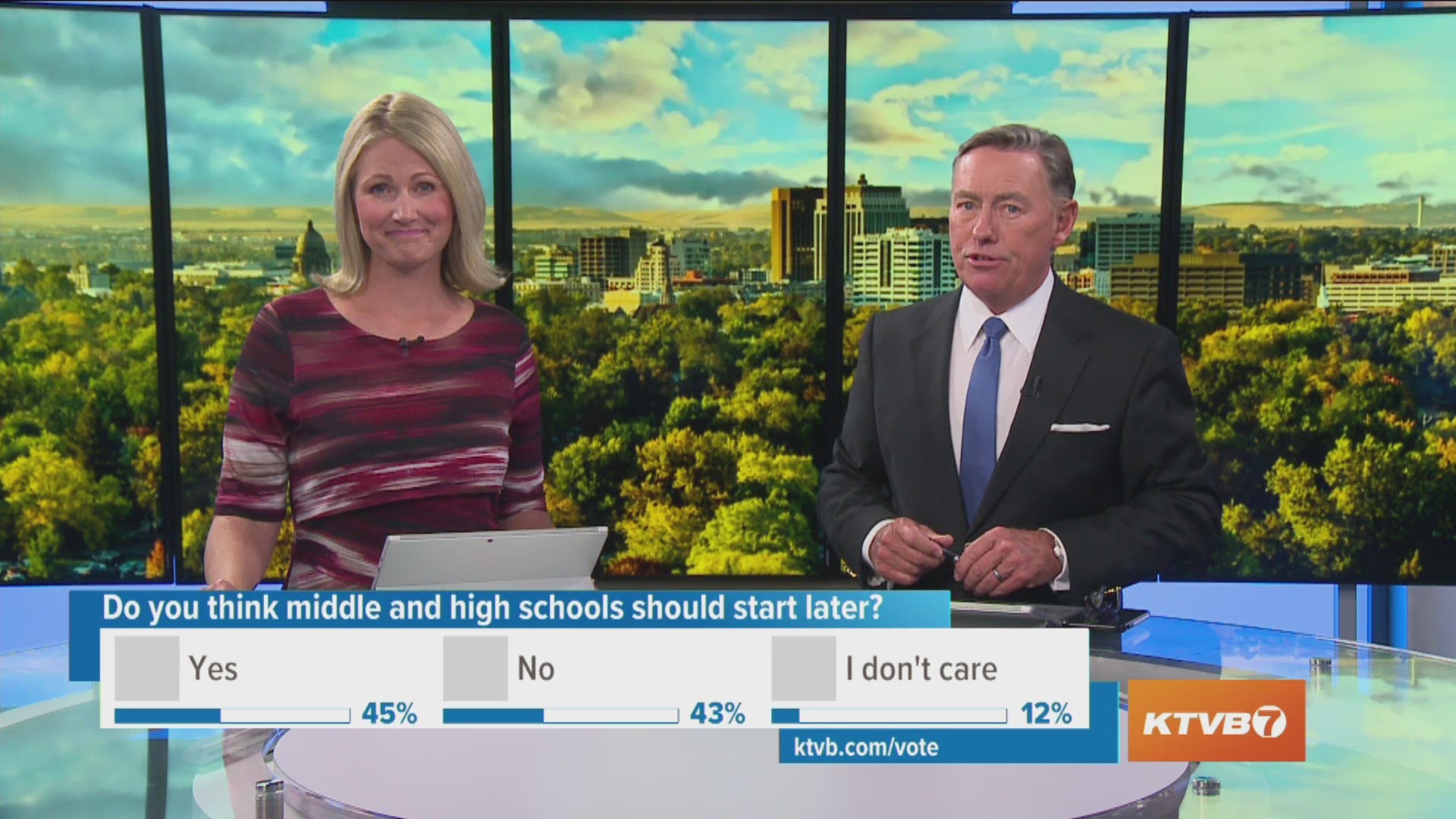 MERIDIAN, Idaho — Waking up for school can be a struggle for some teens, but beginning on July 1, 2022, some students in California will get to sleep in a little longer.

“The American Academy of Pediatrics in 2014 put out a policy statement arguing that teenagers did not get enough sleep with the current school schedule,” said Dr. Naya Antink, a pediatrician at Saint Alphonsus Regional Medical Center in Boise.

“In Idaho, we don’t have a system where the state says everybody is going to do it this way or a minimum of this way, which I think is awesome because I think different communities have different needs,” said West Ada School District spokesman Eric Exline.

While California is the first state in the nation to do this, Exline says the West Ada School district has previously considered pushing back start times, but some challenges, like not enough buses to bus everyone at once, stopped it.

“Pediatricians like me have known for years that teenage biological clocks are different than young kids and adults, it is natural for their bodies to want to stay up later and sleep in later in the morning,” Antink said.

“All of us benefit from sleeping well," Antink said. "It helps us function better, it helps put us in a better mood and a lot of illnesses, both mental health illness and physical illness can be worsened if we're not sleeping well every night."

“I noticed that my older child, who is a freshman, has a hard time getting his homework done with extracurricular activities and sports and so come 6 a.m. he's exhausted and I think having a later start time would definitely benefit the older kids,” Poulson said.

A spokesperson for the Nampa School District told KTVB it is not currently looking to push back school start times, but it is something the school district has investigated in the past.

In a statement, Boise School District spokesman Dan Hollar said “During the course of the recent school calendar change, we received feedback from a number of parents & patrons regarding later secondary school start times. Given the complexity of this issue, we have spent time studying the impact on secondary student health, elementary school students, transportation, after school activities, parent schedules and the community overall. This preliminary work will be finished prior to the end of this first semester. We expect to announce further details on this process early in the new year.”

KTVB also reached out to the Caldwell School District, but have not yet heard back.