The board voted 3-2 Wednesday night to appoint Kristin Beck as interim superintendent. Beck replaces Sherawn Reberry who resigned after just 10 months on the job. 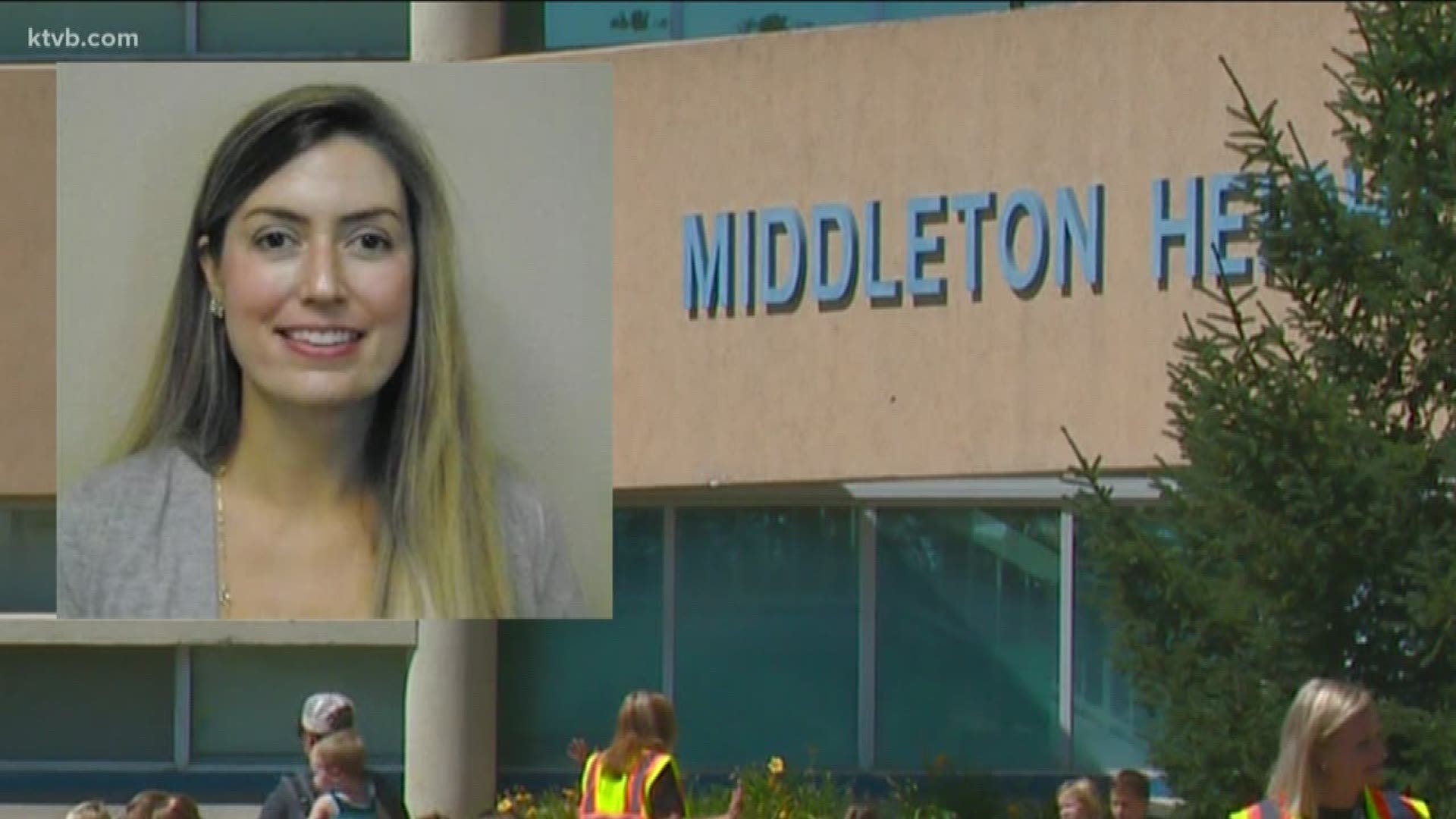 MIDDLETON, Idaho — The third time may be the charm for Middleton School District as it searches for its third superintendent in a year.

KTVB reached out to Reberry for comment but did not hear back.

Middleton had served as superintendent since 2015, and said in his resignation letter that he was leaving because of a "hostile work environment."

No reason has been given for Reberry's resignation but the district did confirm she has been on personal leave since May 27.

While on leave, the Middleton School Board appointed trustee Derek Moore as acting superintendent.

That sparked backlash from the Middleton Education Association, a local teachers' union.

The association sent a letter to the board on June 1, calling for them to remove Moore from the position. The complaint details that the board violated its own policy by appointing Moore and that it creates a conflict of interest. It also claimed Moore was unqualified for the job.

Two days later, on Wednesday afternoon, the board held a special session by phone. After roll call, the board spent 3.5 hours in executive session, which is closed to the public.

After coming out of executive session, Trustee Marianne Blackwell asked to be put on record.

"Chairman Adams? I would like to have noted on the record that during executive session, Trustee McConkie broke confidentiality," she said.

"Noted – that her husband came into her locked bedroom and she told him what she was doing," Adams responded.

Blackwell argued "it was more than that" to which Adams responded, "duly noted."

After putting that on record, the board unanimously voted to approve Reberry's resignation.

RELATED: Middleton's new superintendent: 'So many great things are happening out here'

A motion was then made to appoint Kristin Beck interim superintendent until a full-time superintendent can be hired. Beck is currently the human resources and communications officer for the district.

Blackwell argued against the appointment.

"In my opinion, I believe this is a mistake and there are a lot of allegations and suspicions under current conditions and I think we need an outside interim until we get things clearly figured out," Blackwell said.

"I think the same," he said. "I think we should have somebody from outside the district run things until we can get somebody new for that position."

Moore disagreed with his fellow board members, saying he felt it was in the best interest of the district to move forward with Beck.

"I fully believe in our group of staff that we have," he said. "We have a lot of work to do right now. We have a lot that needs to be done in a very short period of time and I believe it's in the best interest of our district and our students that we don't take steps backwards and we continue to move forward."

"I agree that it's in the best interest of the district to keep the people that are here continuing – we just have so much to get done and not a lot of time to do it," she said. "They know what's going on and we need to keep moving forward."

With Adams also voting in favor, the motion passed 3 to 2, and Beck will take over as interim superintendent, effective immediately. The district will look for a permanent replacement.

Beck has been with the Middleton School District for nearly a year. She has a superintendent credential, as well as two graduate degrees in educational leadership. Her previous work in education includes working as an elementary school teacher in Twin Falls for six years. She also worked as the superintendent and federal programs director for the Hansen School District for five years.

The resignation of another superintendent is the latest in a string of staffing changes and controversies for the district in recent years.

RELATED: Recall efforts to remove three members of the Middleton School District Board of Trustees fail

RELATED: 'I’ve never seen anything like this': Third Middleton School Board member now up for recall

RELATED: 'We just all need to remain calm': Middleton High principal talks about his dismissal, calls for civility