"We will definitely do it if we have to, but it's not going to be in our son's best interest at all," Shannon McNall said of online learning. 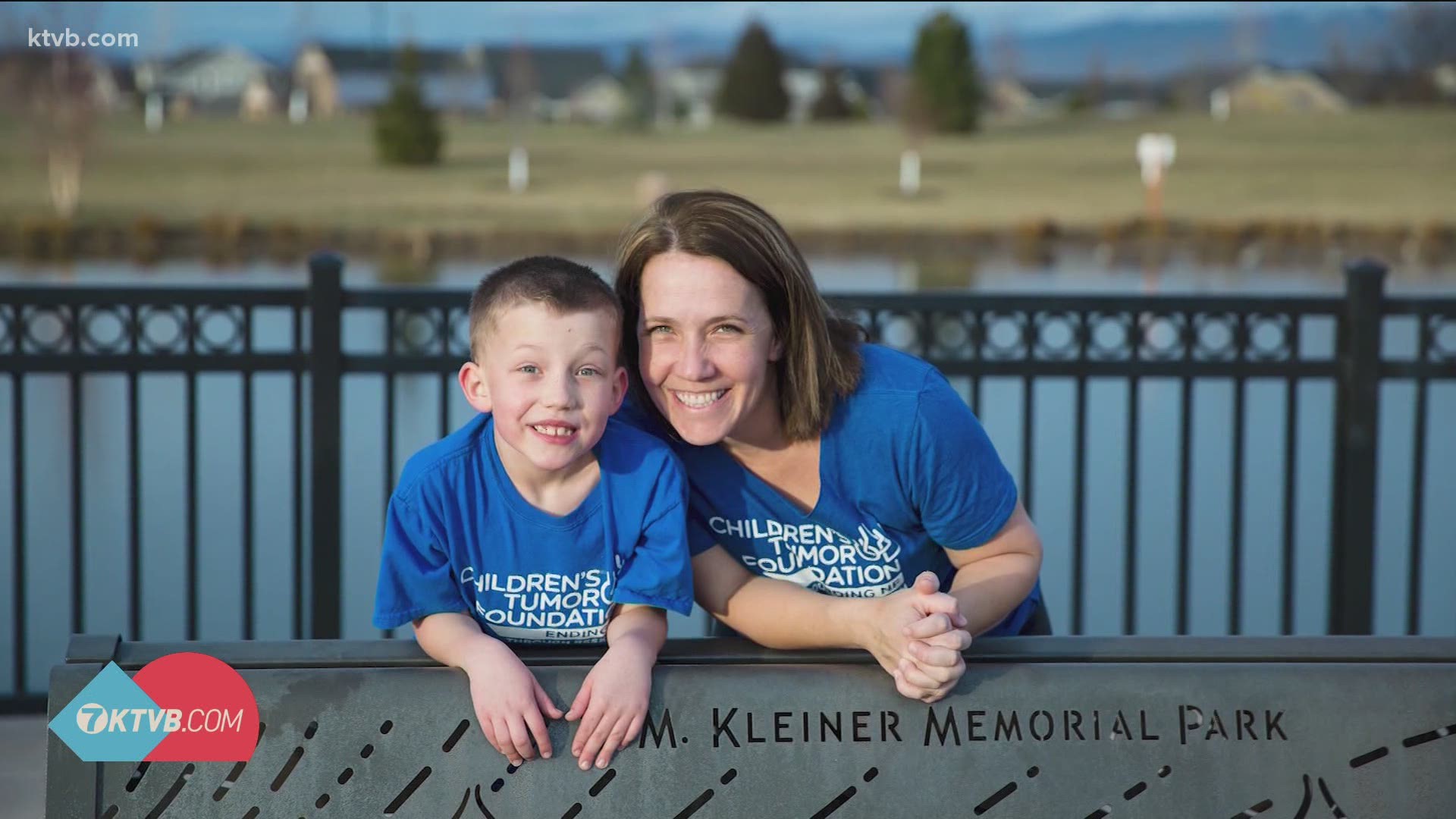 BOISE, Idaho — Ask any parent, and most of them would probably agree that facilitating online learning at home while trying to work full- or part-time would be a challenge.

But Shannon and Walter McNall are especially worried about how it's all going to work as parents of a child with special needs.

Their son Carson was diagnosed with a genetic disorder called neurofibromatosis, which causes tumors to grow anywhere on the nervous system.

"For Carson, the real complications have been the cognitive complications," Shannon NcNall said. "He has executive functioning, working memory, ADHD, anxiety and so he has quite the extensive IEP (individual education plan).

"We've worked with the schools for seven years to really perfect it and get him where he needs to be, and then when COVID-19 hit," she added. "Obviously the world, it turned around."

When schools were forced to quickly adapt and switch gears to online learning, Carson had a really tough time adjusting.

"He would turn on his computer and look at a lesson and then lose focus and forget to turn in his assignment," Shannon McNall said. "And then if he was trying to do any sort of Zoom calls, he would blurt out."

The West Ada School District, where Carson is enrolled, has said they plan to hold in-person learning, but the McNalls are worried about what happens if that changes.

"It's a different skill set to be able to deal with a child with special needs, and not everyone is fully suited to do that," Walter McNall, Carson's dad, said.

"I think we all learned this spring what it was like to try and teach our kids and to be able to truly have the patience and the ability to teach him the way that he needs to be taught," Shannon McNall added. "I'm not necessarily sure it's something that we are able to do. We will definitely do it if we have to, but it's not going to be in our son's best interest at all."

The McNalls said their school is going through a transition in leadership, both with the principal and the special education department, and won't be able to meet Carson's teacher until a week before school starts to get an idea of what their plan is going to be.

"We're going to be very patient with the school district," Shannon McNall said. "We've always tried to work with them to come up with the best solution for our child."

The couple is hoping for clear communication with the school and the district over the coming weeks.

"One thing that I hope that they do is to schedule some meetings for parents and clearly communicate the things that they're going to try and accomplish this school year," Walter McNall said.

"And definitely, we want to communicate," Shannon McNall added. "Our biggest point of coming on here is so our kids don't get lost."

KTVB reached out to West Ada for comment on this story but has not heard back.

RELATED: Face masks will be required at all schools and universities in Ada County