State orders 600,000 students out of Washington schools for six weeks amid coronavirus outbreak 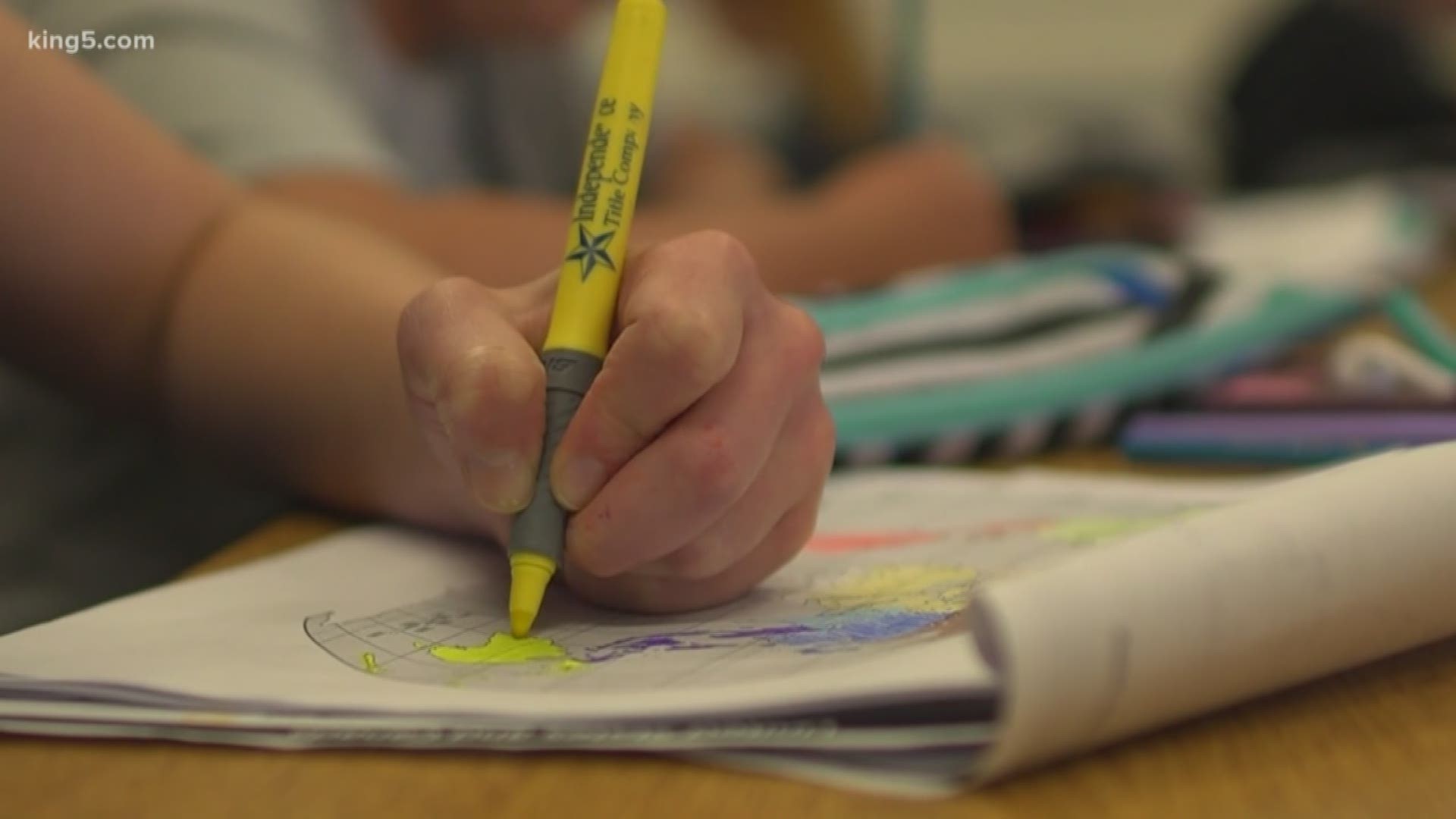 Calling it a "difficult decision," Inslee said the unprecedented order was made to help stop the spread of coronavirus in Washington state.

The first day schools could resume is Monday, April 27.

The closure involves 43 school districts, which is about 600,000 students — more than half the student population in the state, said State Superintendent of Public Instruction Chris Reykdal.

While the order only applies to three counties for now, Inslee said he could issue guidelines for statewide schools in the coming days. Some schools outside King, Pierce and Snohomish counties have already closed or shifted to remote learning.

"Although this virus presents much milder symptoms in children, health professionals have told us that closing schools could make a significant cut in the peak number of ultimate infections and closing school districts will help slow the transmission of this dangerous virus," Inslee said.

Click here for the state guidelines from the state superintendent's office

The closure involves 43 school districts, which is about 600,000 students — more than half the student population in the state, said State Superintendent of Public Instruction Chris Reykdal.

Reykdal said that districts may have to be in session through middle or later June to make up some of the days, but it won't be possible to make up all of the days lost.

"We will lose some instructional time," Reykdal said.

Reykdal also added that one out of every six teachers in Washington state is older than 60 — a group that has an elevated risk of a severe case of COVID-19, the respiratory disease caused by the new coronavirus that has been spreading worldwide.

Several school districts in the area have already closed or moved to online learning in response to the area outbreak of COVID-19.

The Seattle Public Schools announced this week that it will be closed for at least 14 days. The Northshore School District moved classes online, including providing laptops and WiFi for students who did not have that access at home.

RELATED: These Washington schools are closed for coronavirus concerns

Inslee also said Thursday that districts must have a plan to continue to support children who rely on school meals and those who are homeless.

The buildings may still be used for childcare, nutrition and other services.

Since the announcements, families throughout the area have expressed concerns about finding supervision for their children at home during the school closures.

Inslee said that districts in other counties should prepare for possible closures, if the new coronavirus becomes widespread elsewhere in the state.

Reykdal said the order could help slow the transmission of the virus in areas where the illness is not already widespread.

"Pierce County does not appear to have as much infection right now, that’s exactly why you make this bold decision, in an area where we think it is very possible that the numbers will grow," Reykdal said.

This is a developing story and KING 5 will update it as we receive additional information.