“It’s like, 'Oh my gosh, I’m way too old to be on TikTok and doing dances!' But you know that’s OK,” said Megan McCarter, the principal at Scott Elementary. 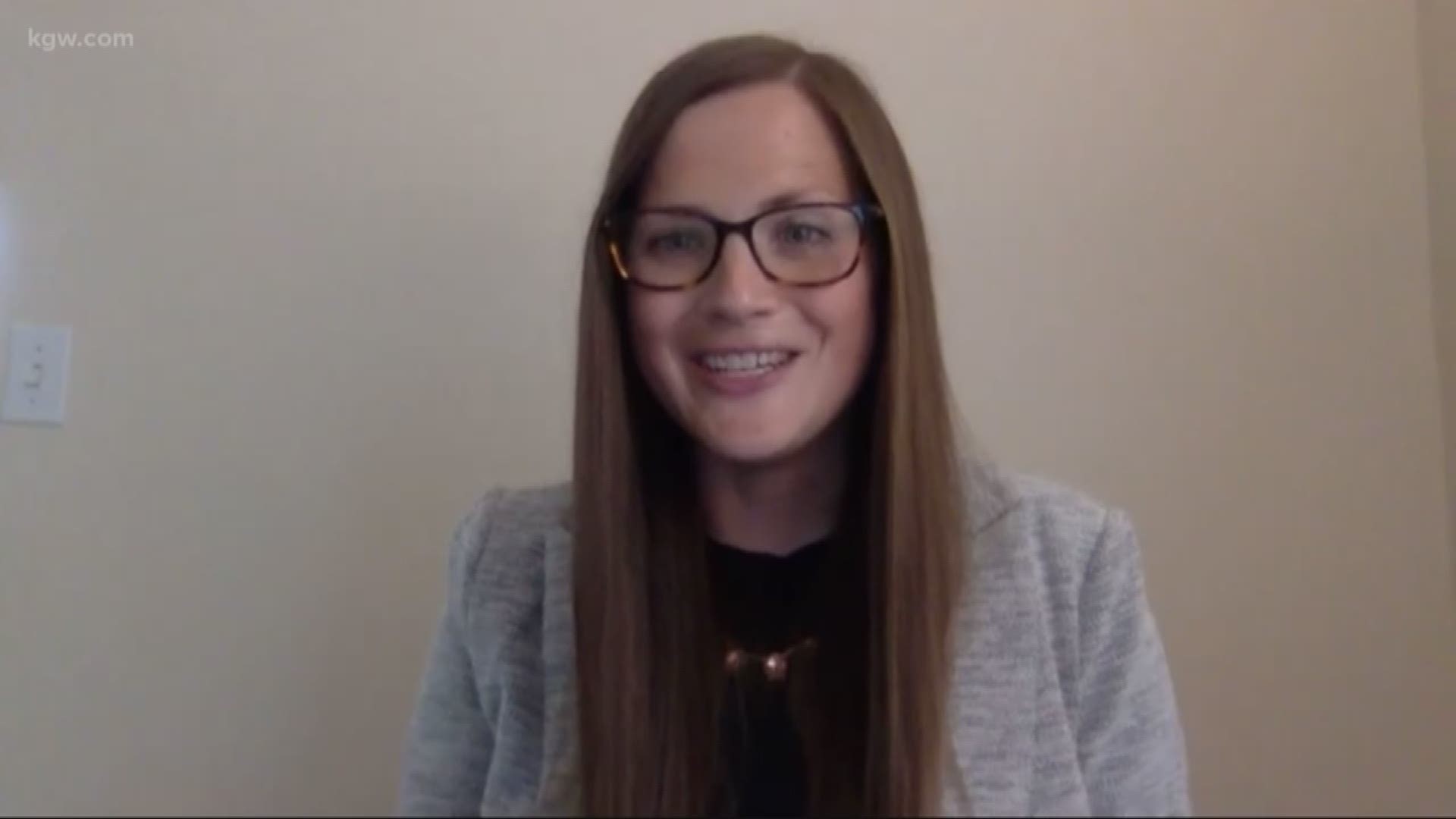 PORTLAND, Ore. — Distance learning is not easy. There are so many hurdles, like access to devices, internet, and figuring out how to teach effectively. It can be frustrating.

But one school principal is doing her part to keep the positivity up at her school.

Megan McCarter is the principal at Scott Elementary School in Northeast Portland and she’s decided to do things a little differently to connect with her kids.

On YouTube, she posts daily morning video messages that she sends out to her teachers for her students.

“I kind of felt like if I’m asking teachers to go online and teach virtually, which is really nerve wracking, then I need to do the same thing,” McCarter said.

The videos help teachers set the tone in their virtual classrooms. But it’s not just morning messages on YouTube. At her school, she’s the “TikTok Principal.” She has posted a number of videos on the popular app to connect with her students.

McCarter said she like to do weekly challenges. One of them on TikTok is the “level up” challenge where kids have to jump over objects of varying heights. Another one is a meme challenge where students have to create their own memes and send them to her.

“I do weekly challenges as another fun way to keep people engaged,” said McCarter.

Her efforts seem to be working. Her kids are sending her their own memes and videos!

But McCarter was quick to point out that everything has been a team effort. On superhero day last week, she recognized her teachers and staff in a video she made.

While McCarter is amplifying the fun through her morning messages and TikToks, other important work is being done.

“One of our board members and a couple teachers deliver to 150 kids a day, breakfast and lunch,” McCarter said. “So it’s about 1,500 meals a week.”

That’s in addition to teachers working countless hours to make sure their kids have devices, internet, and an equal opportunity to learn, all at one of the most diverse schools in Portland. McCarter said the majority of kids at Scott Elementary are on free or reduced lunch.

She said school staff are just trying to make it work in this pandemic. That's exactly what they’re doing in a combination of ways, including McCarter’s fun videos and her mix tape songs. Her songs are set to popular rap songs, but she changes out the lyrics.

“These songs I wrote (re-wrote based on popular rap songs) and rapped at the end of the day before quarantine and then recorded during quarantine to play during our car parade,” McCarty said.

You can check them out here.