The Ontario School District is looking to pass a $25 million bond in May that would improve security at schools, and update decades-old buildings. 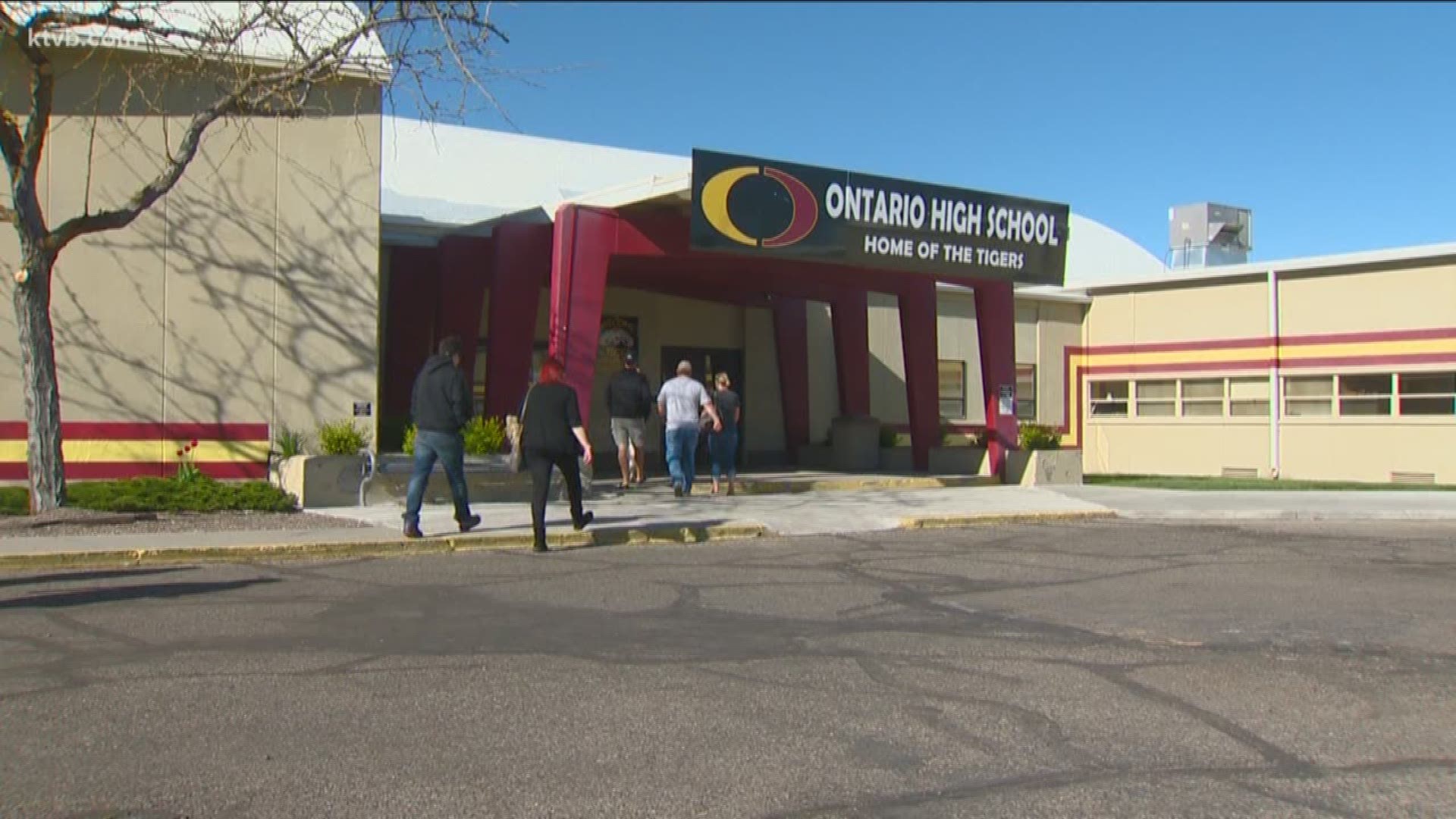 ONTARIO, Ore. — May elections are right around the corner and one thing on the ballot for Ontario voters is a $25 million school bond.

In 2018, the school district brought a different bond to the public but it failed by 200 votes. So Nicole Albrisu, the district superintendent, said they went back to the drawing board, made some changes and lowered that amount.

The new bond asks for $25 million from voters, but would also include some match funding from the state of Oregon for an additional $4 million. That's thanks to Senate Bill 447, which was passed by the state legislature and allows for the Department of Education to distribute partial matching grants when general obligation bonds are passed.

A town hall meeting was held in Ontario on Wednesday night that aimed to educate voters about public issues, including the bond.

If passed, Albrisu said the bond money would go toward improving safety and security at three of the five elementary schools, as well as the district's middle school and high school.

The $25 million would also be used to upgrade and improve older buildings in the school district, the bulk of which would go to improvements to the high school.

Jodi Elizondo, principal of Ontario High, said the high school was built nearly 70 years ago and no major work has been done on it since. She added that it was built for a maximum of 500 students, and currently, it has 700.

The bond would help improve some of the building's oldest features, including its locker rooms and gym.

"We have one gym for 700 students so it would allow us to build a field house, which would give us some dedicated wrestling space, which we don't have right now," Elizondo said. "They actually wrestle in a storage space right now."

Elizondo said all the windows in the school are also original, meaning nearly seven decades old, so they no longer work.

"[They] don't open," she said. "They don't hold in cold or heat and they leak into the classrooms causing more damage."

Other improvements include fixing the lobby and front entrance area to make it  more secure. This is a change that would be made for most of the elementary schools as well.

"We actually have on a regular basis, people in our building who are unauthorized, unidentified, and because of the configuration of the building, we don't have direct line of sight to the front doors of our building," Elizondo explained. "So huge safety concern for our kids."

Elizondo said at other schools, like the elementary schools, kids have to go outside for classes or to the office, which is unsafe and also needs to be addressed with the bond.

For the other schools, the $25 million would also go toward adding more classroom space, specifically at the middle school.

Albrisu said the last bond the district passed in 2010 was for a new middle school and one of the changes made then was to temporarily move sixth graders.

"One of the things we did is move 6th from the middle school back to the elementary," she said. "That was always supposed to be temporary because we only had classroom space at two schools so it's kind of fractured and our kids are at two schools instead of at the school they started at."

So Albrisu said the bond would be used to add more space at the middle school to move the sixth graders back.

The district said the if passed, the bond would cost taxpayers $1 per $1,000 assessed property value per year. For example, if a home value is at $100,000, that person would pay $100 per year (approximately $9 per month) toward paying off the bond. According to the district, the bond would be paid off in 20 years.

More information and details on the bond can be found on the school district's website.