A group of students and professors at NNU launched a satellite into space with NASA that is now recording temperature data. 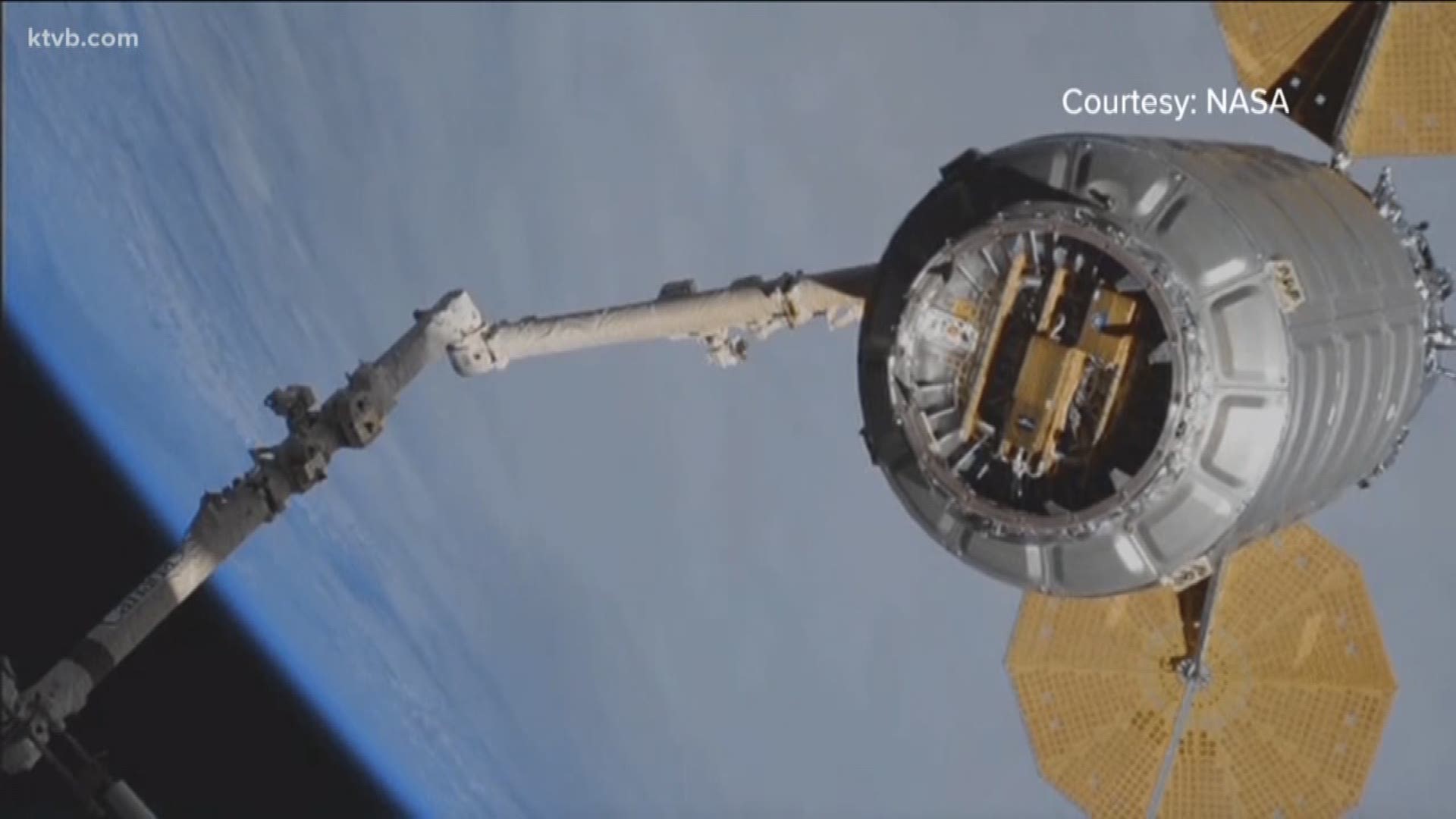 NAMPA, Idaho — A group of students and professors from Northwest Nazarene University in Nampa built a satellite that is now in orbit and collecting scientific data.

The RFT-Satellite was originally set to launch from the Kennedy Space Center on July 21 but because of weather, the launch was delayed multiple times.

The satellite eventually launched on July 25 and the NNU team was there to see it in person.

It was launched on the Space X rocket to the International Space Station, where it sat for ten days. After that, it was put on a Cygnus vehicle and released into orbit.

The NNU team said seeing the launch in person was a once-in-a-lifetime experience.

“That was a really amazing experience," Josh Griffin, one of the engineering professors who worked on the project, explained. "It’s the first time that I had ever been able to witness a rocket launch. There’s a lot of power behind those rockets and it was really special to get to see it go up.”

The satellite is testing radio frequency tag technology and is already feeding back data to the team in Nampa. It feeds back information approximately every eight hours.

“The data is literally just the voltages, the ones and zeros, the digital ones and zeros coming back from the tag,” Griffin said.

Those ones and zeros are interpreted to help determine the temperature on the satellite. The goal is to test the technology and see if RF tags even work in space.

Griffin said the fact the satellite even survived extreme temperatures and the rocky ride in the rocket is a feat in itself. Overall, the mission has been a success for the team.

“For a team like ours, we’re undergraduate students, we’re not professional satellite makers, just to have our satellite in space and turn on, is an incredible experience,” Griffin said.

The satellite will be in orbit for about four years before gravity eventually pulls it back to the atmosphere, at which point it will melt and disintegrate.

The team is building another satellite, which is scheduled to be launched in December.