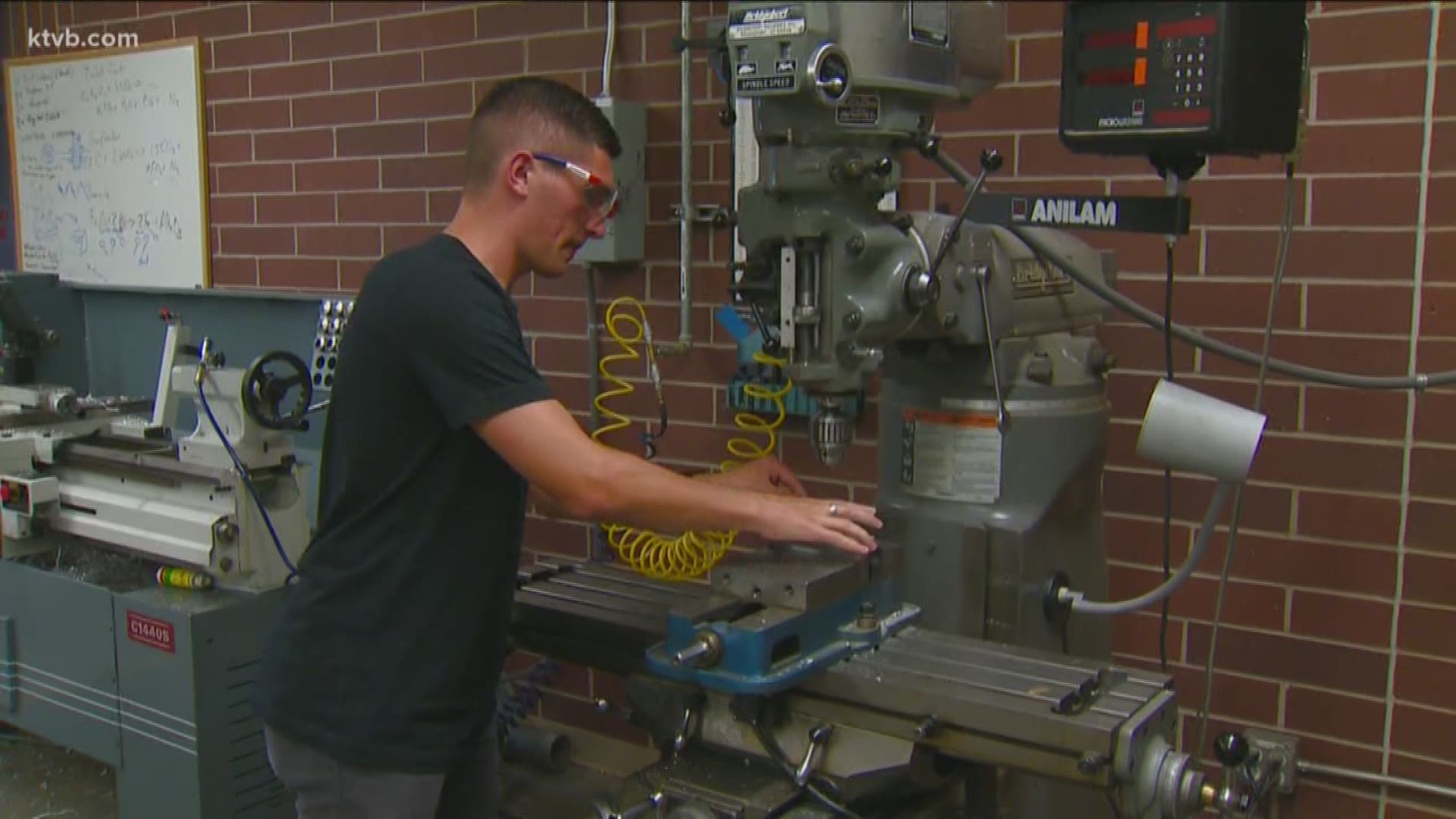 NAMPA, Idaho — With Idaho continuing to grow, the demand for construction across the state is booming.

According to local contractors, it's tough to keep up with the demand because there are not enough people trained in career and technical jobs.

But an organization called SkillsUSA is working to train more students in those fields.

Some of those students will be taking their talents to Kazan, Russia where they will compete in the WorldSkills competition next week.

Around 360,000 students in SkillsUSA are eligible to qualify for the world competition but only 22 are selected for Team USA. Three of the team USA members are from Idaho, including a student at Northwest Nazarene University in Nampa.

Benjamin Campbell is a 20-year-old mechanical engineering student at NNU and his expertise is in areas like 3D printing and design, mechanical models, technical drafting, sheet metal and framework.

He will be taking those skills to the world stage in Russia to compete against dozens of other countries.

“It’s an honor and a privilege and really a blessing from God to be able to actually go and do something like this," Campbell said. “I’m really looking forward to making a lot of connections over there because at that competition, it’s the best of the best in the world.”

The opportunity wouldn't be possible without the knowledge he gained from SkillsUSA.

“I definitely wouldn’t be where I am right now if WorldSkills and SkillsUSA weren’t involved at all,” Campbell said.

The SkillsUSA program works to train students in middle school through college in several different technical trades like engineering, welding, electrical, carpentry and more. Those are all skills the Idaho Associated General Contractors say the current workforce needs more of.

“Right now, in Idaho, at the end of each month, we have more jobs left unfilled than filled when it comes to construction trades just because we don’t have enough applicants for every job that’s out there,” said Wayne Hammon, CEO of Idaho AGC.

“It combines real education with hands-on experience, something that a lot of schools can’t afford to do on their own,” Hammon said.

According to Hammon, skilled trades as a career option are often overlooked.

"Too often we’re forcing younger kids into four-year college degree programs when they really could be better off going into a skill trade, getting a certificate and going right to work,” he said.

Those with backgrounds in training like SkillsUSA are successful in their future careers.

“Last year, the Twin Falls School District sent somebody to the national competition, he had jobs waiting for him when he got home,” Hammon said.

RELATED: More than half of Idaho's job service offices to close

Campbell is another example. He said he has already had two jobs in the engineering field, rather than having to do a run-of-the-mill high school and college job, such as fast food.

“It has been extremely, extremely helpful," Campbell said. “They’re really good for opening a lot of doors that a lot of people don’t even imagine being able to open at all.”

The training and skills he's gained from SkillsUSA have helped to open up a lot of options for his future career.

Campbell is heading into his junior year at NNU and wants to work in the aerospace field when he graduates, either with NASA or by starting his own aerospace company.

Two other Idahoans are competing in the WorldSkills competition. One is Paul Danenberg, 21, from Boise who will be competing in automotive technology. The third is Ethan Harrison, 18, from Blackfoot who will compete in cabinet making.

The four-day competition kicks off Aug. 22.