The interim superintendent also told the board of trustees that other employees have tested positive for COVID-19 and haven't fully recovered. 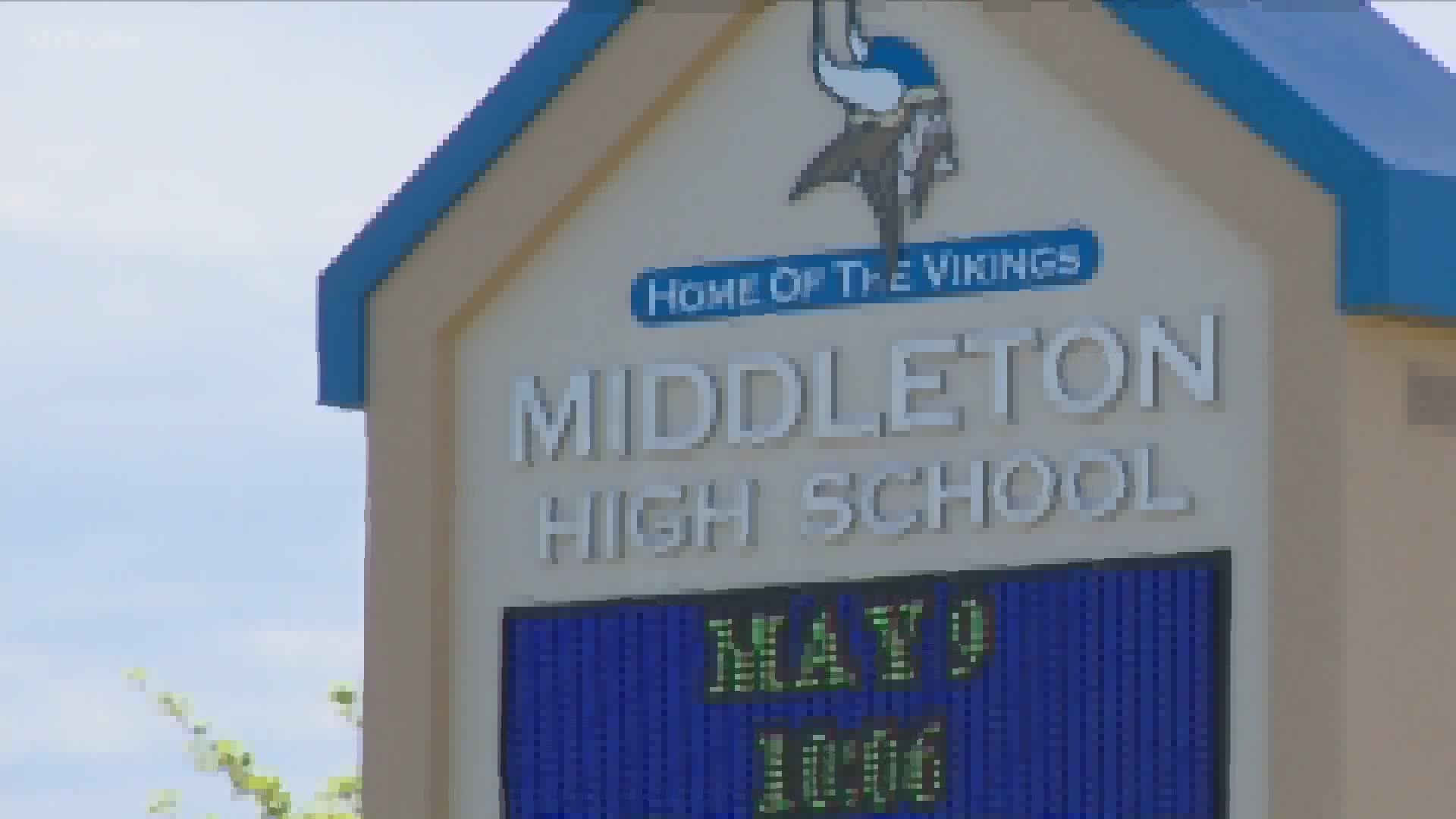 MIDDLETON, Idaho — Kristin Beck, the interim superintendent for the Middleton School District, said during a special school board meeting on Wednesday evening that one district employee has died after contracting COVID-19.

She also told the board of trustees that other employees have tested positive for COVID-19 and haven't fully recovered.

Beck did not share any further details on the employee's death during the meeting, and it's not clear when that person died. But she did say the employee did not have any contact with students.

“It’s a very sad situation for the Middleton School District and my heart breaks for the employee’s family, friends and co-workers,” Beck said in a statement.  “The dangers of COVID hit close to home, and this death underscores the need to take the necessary steps to keep our staff and students safe.”

Beck added that several students and staff at Middleton High School are now under quarantine after one confirmed and multiple probable cases were found.

One elementary school teacher is set to be done with quarantine on Thursday, but still isn't feeling well and will be out for the rest of the week, Beck said.

She added that the district has handled teachers being out sick well so far.

"To date, we have mostly been okay with getting subs in," she said. "We’ve had a couple different issues but we’ve been able to problem-solve internally and get classes covered so we’re still sitting in a pretty good position in some ways."

"With regards to the tragic loss of a District employee, the Board was fully aware of the loss," Trustee Chairman Kirk Adams later said in a statement. "It was brought up during the meeting so the full scope can be considered."

Later in the meeting, the board discussed transitioning from hybrid to in-person learning. Board member Derek Moore explained why he's in favor of bringing students back, even after learning the news about the cases within the district.

"We still need to move forward," Moore said. "Yeah, there's gonna be hiccups in the road, it's gonna happen. But if every time we have a hiccup in the road and go backwards and shut things down, we'll never move forward."

The discussion on in-person learning will continue at the district's next board meeting on Oct. 12.

The board of trustees also talked about how to use funds from the CARES Act and discussed selling guest tickets to some school sports, like volleyball and soccer.

Beck became the superintendent of the Middleton School District in June after her predecessor, Dr. Sherawn Reberry, stepped down after ten months in the position.