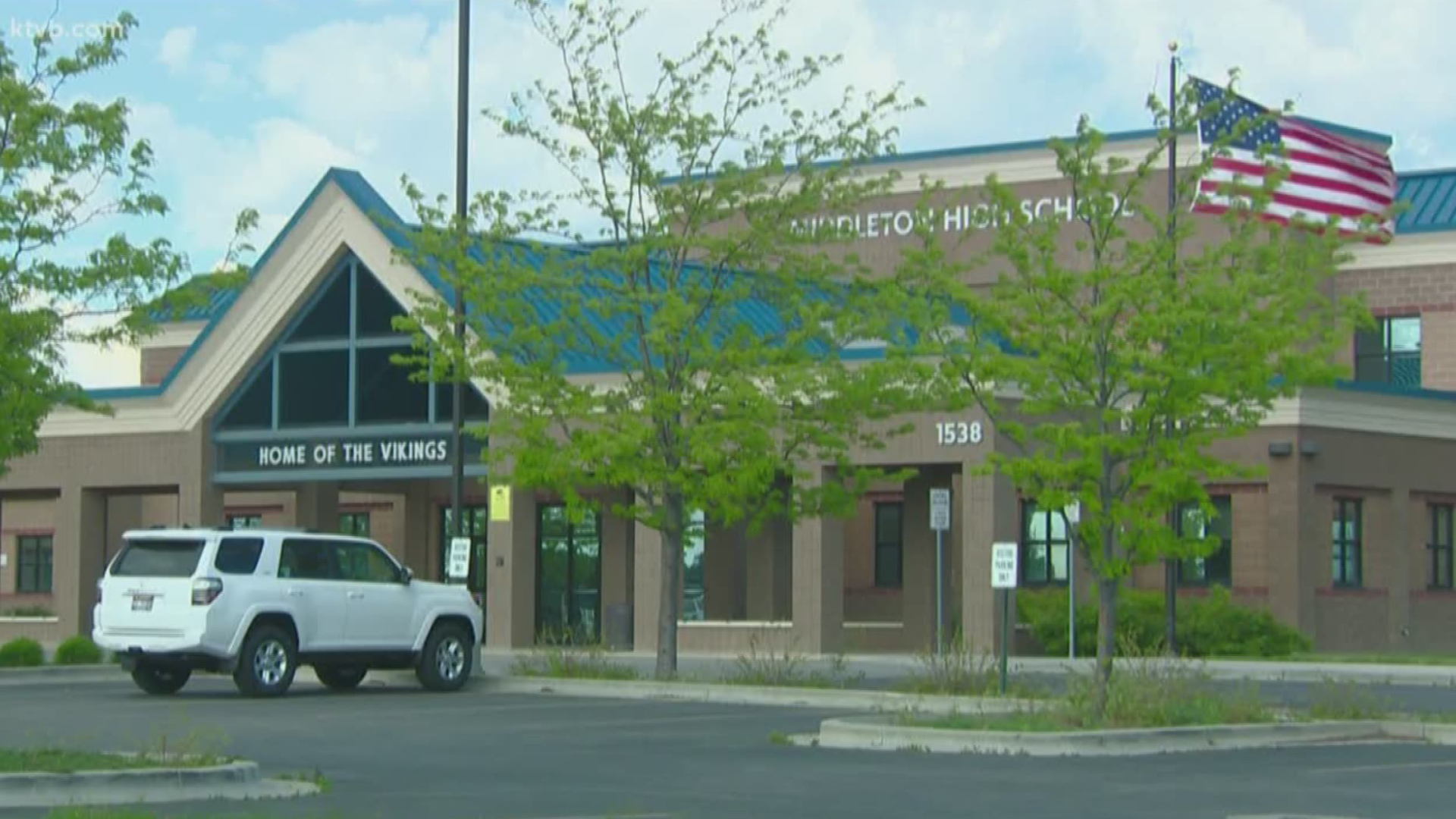 MIDDLETON, Idaho — The Middleton School District has faced a series of challenges over the last few years, including multiple failed levies and several staffing changes. Some of those changes sparked controversy among leaders and the community.

The most recent incident that grabbed headlines was the district's superintendent resigned and the school board voted in an interim superintendent.

That new superintendent, along with other education leaders, are now pledging unity within the district moving forward.

A joint statement was issued by interim superintendent Kristin Beck, Chairman of the School Board Kirk Adams and President of the Middleton Education Association Dave Stacy:

Middleton school leaders regrouped today and want to assure residents, parents and staff that they have opened up new and improved lines of communication to move the district in a positive and cooperative nature to preserve the integrity of the District and maintain its high educational standards for students of today and tomorrow.

On May 29, the school board appointed one of its own trustees, Derek Moore, as acting superintendent while Sherawn Reberry was on personal leave.

A few days later, Reberry resigned and this week, the school board voted 3 to 2 to place Beck in the role until a permanent replacement can be hired.

The decision to place Moore as acting superintendent originally caused some backlash from the MEA, which felt the move violated board policy and created a conflict of interest.

A letter was sent to the board and a complaint was filed with the Idaho Professional Standards Commission but the complaint has now been withdrawn by the MEA.

"That move on the 29th took us by surprise and after speaking with Chairman Adams and Trustee Moore, we know fully they meant well by that decision," Stacy said. "It was just a questionable decision and they had no ill intent and we understand that."

Adams said that has already sparked improved communication between the board and the MEA.

RELATED: Middleton's new superintendent: 'So many great things are happening out here'

When it comes to the current school board, Adams feels they have learned to listen to each other and cooperate.

"We may be contentious at times but we're still a board that truthfully, we operate as a board," he said. "We have five individuals with strong opinions and we express those opinions but when the vote's made, that's the board's choice and we're going to go forward with it."

Looking ahead, education leaders say their goals are better communication, putting controversy aside, and focusing on what's most important - the students.

"We are very much looking forward to re-establishing the lines of communication that have been there previously," Stacy said. By taking this pledge, we are re-pledging - all of us - to do that. To think about the students and to talk out our concerns and our ideas."

Adams said he's confident in the district staff from "top to bottom" and he's excited to continue moving forward.

"I'm confident that we're going to move forward and be positive and be ready to go in the fall," he said.

Beck echoed their comments, stating that she looks forward to continuing partnerships with other educational leaders.

"Middleton has a fantastic group of incredibly hard-working and talented individuals, even with the challenges we face, I feel confident that we will continue to be successful as a result," she wrote in the statement.

The school board does not yet have a timeline for hiring another superintendent.

RELATED: Recall efforts to remove three members of the Middleton School District Board of Trustees fail