"Hailey is a city of love and this just shows it," said the owner of Jane's Artifacts, where the mural is painted. 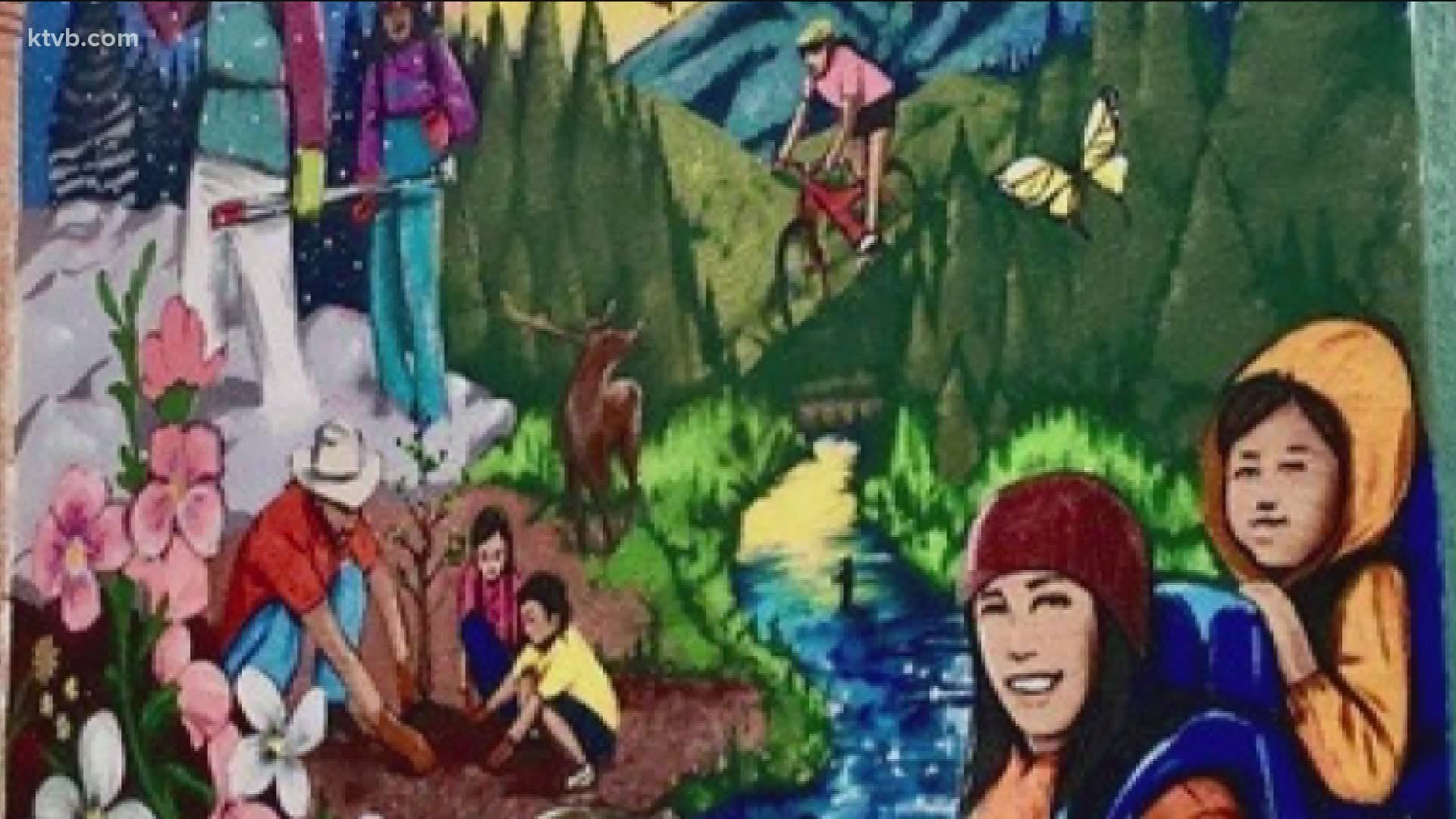 HAILEY, Idaho — Sometimes, students can become the educators. In Hailey, the Water Club at Wood River High School strives to make an environmental impact for the community.

A beautiful mural recently went up on Main Street in Hailey. Hazel Ludwig is one of ten Water Club members behind it.

"We tried to incorporate a bunch of different kind of meanings and aspects of our community into the mural so we had a local artist, she came up with this idea," Ludwig said.

"We have Baldy in the background which is a representation of the community, and then we have a bunch of different people doing activities around the community that are really popular," Ludwig explained. "We have people mountain biking, and skiing, and fishing, and it just represents the environmental diversity in our valley but also the diversity within our people."

You'll find the mural on the side of Jane's Artifacts. The owner of the business, Jane Drussel, says she was happy to let them use the space.

"Sometimes I wonder if we don't give our kids as much credit as we could and I just thought this was an opportunity to really let the kids shine and share their enthusiasm," Drussel said. "The whole world is burning up right now, and they're very concerned about our environment, and they're very concerned about having diversity and accepting that in our schools and in our lives."

Erika Greenberg has been Water Club advisor for about 12 years now. She teaches Spanish at the high school, but the club has also become a passion of hers. Greenberg says she loves to see it give students a voice.

"They really have a lot to say and I think they're frequently not listened to, and so when you give them the opportunity to open up and express themselves they have so much to give," said Greenberg.

The mural is the most recent gift to the community.

"Hailey is a city of love and this just shows it," Drussel said.

Last school year the Water Club worked to pass an ordinance to remove single-use plastic from city events and succeeded. They really are making a difference and credit community partners for helping, including Elizabeth Jeffrey with Make it Green.

If you would like to nominate a teacher that is going above and beyond right now send us an email to innovativeeducator@ktvb.com. Educators, for more information on submitting an application for a classroom grant through the Idaho CapEd Foundation visit www.capedfoundation.org.