"You can influence things. You can make decisions about what you throw away or recycle." 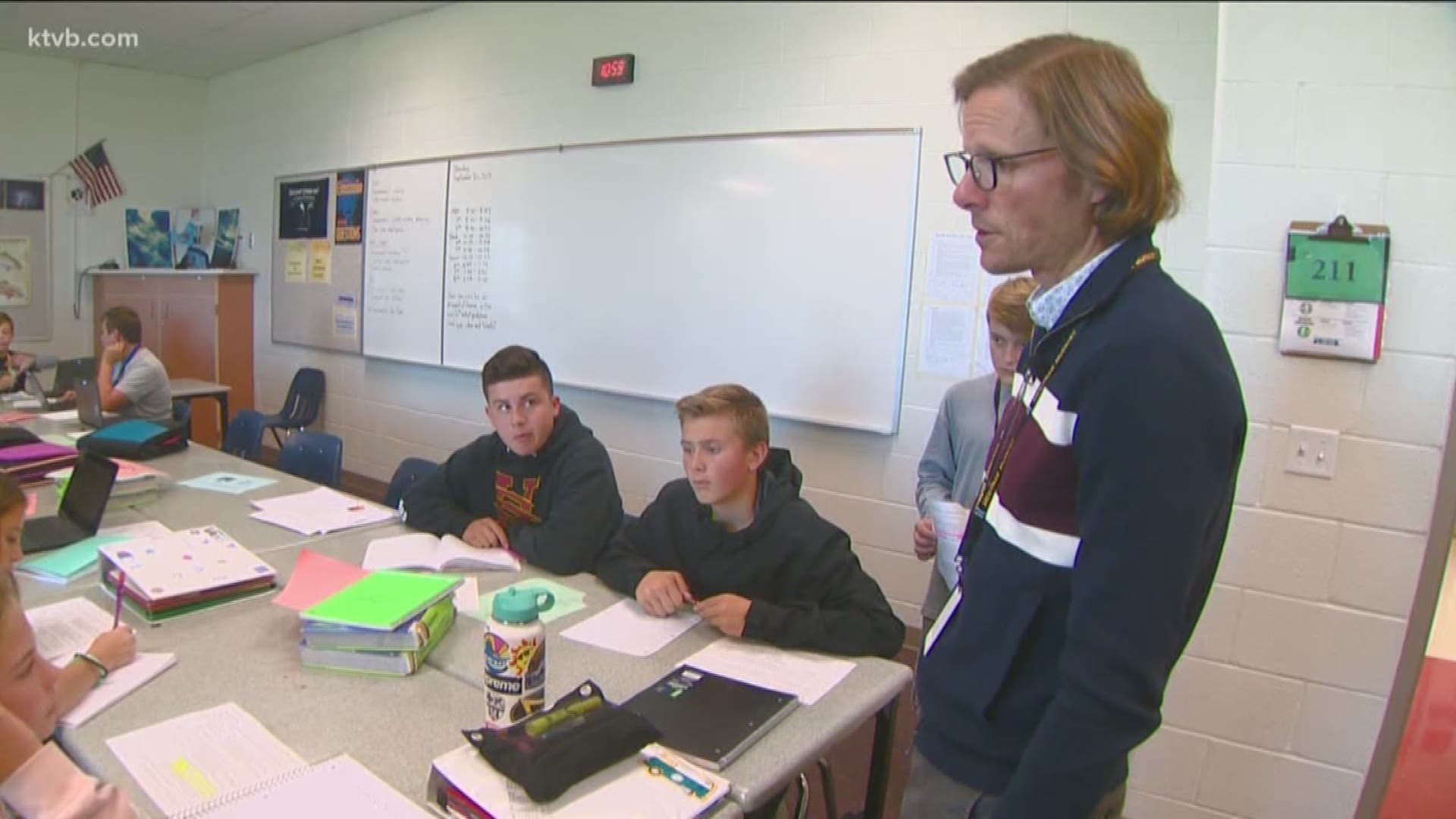 MERIDIAN, Idaho — Drivers passing by Heritage Middle School in Meridian on September 20 saw some enthusiastic seventh-graders on the sidewalk holding up signs with slogans such as "Work together to stop climate change" and "Do a deed - Help the world in need" and "May the forest be with you."

"Someone would drive by and they'd either honk, roll down their window, wave," seventh grader Leila Elkins said.

It was their very local version of the Climate Strike that happened around the world that day, when kids and adults rallied to demand action on climate change.

These students focused on raising awareness.

"We just held [signs] up so people would see it," Elkins said. "They'll be aware. Maybe they'll look something up on their phone."

"My focus was on what actually is climate change," seventh-grade life science teacher Micah Lauer said. "Because it's one of those things where they hear it in the world around them, but they don't necessarily understand the science behind it."

The students also went to other classes to teach mini-lessons and asked kids to consider signing pledges.

"Not everybody has access to get in a car to go the State Capitol or go to an organized rally, but we have an opportunity in here where we can do some structured learning and then we can raise some awareness," Lauer said.

RELATED: Innovative Educator: Teacher knocks it out of the park with students

Lauer came up with the lesson plan because of its timeliness, and because he saw it as a chance for the kids to see that, even at 12 or 13 years old, they have a voice.

"To impact people and potentially the decisions they make about how they live their lives," Lauer said.

And that they can have an impact.

"You can influence things," Lauer said. "You can make decisions about what you throw away or recycle."

Seventh-grader Jasper Taylor got that.

"Me and classmates will have a chance, people will listen to us and we won't just be pushed to the side," Taylor said.

Lauer kept in mind that climate change is also a controversial political issue.

"I did have a couple kids throughout the week who said I'm not sure I believe in this, or at home we don't really believe in this, and I just simply asked them to engage with the science and raise questions and seek answers to the things that they're conflicted about and the things they're curious about," Lauer said.

"I'm still learning because there's a lot to know about different species and what it's doing to our environment," seventh-grader Leila Elkins said.

The climate change lesson is just one example of his style of teaching. The day we were there, the focus was on cells.

Lauer doesn't just teach his students, he creates an environment of encouragement and initiative.

"I'm on the side of guiding them and giving them the tools, the resources and the opportunities so that they can drive their learning," Lauer said.

The students seem to respond to that.

"I do like that he said he wouldn't really give out a test or quiz because science isn't about memorizing facts and stuff. It's more like hands-on stuff," Jasper Taylor said.

And at the end of the school day, Lauer goes home fulfilled.

Lauer also does a lot in education outside his seventh-grade classroom. He is a teacher/consultant with the Boise State Writing Project. He sat on the committee that wrote the Idaho State Science Standards and testified before the Idaho House Education Committee. In 2015, he received the Presidential Award for Excellence in Math and Science Teaching.