Math and physics teacher Jon Moreno-Ramirez says his background makes it easier to relate to students from different countries. 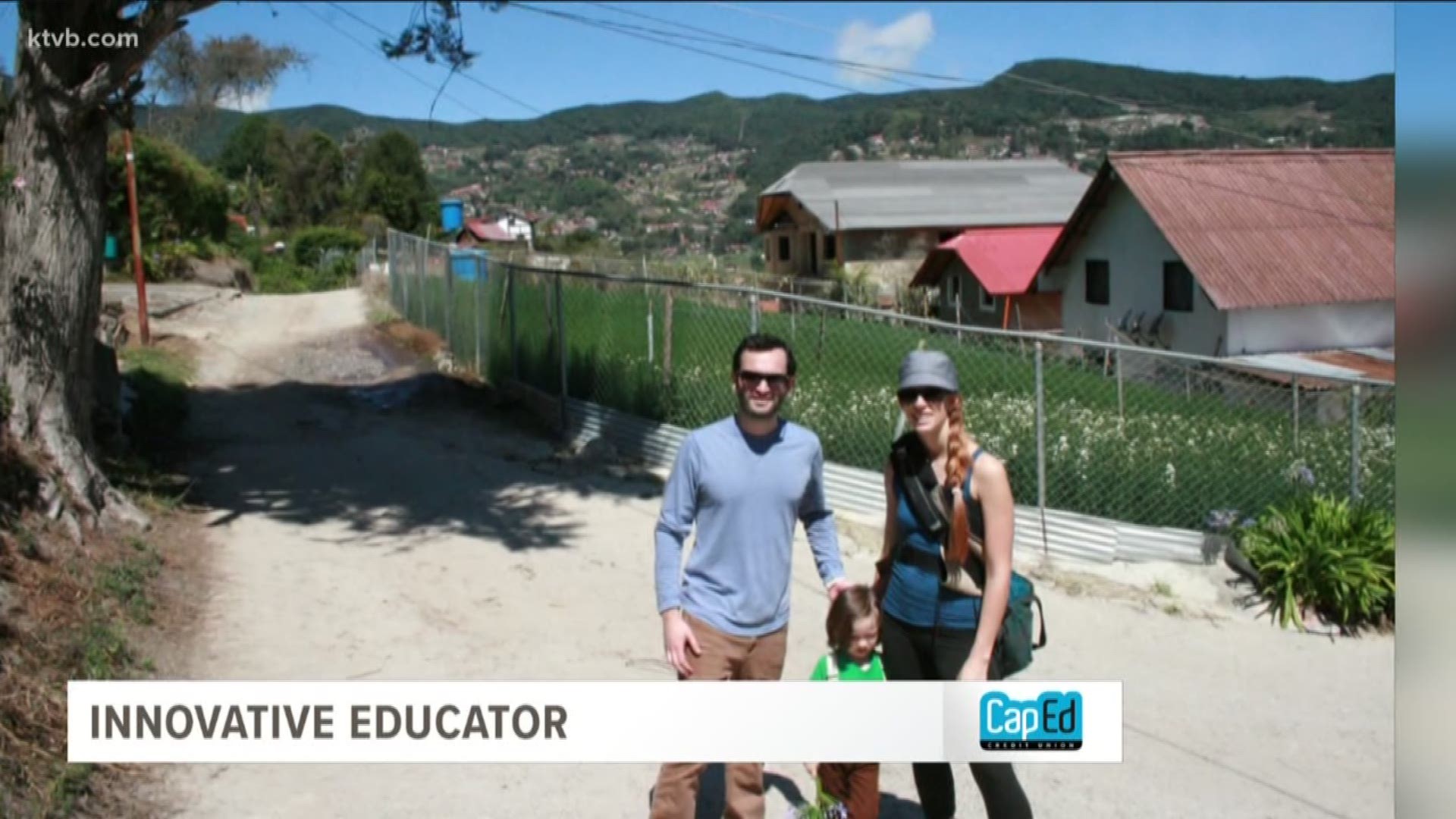 BOISE, Idaho — Math can be complicated, especially when the lesson is on functions, reciprocal functions, asymptotes and the like.

Making it clear for the kids is the key for Riverstone International School math and physics teacher Jon Moreno-Ramirez.

It helps that a strong passion for the subject is part of the equation for him.

"It (math) has always been a part of my life, and yeah, I couldn't imagine any day without it," Moreno-Ramirez said.

"He has a lot of energy and dynamism when he's teaching," Riverstone junior Nathan Maybach said.

"He's there to help you along and help you get the tools to figure it out on your own when you need to," Riverstone junior Louisa Goltry said.

"He shows us that math isn't only about memorizing steps and equations, but it's about understanding how things work," Maybach added.

Moreno-Ramirez's passion for math goes back to his childhood. His family moved to the U.S. from Mexico when he was 10 years old.

"I didn't speak any English," Moreno-Ramirez said. "The only class I was good at was math. So that was kind of like my comfort zone when I first got here."

His family then moved to Boise when he was 15 years old. He graduated from Capital High School and then the College of Idaho.

Professionally, before Riverstone International, Moreno-Ramirez taught school in Venezuela, making him international in a second way.

"Being international and English being my second language I do have a lot of students who are here from different countries, and so I can relate to them," Moreno-Ramirez said. "Making those connections is easier for me."

Making connections with all of his students is a big part of his teaching philosophy.

"So they trust me. You know they know that I'm going to lead them to the right place," Moreno-Ramirez said.

"You could probably email him at 10 o'clock at night and he'd be ready with a response and ready to help you with your investigation or assignment or anything," Goltry said.

Moreno-Ramirez earned a way to investigate physics further. He won a $15,000 Partners in Science Program grant. Through that, he has spent the last two summers doing research in the Boise State Physics Lab.

"So that I can come back, and in my high school labs, I can start to model what their labs are going to look like in college and beyond," Moreno-Ramirez said.

It's obvious he loves math and science.

So much so, he wears it on his sleeve. Actually under his sleeve. He has a tattoo of the equation for the nuclear reaction that goes on inside the sun.

"It's something that I find beauty in and comfort in knowing that I can put an equation to it and it represents life," Moreno-Ramirez said.

A suitable symbol for a passion that will never set.