Just days before the school year started the community of Ola learned structural damage in the historic 1910 Ola School meant they'd have to move. 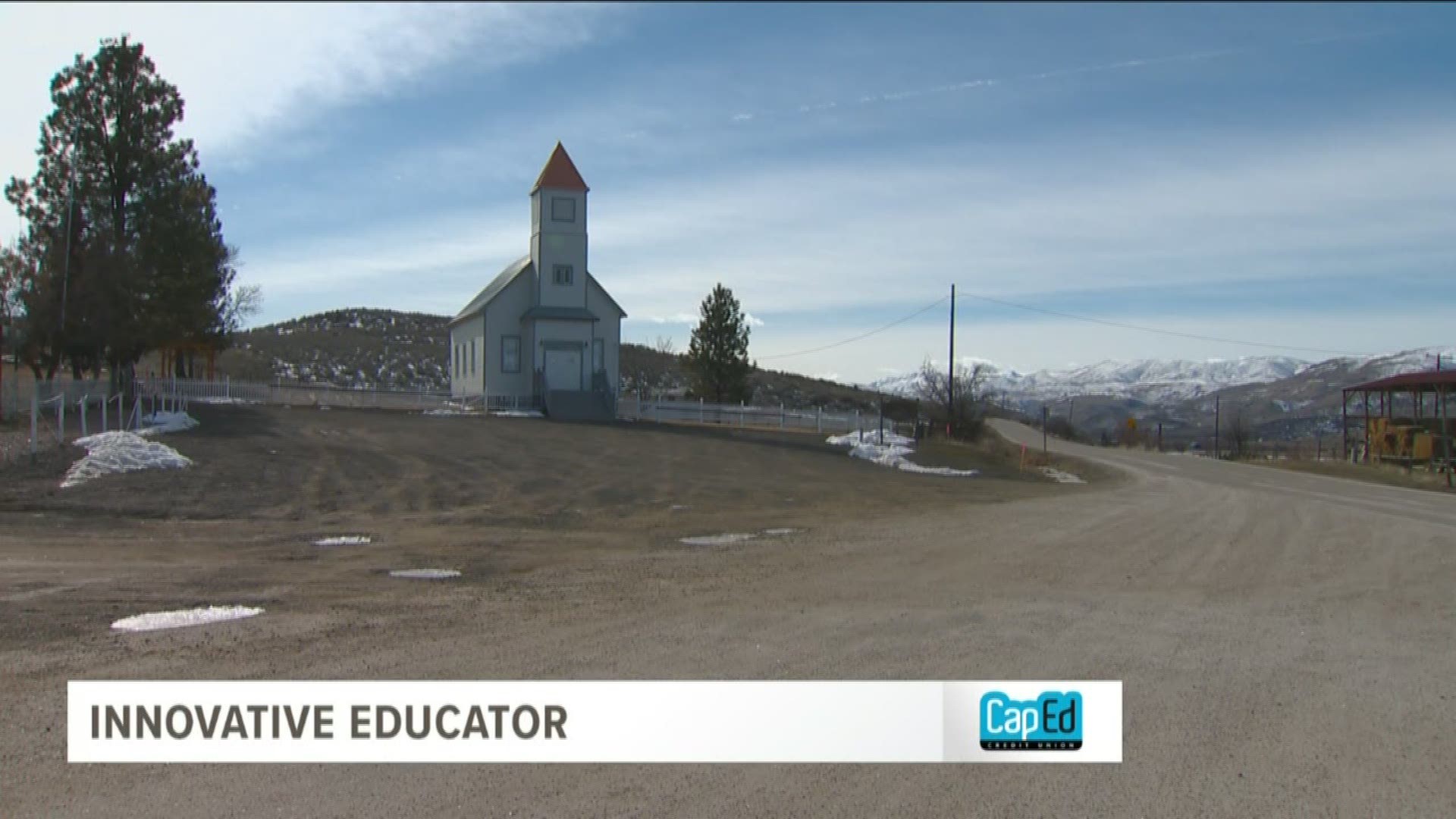 OLA, Idaho — In a school in the northern Gem County town of Ola two teachers, two teacher’s aides and 24 students in seven grades from K through six all crowd in a little closer than comfortable in one classroom.

Cramped, but convenient, he says.

"You're the mentor for the younger grades," Poole said.

In such a small school, head teacher Amy Davis teaches all the grades.

"When they walk in the door these are like my kids," Davis said.

But Davis and her 24 kids aren't supposed to be here in the Ola Community Center.

"Two days before the teachers went on we found out we couldn't be in our building," Davis said.

They're supposed to be in the historic two-room Ola School built in 1910.

Just a couple days before the school year started they found out severe dry rot in a wall meant too much structural damage for students and staff to stay in the building, which is on the National Register of Historic Places.

"On Saturday morning bright and early the whole community showed up with their trailers and pick-ups and all their muscles," Davis said.

They moved everything needed down the hill to the Ola Community Center.

RELATED: West Ada teacher immerses students in the science of the Boise River

The key then was to keep the kids in a comfortable, if cramped, routine.

And they keep their traditions. Despite the disruption, the school science fair went on, the Halloween costume parade went on, and so will the Mayday program, Maypole and all.

"Even if we were in a tent we would still have those traditional programs because that is part of the community," Davis said.

The kids prove every day how resilient they are.

Davis hopes to put them back in the schoolhouse where so many generations of Ola families have gone. So they're raising money.

"We have an S.O.S committee. Save Ola School Committee," Davis said."

It's a huge bill for a small town, but Davis is undaunted.

"I really feel that with this community, which is amazing, and all the people who have gone here before, just really have to have faith that I believe we'll be back in this building," Davis said. "You become a part of it and it becomes a part of you."

The Ola School is in the Emmett School District.

Last month the Board of Trustees for the Emmett School District unanimously voted to put a $64 million bond on the May ballot.

If it passes, Davis says some money will come to Ola for the school.

In the meantime, they'll keep raising money and applying for grants.

If you'd like to help or learn more about their effort, you can go to the Ola Parents and Teachers Organization Facebook page.

If you'd like to nominate a teacher as an Innovative Educator, email us at innovativeeducator@ktvb.com and tell us a little about what makes them innovative.