The vice principal, teachers and staff at Reed Elementary are helping kids learn by giving them a fun way to move their bodies. 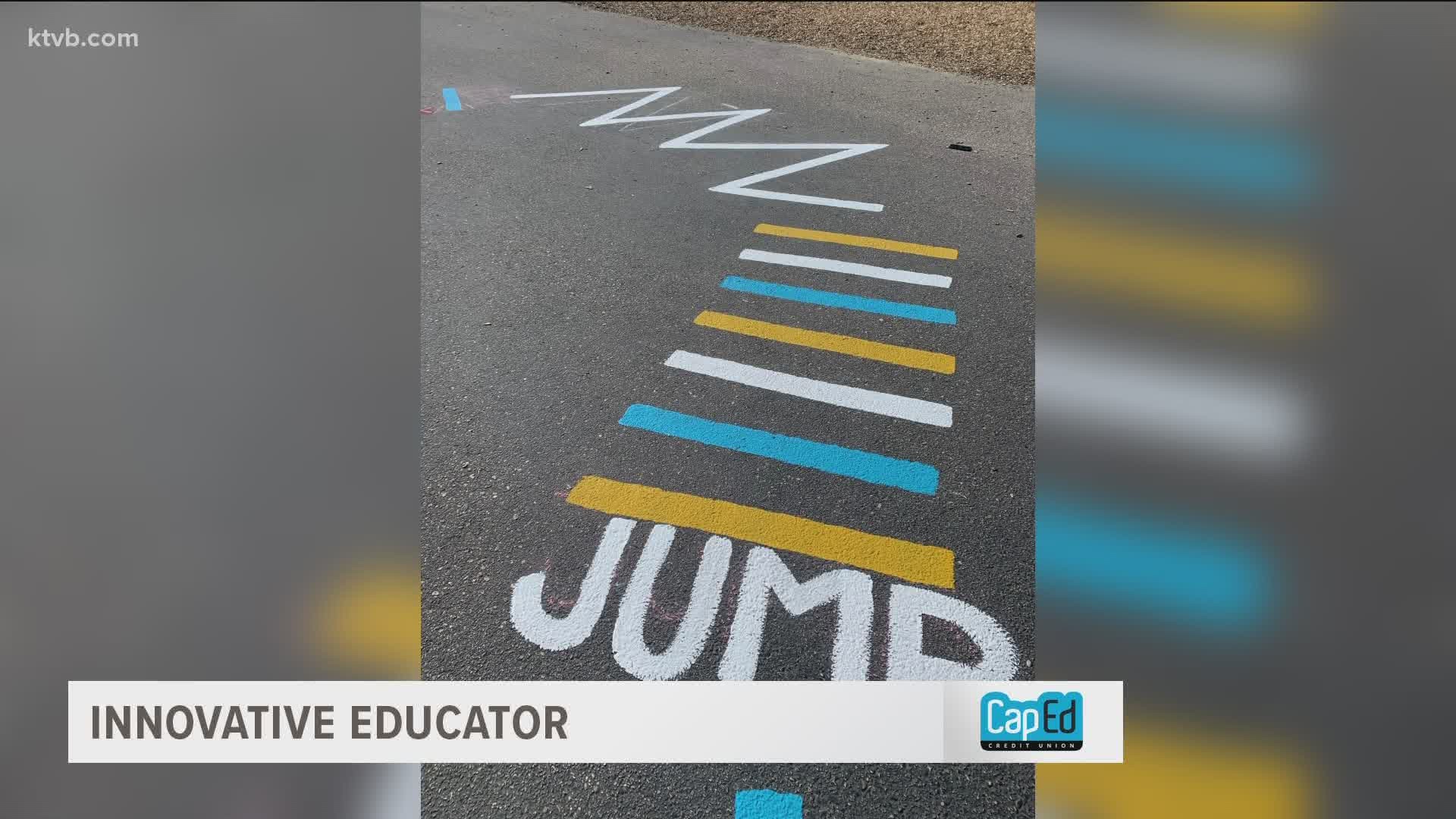 KUNA, Idaho — A sensory path now adorns a patch of pavement on the playground at Reed Elementary School in Kuna. The painted path of straight lines, crooked lines, spirals, dots, and boxes, functions like an obstacle course.

Students jump from line to line, spin on a spiral, walk a painted tightrope and play hopscotch.

"We have students who come in that are not ready to learn, and they need to move," Burgess said. "They need to be away from their desks or flexible seating in the classroom."

She and some teachers, staff members and a couple of students just added the sensory path to the playground at the beginning of April.

"It was not my project. It was something that I helped lead," Burgess said. "I have a wonderful staff that took time to plan it after school, took time to go out and draw chalk drawings to see what it would look like."

Then they put in time on a Saturday to paint the path.

"We are so connected to this because the staff here is so helpful and committed to these children," Burgess said.

This path is for kindergarten through second-grade kids. Burgess says they took right to it.
"They'll be like, 'oh let's do it like this,' or 'how do you do this one?'"

She says it not only helps the students develop motor skills, but also social skills.

"Students have time to interact with others. If they're feeling like they don't have friends, it's a quick way for interaction and socialization," Burgess said.

Fifth-grade leaders are now helping to design and build a sensory path for the third, fourth and fifth graders at Reed Elementary. Burgess says it should be finished by late April or early May so the kids can enjoy it for the rest of the school year.

"We want them to have a lasting impact and so that they come back and see what they had a part of," Burgess said. "It really connects our community and those students as they get older."

Speaking of a lasting impact, Burgess and her co-workers are having one on their students.

"The relationship building is amazing. The staff here really take on that relationship piece. It's not just being on duty outside. They like to interact and play with them as well," Burgess said.

If you would like to nominate a teacher who is going above and beyond, send us an email to innovativeeducator@ktvb.com.
Educators, for more information on submitting an application for a classroom grant through the Idaho CapEd Foundation, visit www.capedfoundation.org.