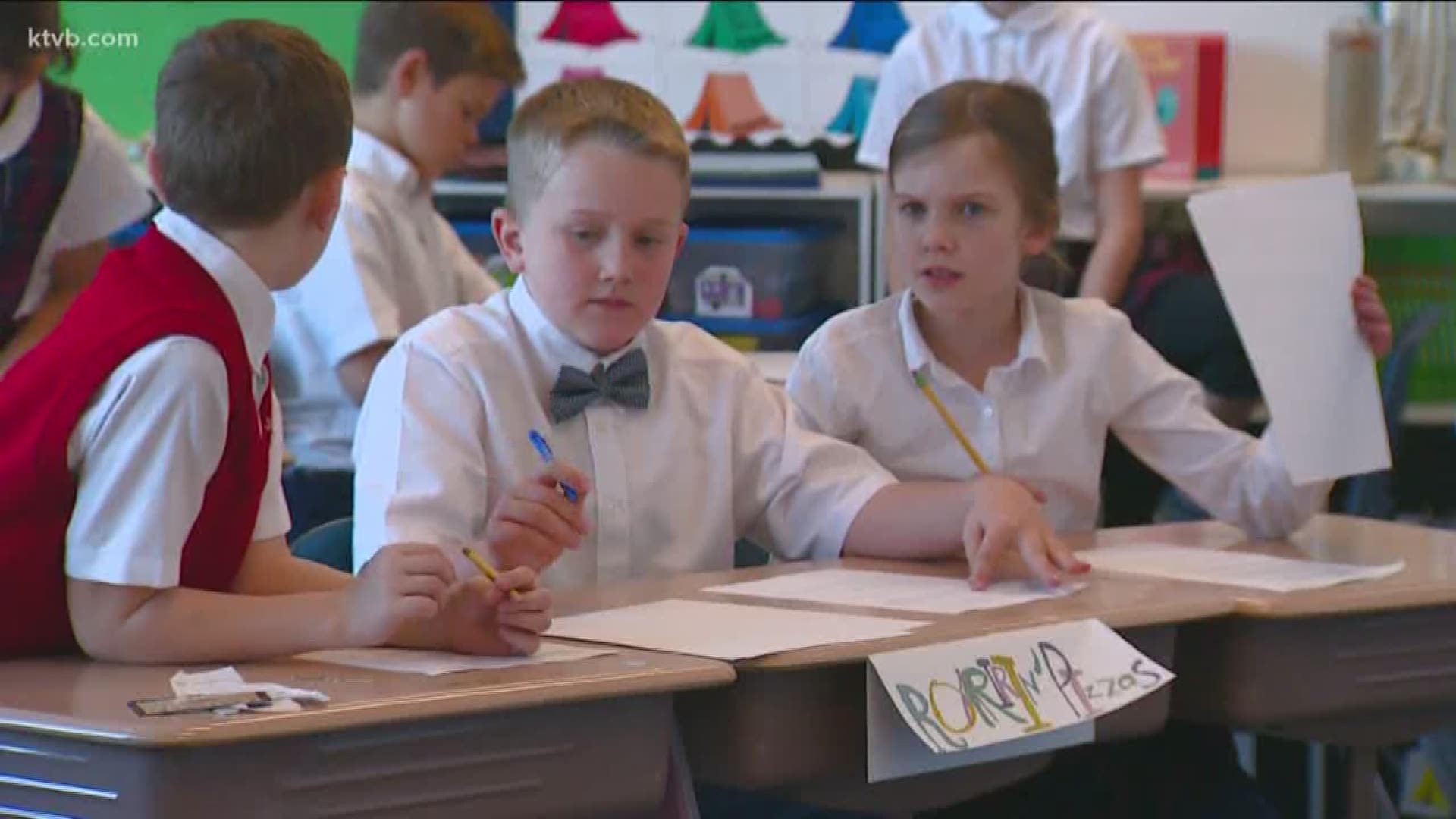 BOISE — We all remember holidays in elementary school; often times, the only way to keep a classroom in order before a break was to pop in a V-H-S and let the kids watch another Disney movie for the 100th time. It can’t be easy to get students to focus, as they buzz with the excitement of the holidays. This week’s “innovative educators” found a perfect Thanksgiving recipe that combines that excitement with learning.

Kaylyn Schneider and Emily Major are 4th-grade teachers at St. Joseph’s Elementary in Boise. The day before the kids were released for the Thanksgiving holiday break, they are taking an age-old history lesson and bringing it to life in the classroom.

“Today we're doing an activity on the pilgrims and what it was like to travel over to America,” says Major.

“As teachers, we're always looking for new and creative ways to teach content, to get our students engaged and to have some fun!” Schneider says.

The teachers, blocking out a small space on the ground in their classroom so their students can feel what it was like living in the the small quarters the pilgrims would have had on the Mayflower for the 66 days of travel across the Atlantic.

“This is about how much space each person had for 66 days!” says Schneider. “How are you going to sleep like that?”

“We talked a little bit yesterday about how many people were going to be on the boat - but I don't think you really get the experience of what was it like, being so crowded on that boat until they kinda get to experience it for themselves,” Major says.

It’s not just a history lesson, but also an exercise in science, math and engineering. The kids were instructed to build their own replica of the Mayflower.

“So they're going to put their boats in the water and fill them with beads to see how many beads they can get in their boat before it sinks... to kinda represent the Mayflower,” Major explains. The students then add in 102 beads, one at a time, to represent the 102 pilgrims that traveled on the Mayflower. “It's probably going to look like chaos because they're all going to do it in a different way,” says Major.

Then, working together in groups, the students are encouraged to collaborate, think and create.

“They're learning how to problem solve, think on their own,” says Major. “We're not just giving them ‘here are the steps to do.’ They have to come up with the steps on their own.

This week’s “innovative educators,” taking their students on a “pilgrimage” of thought!

You can see more feature stories on innovative educators every Monday on Today’s Morning News.