Dayna Showalter says she saw a need for an escape for students. 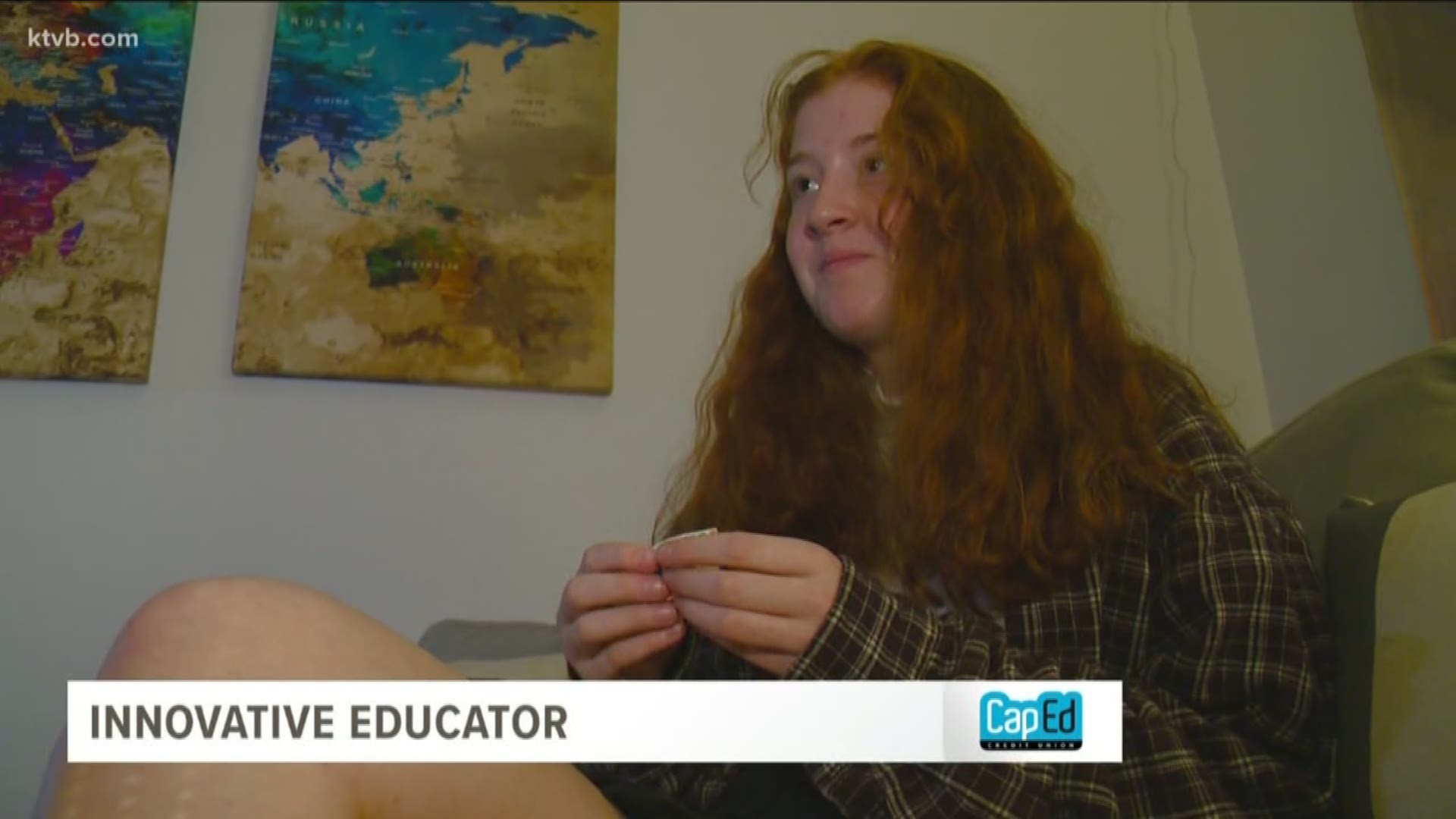 BOISE, Idaho — High school is a busy time, academically and socially. But at Boise High School there is now a place where students can calm the commotion. It's called the "Zen Den," and it was put together by this week's Innovative Educator.

Boise High is filled with 1,500 students.

The school is always buzzing and sophomore Alexis Clukey says there's a lot of pressure.

"It's just crazy, it's like we're all stressed and make each other more stressed. It's just horrible," said Alexis.

School counselor Dayna Showalter says she saw a need for an escape for students. The other counselors did too. So she created this -- the Zen Den.

"We wanted a space for kids to hangout. Relax, calm down, kinda re-focus," said Showalter.

It's only been a few months since space has been here. Alexis is one of the dozens already appreciating it.

"It's just nice to go somewhere where you have other people that are kinda feeling the same way and just need a break from all of the commotion out there," said Alexis.

The school counselors collaborated with administrators to make this place into a reality.

"We wanted to create a space where kids could come when they're feeling anxious or sad or just need a break from all the academic pressure that wouldn't be going home” said Showalter. “We're trying to keep kids here, give them a little time out and get them back to class."

During their stay in the Zen Den students can color, play with a Zen garden or fidget toy. They can even make a cup of tea and do some yoga.

"People aren't talking, even if there are other people in here, they're not talking," said Alexis.

And teachers are on hand to make sure it stays a quiet place.

"I have teachers who volunteer during their prep period so we can man it, we were trying not to leave it just open," said Showalter.

Students are also asked to sign in and out, and not stay for more than one class period.

"I think the Zen Den is a really cool place," said Gwen Hadzor.

Senior Gwen Hadzor is thankful she can come here, even if it's just for her last year at Boise High.

"It's kind of like an escape from the stress of Boise High because you know the academic pressure here is so high and so sometimes it gets really overwhelming, and so coming in here it's nice to just rejuvenate yourself and you know get that inner piece back," said Gwen.

"Kids will walk in and go ahhh," Showalter said.