Bill Hoffman loves to dress up in different costumes. He says it bring the literature to life. 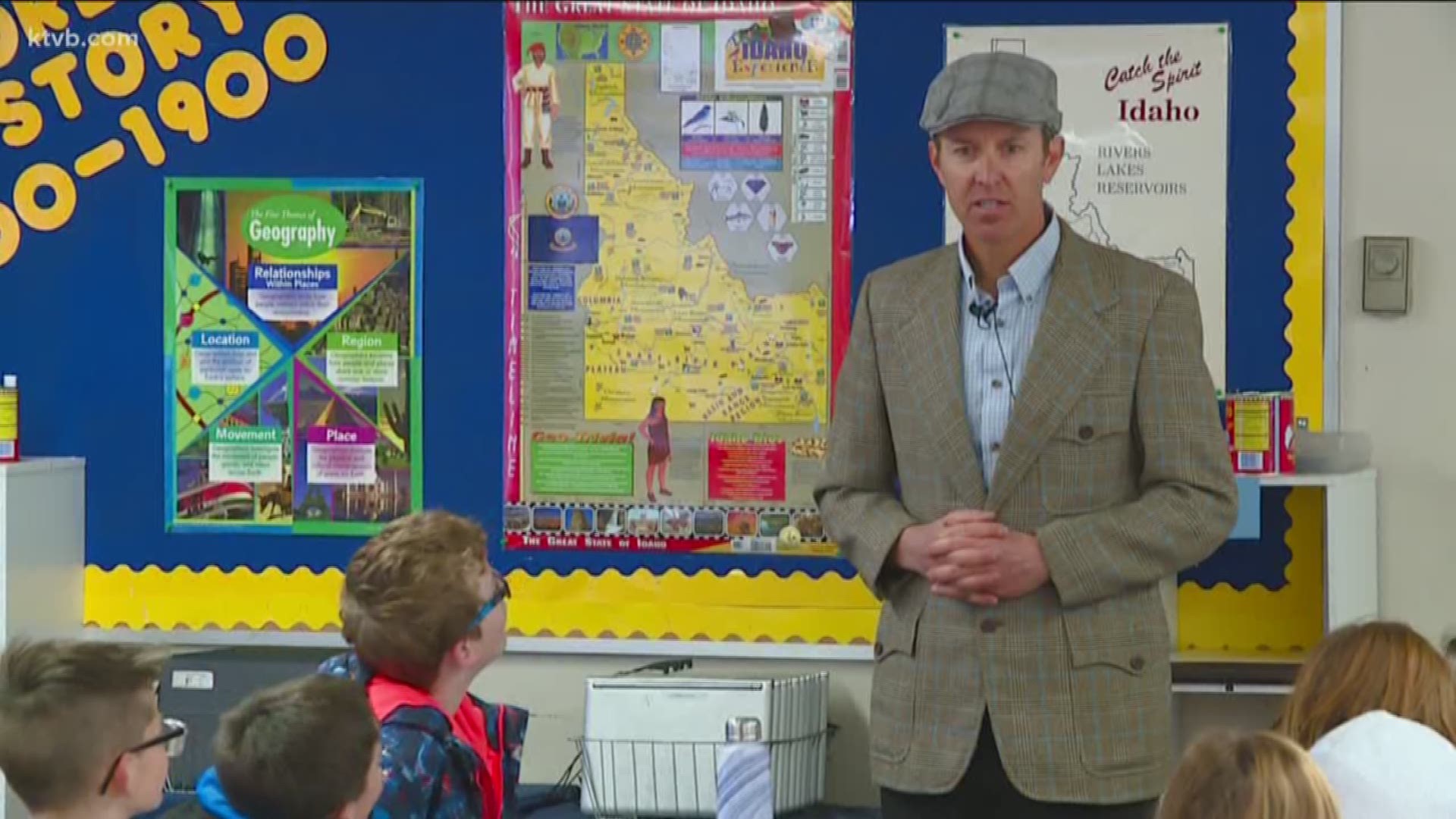 BOISE, Idaho — One fourth grade teacher transforms into several characters to help his students better understand the books they're reading.

His name is Bill Hoffman. He's been teaching at Pierce Park Elementary School in Boise for 17 years now.

His students enjoy his fun-filled approach to learning.

"Oh my friends it's so good to see you."

Dr. Watson is one of many characters visiting Mr. Hoffman's fourth grade class.

"I was just making my way down Baker Street. I was visiting Sherlock Holmes, ha, quite a mystery."

"I have a grave problem, my friends, the time traveler...have you heard from him? No? I'm quite concerned."

"And I missed all the good stuff again. We've been talking a lot about conflict. You said who came and visited today? Dr. Watson. Does it sound like Watson is dealing with one of these types of conflict?"

"What better way to teach point-of-view conflict themes of literature than by having the characters themselves come in."

"It's so nice to find a safe place, if only for a moment. Thanks for offering me water, I'm so parched."

He does his costume changes just outside his classroom door.

Another book coming to life with Captain Robert Walton from Frankenstein.

"As the days get shorter, I fear my ship may be lost."

And Victor Frankenstein himself.

All of the transformations are a big learning hit.

"When he like goes in the costumes it's fun and I like it because he just kinda like acts out the characters," said Reece Richey, student.

“They come in and tell us stories about what's happening to them," said Lydia Hamlin, student.

"We know that he's the characters but we just try to play along with it and it's really fun," said August Marx.

"it's my belief that imagination, fantasy, make believe, playfulness, fun, that should all be part of a classroom environment. And I tell my students this is their job and I want their jobs to be fun, I want them to be inspired. I never break character and there are a lot of great literary elements that we study and address when these characters come in."

And he tells us his class can expect even more as they dive into more books.