Karl Topping is building his students' future by encouraging them to shoot for the moon. 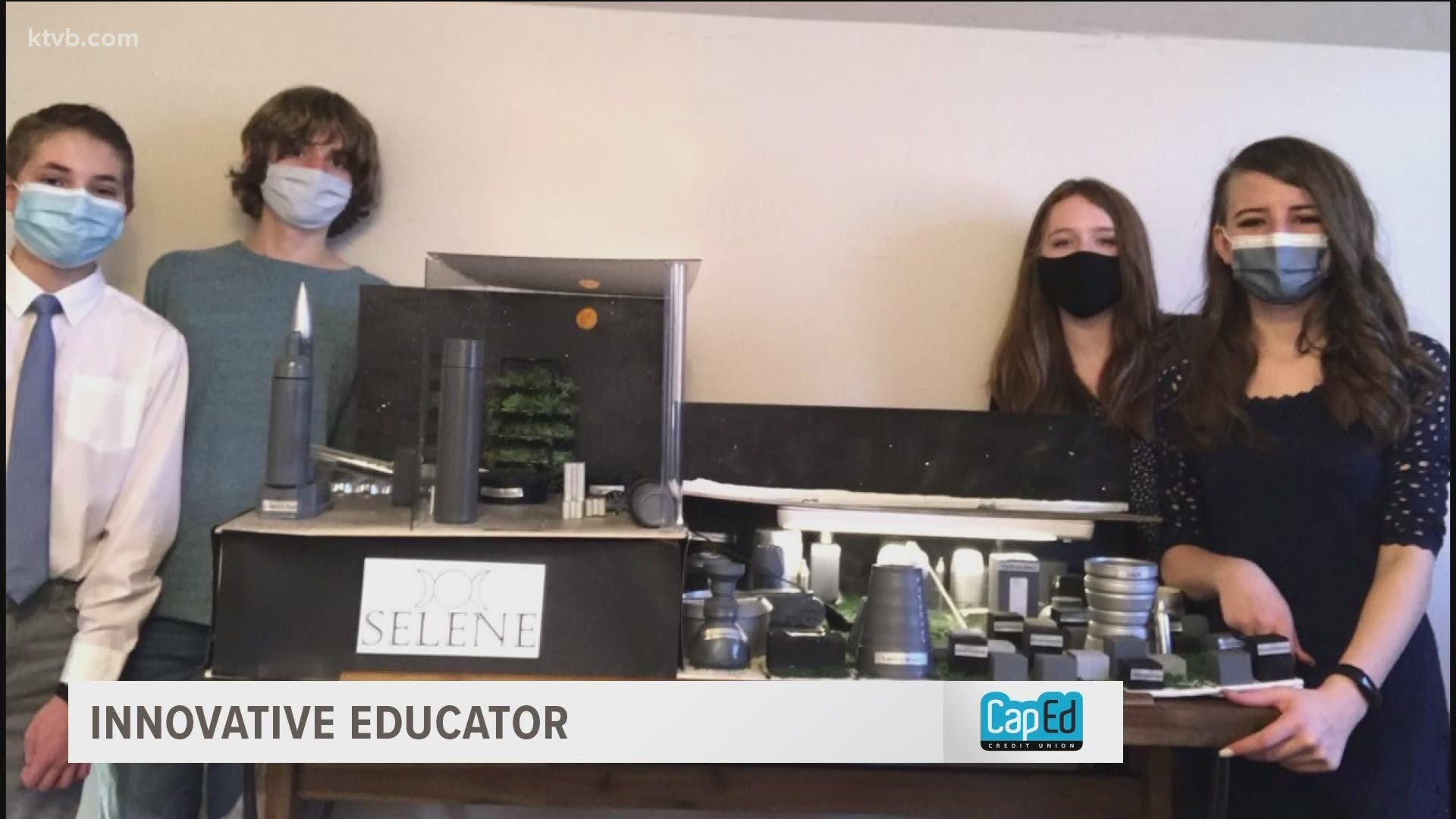 Karl Topping teaches 6th-8th grade gifted and talented students at Heritage Middle School in Meridian. Six years ago, the principal asked him to develop the program.

"I was nervous, but I went to school and got certified and everything, and we just went from there," Topping said.

A few years later, Topping started a Future City team at the school.

"It's about as real-world as you can get," Topping said.

He did it with the help of engineer Roberta Garvin, who mentors the team.

"These are smart kids with great ideas," Garvin said.

"It has to be plausible," Topping said. "It can't just be willy-nilly with time travel."

This year's team - made up of eighth-graders Evan Shaw, Lucas St. Claire, Bridgette Donohue, and Aleigh Holmes - imagined, researched, designed and built a model of a city they call Selene. It's named after the Greek goddess of the moon.

"We call it an interplanetary gas station," Evan Shaw said.

"We built it on the moon to research and be a rocket repair station," Bridgette Donohue added.

The lower level of their city is built in a lava tube. The facility has a conveyor belt to move people and products from one level to another, lights that mimic sunlight, research labs, full living amenities for the population, including a shopping mall and gym, and it's all powered by fusion.

They won the Idaho Regional and just competed in the finals against teams from across the U.S., Canada, China and Nigeria.

"So it was great to finally have our work kind of pay off, I guess," Donohue said.

Topping said he knew the team had the tools to excel.

"They did a talent show in sixth grade that the creativity was through the roof," Topping said. "So I knew by the time they got to eighth grade and had a Future City Competition that they would have honed their creative talents, and they did. It panned out."

"To see them put that extra effort into something that can really help them in the future, all of the research they have done, they surprise me when they answer questions with some of the facts they come up with," Garvin said.

Topping says he's more of a guide for the Future City kids than a taskmaster.

"The creativity definitely comes out, and I just kind of stand back and politely criticize: 'Maybe you want to do this. Maybe want to do that,'" he said. "Maybe I'm not that polite, but they'll laugh a little bit."

Topping's students say they appreciate his teaching style and his sense of humor.

"He's just lots of fun to be around," Shaw said.

"I've had him for three years, and I can say that there hasn't been a day when I haven't learned something," said Donohue.

Topping says the intelligence, talent, and tenacity of his past and present students allows them to, well, shoot for the moon.

"I could never find that upper threshold with these kids," Topping said. "I'm still pushing every year. You know, where's too much? When is it too much that I'm going to confuse them? And I haven't found it yet, and it's amazing. It's amazing."

The Future City finals are usually held in Washington, D.C, but because of COVID-19, the whole event was virtual this year. The Heritage Middle team will find out if they won any awards on April 7.