Innovative Educator: West Ada 5th graders have a shot at a world championship

The vex competition requires the students to drive the robot they built around an "arena" and push and place yellow and orange cones called "hubs" in marked off areas for points. 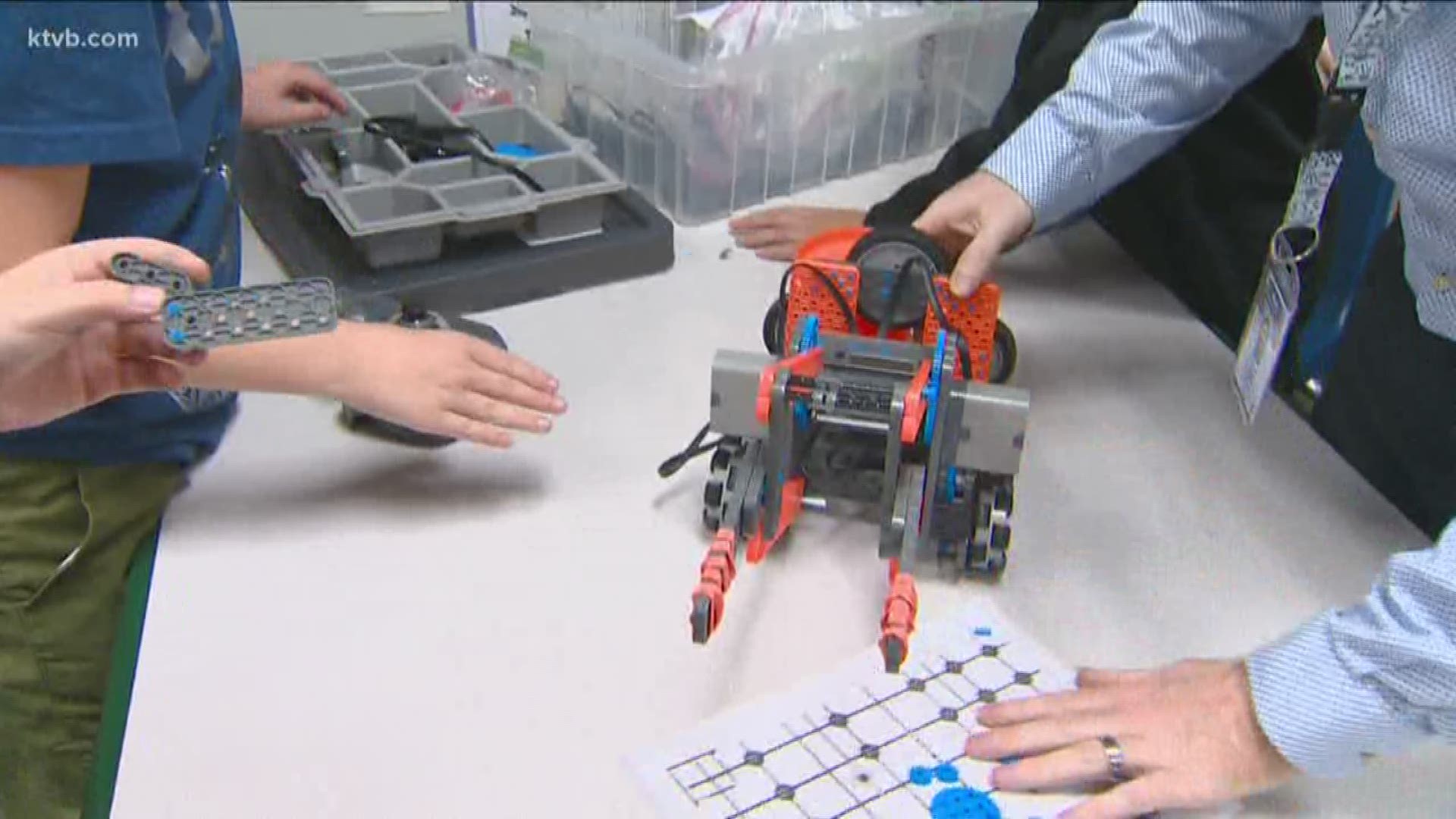 BOISE, Idaho — The Joplin Elementary robotics team, the "Galaxy Vexxers," is getting ready to go to the Vex Robotics World Championships in Louisville, Kentucky April 28-30.

The team is made up of three fifth grade girls and one boy.

The girls are Greta McCrory, Arwen Hall and Jayla white.

"It just proves that girls can do anything if they really put their mind to it," Jayla White said.

The boy is Santana Rodriguez.

"I actually was kind of a little sad that I wasn't on the boys' team, but now I'm kind of glad because we actually made it instead," Rodriguez said laughing.

Violeta because the robot is part purple.

The team is guided by coach Jeramiah Brown.

"It's very important to me to give them these kinds of opportunities," Brown said.

The vex competition requires the students to drive the robot they built around an "arena" and push and place yellow and orange cones called "hubs" in marked off areas for points. They can also earn points by using the robot's extendable arm to hang from a bar.

"So we usually start by grabbing the yellow hub. We have different strategies that we do," McCrory said. "Sometimes they don't always work."

"So you built it and it feels good to kind of drive it because you know that it's working and everything is functioning correctly," Hall said.

Vex Robotics is a company that provides educational and competitive robotics products for schools and competitions. It sponsors the world championship.

The "Galaxy Vexxers" are going to Louisville after winning the Idaho state event.

"We were ecstatic," White said.

They will be one of 400 teams from America and around the globe.

"All the other teams are from like China and Germany, Australia, all these other places," McCrory and Hall said.

"It's huge," Brown said. "They're the first elementary team in Idaho to actually participate in this event."

Brown teaches reading in the mornings at Joplin. Then he teaches fourth and fifth-grade robotics and third and fourth-grade computer coding in the afternoon. The coding kids actually build their own video games.

"The more we can expose the kids to different careers in STEM the better off they're going to be when they get older," Brown said.

Here's the thing: He teaches the robotics and coding for free. He volunteers for it.

And he got just about all of the equipment and furniture in this classroom through grants or donations.

"I'm like one of the other dads that said I wished I could do this stuff when I was a kid," Brown said.

Now, in no small measure because of his dedication, his kids are going to worlds.

When asked what he looked forward to most about the trip to Kentucky Santana Rodriguez said "to win the competition."

"I just hope they have a lot of fun," Brown said. "It's going to be a great experience."