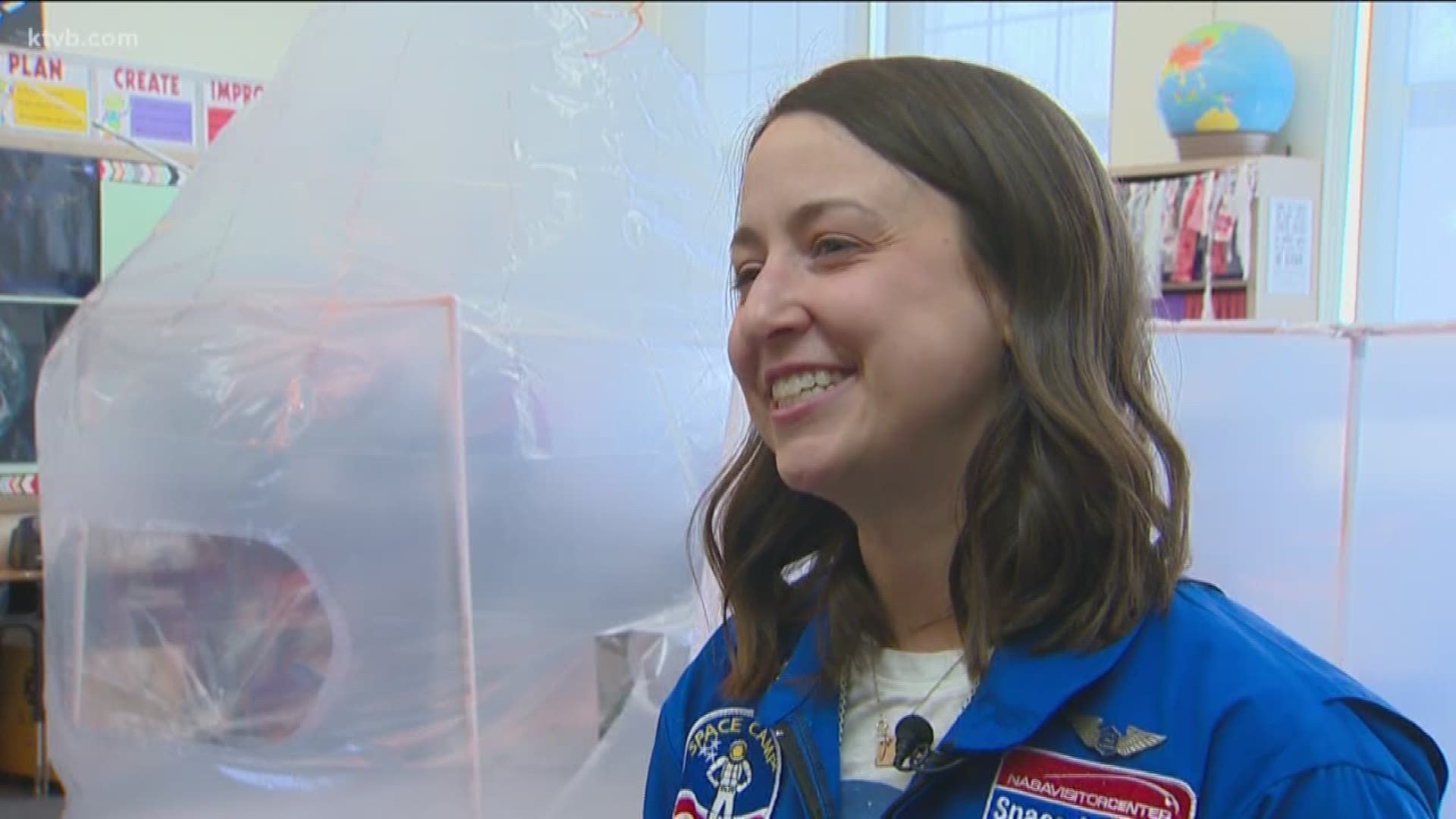 BOISE, Idaho — In recent years, there has been a big push toward STEM education; focusing more on the subjects of science, technology, engineering and math.  With this focus on STEM learning, many teachers have been finding more creative and fun ways to engage students in some of these more challenging subjects.

One fifth grade teacher at Washington Elementary in Boise is “launching” her STEM lessons right out of this world!

"We have the Orion Capsule which is what the people are going to be in,” explains student, Myles Cooper.  “The Mars Excursion Habitat is where it's going to be orbiting Mars.”

"The whole school is doing Space Week, but they only get to learn about space.  That's all they get to do,” says student Gwyneth Schroder.  “They don't get to build a bunch of stuff.  I mean, they could build stuff out of paper that's about this big, but not THAT big!" she says as she references the large structures in the classroom.

Schroder says this just may be the most “out of this world”5th-grade class at the school.

"And the other class don't even get these fancy pins!”  Schroder shows off her “WASA” badge, “It's a number 2 pencil, and ours is called 'Orion #2.'"

The mastermind behind this mission is teacher Maddie Johnson.  Like some other local teachers, Johnson earned her blue space suit and cadet credentials at Space Camp.  She now “suits up” when she launches her STEM lessons into the universe.

This is not just a science lesson.  The students are also using skills in technology, engineering and more.

"There's a lot of math and science that's going into them building these together,” Johnson says, while showing off the structures the students have put together.

"Like when we were building the fan sleeve, we had to make sure that it was seven-inch overlap,” Schroder says.

"There's a set of plans but they are not thorough plans at all,” says Johnson.  So, it takes a lot of hard work for the kids to figure out 'how do we make the structure fit within another structure, and kind of make all of those pieces fit together.’”

"We're learning hydroponics, which is growing plants in just water,” says Schroder, “because, you know, there's no soil out in Mars."

"Our big things that we were pushing were collaboration and communication.  Those are life skills that the kids need to be able to get in, things that we use in our jobs too,” Johnson says.

From WASA to Mars, and back to Boise again…

“Your parachutes have deployed successfully…” one of the students says, as the class cheers.

"I had the best 5th grade teacher ever,” Johnson says, “And she dreamed big.  So, no matter what we were doing, our classroom was transformed into that subject.  I mean, it helped me to dream big.  So I hope it will help them to continue to dream big too."

We highlight an innovative educator every Monday here on Today's Morning News.  If you'd like to nominate a teacher, you can email us at innovativeeducator@ktvb.com.