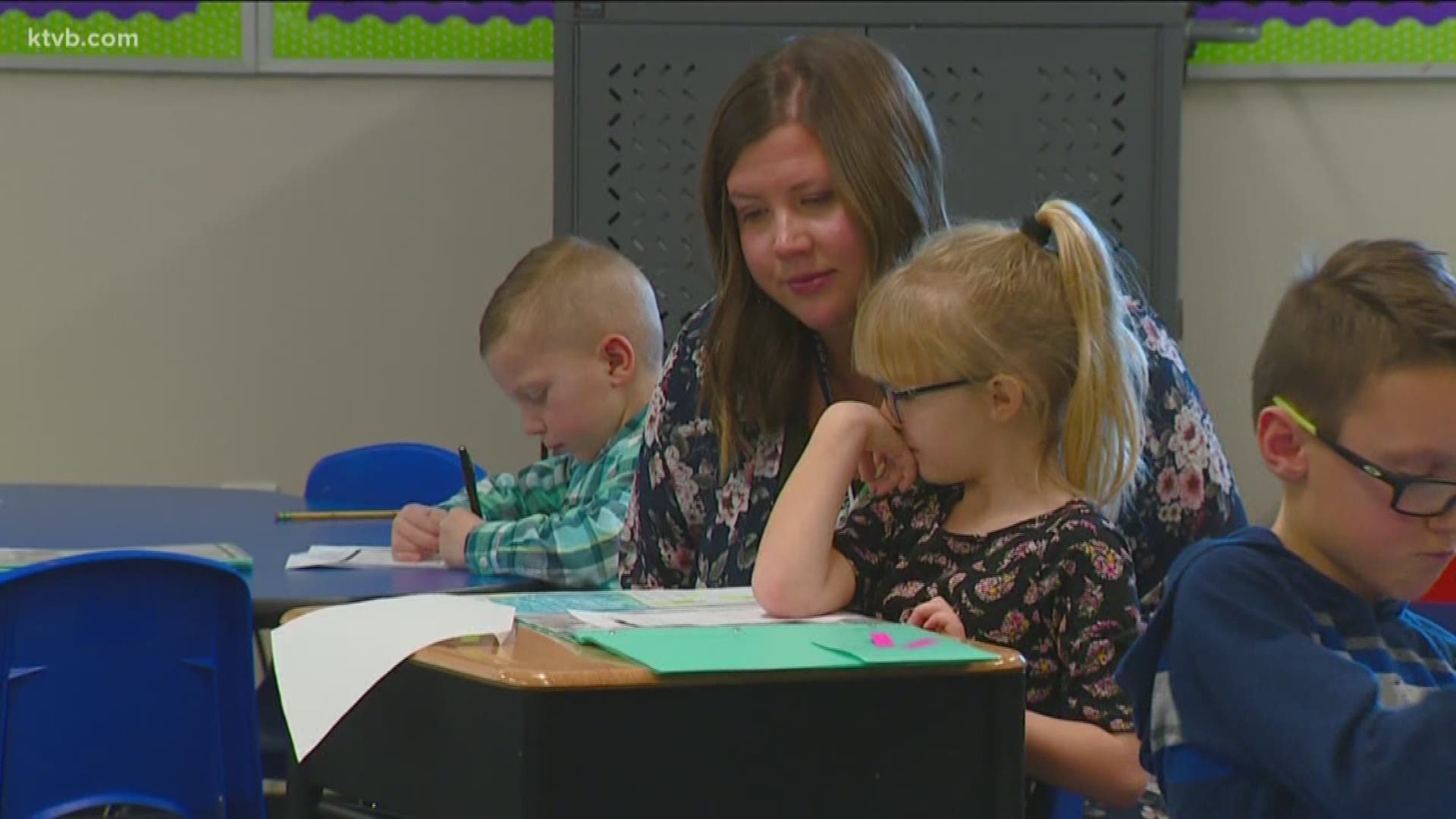 NOTUS, Idaho — In Chelsea Fuller's first grade class at Notus Elementary School you won't find orderly rows of traditional desks. She lets her first graders roam free to a certain extent so they can choose where they feel they can learn best.

Fuller starts off with some work with the students in the open floor space and some goal setting. On the day we visited, the goal was to improve their writing.

Then she releases the students to go find what she calls their "working spot" in the classroom. The concept is called "flexible seating."

"It gives them an opportunity for choice, which always helps students be a little more proactive in their learning, I think," Fuller said. "It just basically gives children the opportunity to sit where they're comfortable, sit where they like."

First grader Josie Smith described her decision-making process for choosing a kid-sized couch in the corner for her comfort zone.

"I just think in my brain and then I say, ok no one is sitting there, so then I walk over there and sit down," Smith said. She added that she likes that space because she is able to work harder there.

Carson Linkhart chose a round table with several chairs around it as the spot where he worked on his writing.

"I like that I learn new words," Linkhart said.

The children can choose a traditional table or desk, a wobble stool, a standing rocker at a standing desk or a scoop rocker.

"I think their engagement in their task at hand is better when they can separate themselves and then we can come together as a whole," Fuller said. "This is our most active age group I'm sure that we teach. So it's good for them to have the ability to wander around a little bit."

"Because then we can sit where we want to and then we don't have to sit there every single day because then we might get bored just sitting right there," Josie Smith said.

Fuller believes making choices at a young age helps prepare them for the future.

"I hope that they are responsible in their decision-making," Fuller said. "That they learn about themselves, as a learner, what works for me, what doesn't work for me,"

This method appears to be working for all of them.

And that sits just fine with Chelsea Fuller.

If there is a teacher you would like to nominate, you can email us at innovativeeducator@ktvb.com.