The Maple Grove Elementary fifth grade teachers called on the services of Uncle Sam and Rosie the Riveter to set the tone for the school year. 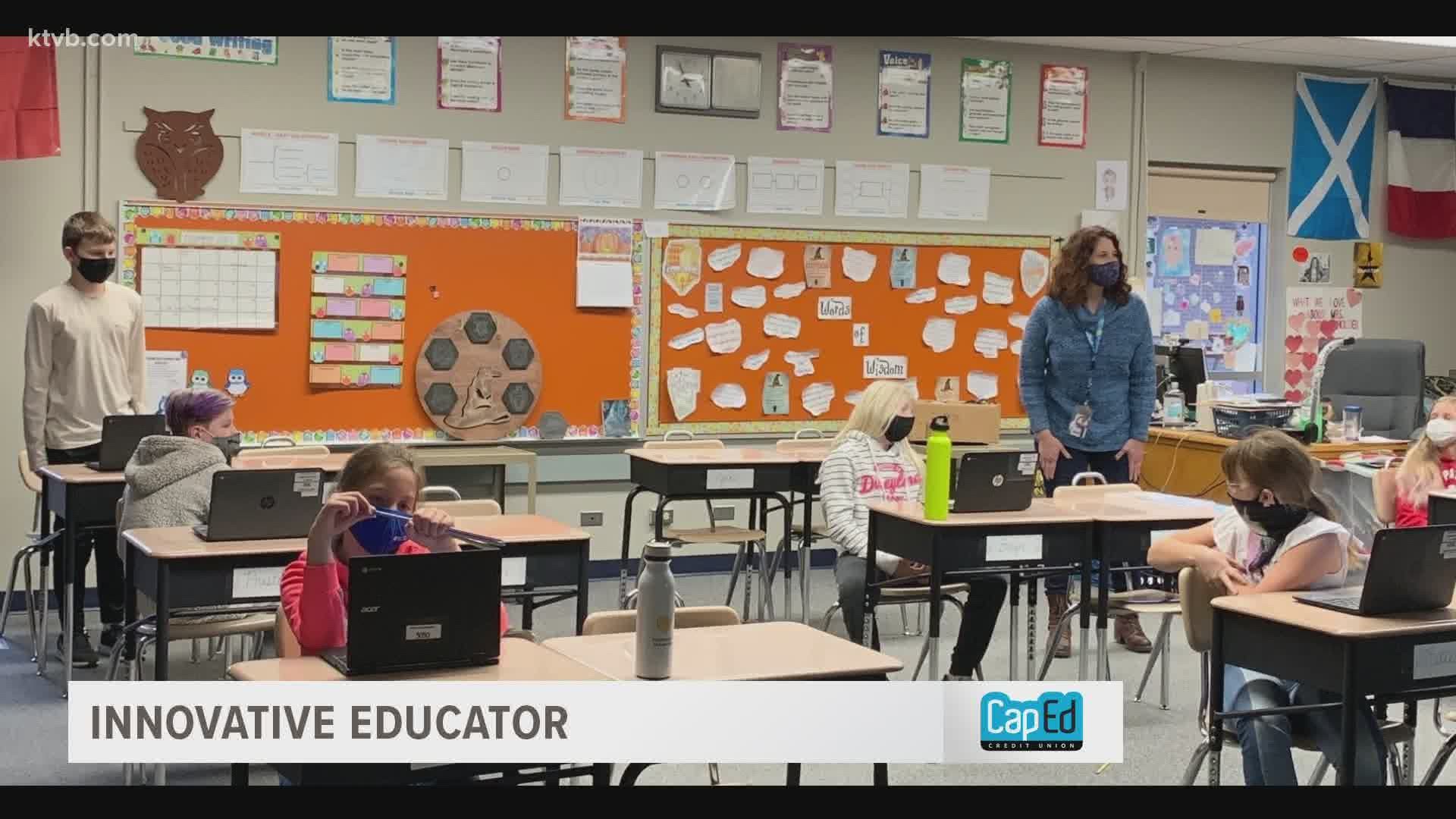 BOISE, Idaho — When the school year started with all remote learning, two fifth grade teachers at Maple Grove Elementary School in Boise wanted to welcome their kids back in an historic way. So they called on the services of two American icons. You could say this week's Innovative Educators made an impression by doing impressions.

"We're teaching all subjects, but we find ways to bring history into all the things we're trying to teach," Rath said.

So when this historic, COVID-19-complicated school year kicked off remotely, they really showed their character and their characters. In a welcome back to school video for students, Mr. Rath and Mrs. Holder portrayed Uncle Sam and Rosie the Riveter.

In the video, Rath as Uncle Sam says "I became well known in 1917 on posters to recruit soldiers for the United States Army to fight in World War I and again in World War II."

Holder as Rosie the Riveter explains "I became a symbol of motivation to recruit women of all backgrounds to get jobs at the factories."

They portrayed Sam and Rosie to teach the history of these two symbols and to connect the past and the present.

"Instead of fighting a war against countries and people, you are fighting against a virus called COVID-19," Uncle Sam says in the video.

Sam and Rosie also eased the students into the safety protocols they would find when they came back to school.

"You can do your part by wearing a mask in public," Rosie says in the video.

"To have the kids having to come back knowing that they would have to wear masks and they would have to do things a lot different, we just wanted to set the tone that, hey you're not alone," Rath said. "Other people have had to do some things like this as well."

As an example, Rath as Uncle Sam explains that ration stamp booklets were delivered monthly to families during WWII, and they couldn't buy sugar, flower, eggs and other items without a ration stamp.

"It sometimes comforts me a little bit to know that our country and our world has faced difficult things before and coming together as a community with a strong front to defeat a common foe, and I thought that would be a good message for our year," Holder said.

Plus, it was fun.

"Oh, it was a delight," Holder said. "She (Rosie) is upbeat and she's energetic in my imagination."

"My looks lent me toward somebody with a white beard," Rath said.

They say the kids connected with it.
"One of them told me it was 'cringey cool,' and I assured her that, as fifth-grade teachers, that's what we do best," Holder said.

The Boise School District is going back to all remote learning after Thanksgiving break. So Andrew and Kelly say Uncle Sam and Rosie the Riveter may make another appearance.