Sherri Redmond started concocting characters as a way to excite her fourth graders and keep them engaged during remote learning. 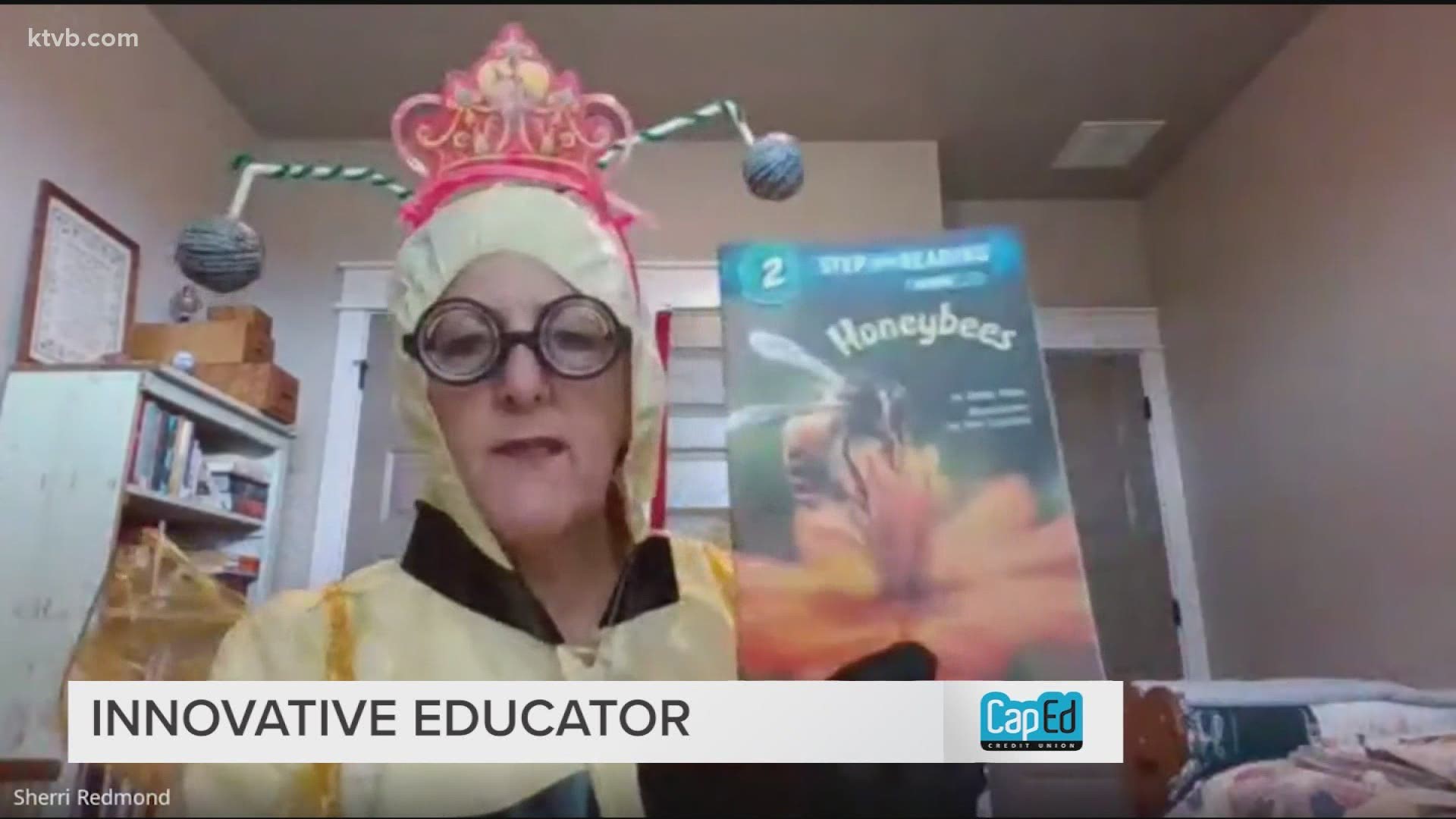 However, her fourth-graders at North Elementary School in Mountain Home have also known her as Athena the Artist, a mad scientist, the Plant Doctor, Queen Bee and Clem Kididdlehopper.

"Hey there, I'm Clem Kididdlehopper, and this is my good friend Mort Salt," Sherri Redmond said in the character of Clem during an online videoconferencing lesson with her students.

"Gold was discovered in the Boise Basin in 1862 by George Grimes," Clem explained to the class.

"My grandpa used to pantomime records, and he had a character that that's what the name of the character was, Clem Kididdlehopper," Redmond said.

When the pandemic forced schools to go to remote learning back in March, Redmond started concocting many different characters with Doerr.

"It's just fun to work with people who think like you do, as crazy as it sounds," Redmond said of Doerr.

Redmond's characters help her students stay engaged and entertained by the lessons.

"They got instructions from Athena the Artist to go and do different rubbings and different textures around their house," Redmond said.

The teacher has also dressed up as a kangaroo, a clown, The Plant Doctor, and a mad scientist.

"Last spring I made paper at home in my house and videoed it," Redmond said. 'I was the mad scientist making paper."

Her performances are getting rave reviews.

"After Clem I had one little kid go 'that was crazy.' So I think they like it," Redmond said.

Credit: Courtesy of Sherri Redmond
Sherri Redmond dressed up as a clown during a lesson on clownfish and the ocean.

She plans to keep creating characters to keep connecting with the kids when they're at home.

Redmond says she's never worked harder in her 27 years in the classroom, but it's all worth it because she loves teaching and she loves the kids.

"I think I feel more comfortable with short people than I do with adults," Redmond said. "They have that sparkle in their eye. It's pretty neat when you can build a relationship with them and they respond to it."

Redmond and the kids are now in a hybrid model. Half of her class comes into school in the morning. The other half comes in in the afternoon Monday through Thursday. Friday's lessons are all remote. That's when she unveils her latest creative character.

By the way, for those of you familiar with the comedian Red Skelton, Clem Kididdlehopper was the name of one of the characters he portrayed on his comedy show.

If you would like to nominate a teacher who is going above and beyond, send us an email to innovativeeducator@ktvb.com.
Educators, for more information on submitting an application for a classroom grant through the Idaho CapEd Foundation, visit www.capedfoundation.org.