"It doesn't matter what challenges they are given, I want them to have the confidence in themselves to know that they can do it." 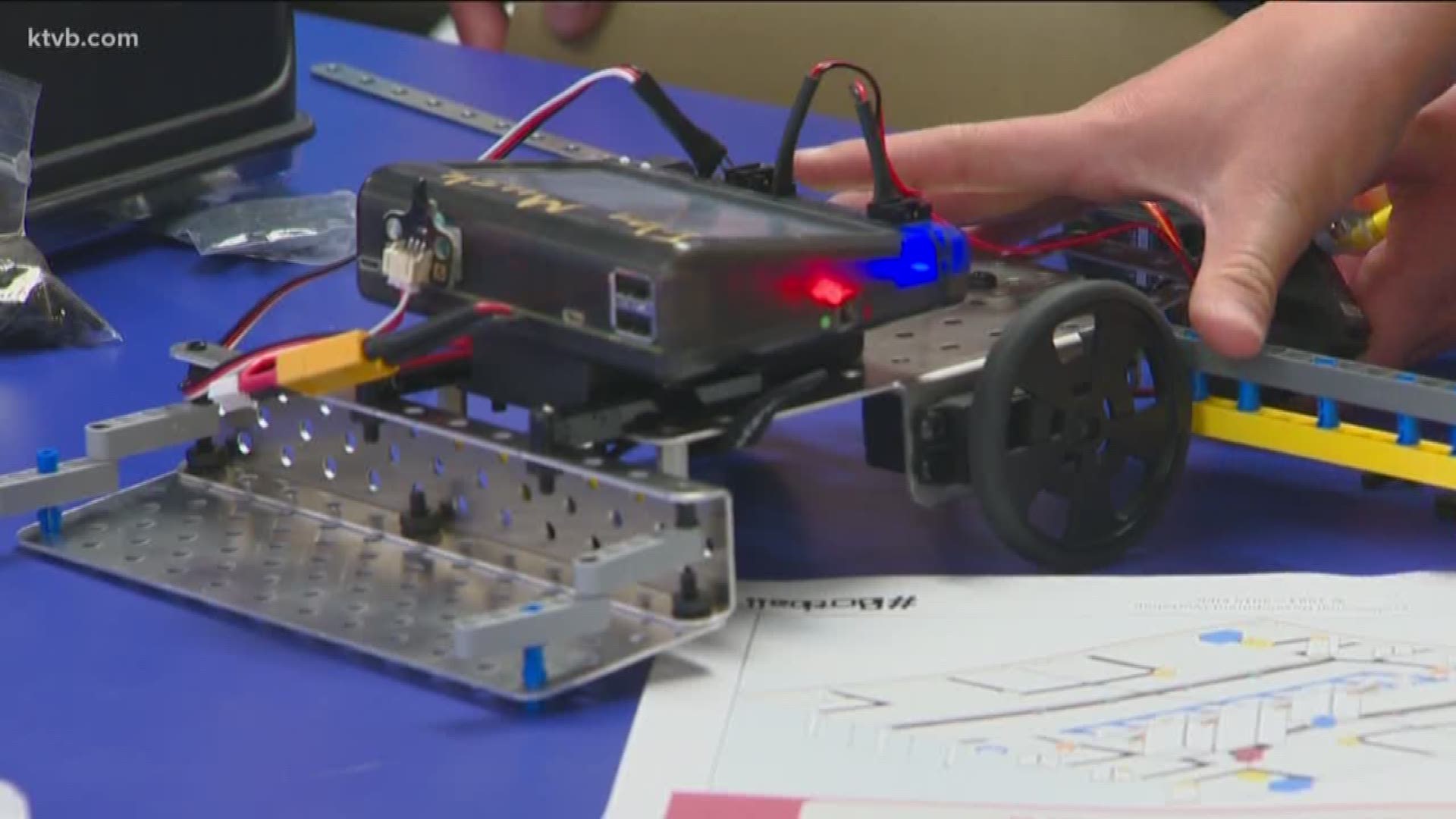 EMMETT, Idaho — Emmett Middle School teacher Christina Hopper is teaching her students to build and program robots, but she doesn't want them to approach the assignment like robots. She encourages creativity and collaboration.

The older students in her technology class are getting ready for the state Botball competition coming up in late April.

"We're deciding our game plan, what we want to go for because there are certain things we have to get points with," Eighth-grader Halie Allen said.

They are building their robots and writing the computer code to program them to perform certain tasks.

The younger students are learning the Botball basics.

"We're working on where we have to drive our Botball, pick a can up with the servo and stack the cans on top of each other," fifth-grader Hayden Wingett said.

"It doesn't matter what challenges they are given, I want them to have the confidence in themselves to know that they can do it," Hopper said.

She wants them to think for themselves, be creative, work together and not be... robotic.

"I give them the tools to help them accomplish a task, but I don't tell them how to do it," Hopper said. "If I were to give these guys the same challenge, I will have five different approaches and each one of them will fit their personality."

The kids appreciate the freedom to collaborate and be creative.

"We're all good friends outside of school and in school," Allen said. "So we work together pretty well."

"I like that we can work on our programs, and if we do something wrong, we can always go back in and fix it," Wingett said.

Hopper took a group of students to California in August of 2018 for the Global Conference for Educational Robotics. They got to show off their Botball skills.

"I love to see them shine, and I'm perfectly OK with being in the background," Hopper said. "I want them to go out and do things."

Things such as maybe be an engineer someday.

"Getting more girls involved in STEM is a personal goal of mine," Hopper said.

"Personally for me as a girl, I know there's not a lot of female engineers out there, and so I know this will help me hopefully get a really good job," Allen said.

"Having that effect on her - it makes me very proud," Hopper said.

Having that kind of impact is one of the reasons she says she'll probably teach until she's 90.

"The greatest part about teaching is that I do get to see kids flourish," Hopper said.

The Botball competition the kids are preparing for is coming up on April 27th.

Hopper says Idaho has had Junior Botball events before, but this is the first year the state will have a Botball competition. It will be held at the Galileo STEM Academy in Eagle.