Kindergarten teacher Kassi Canas dressed up as each letter of the alphabet to teach her students their A-B-Cs. 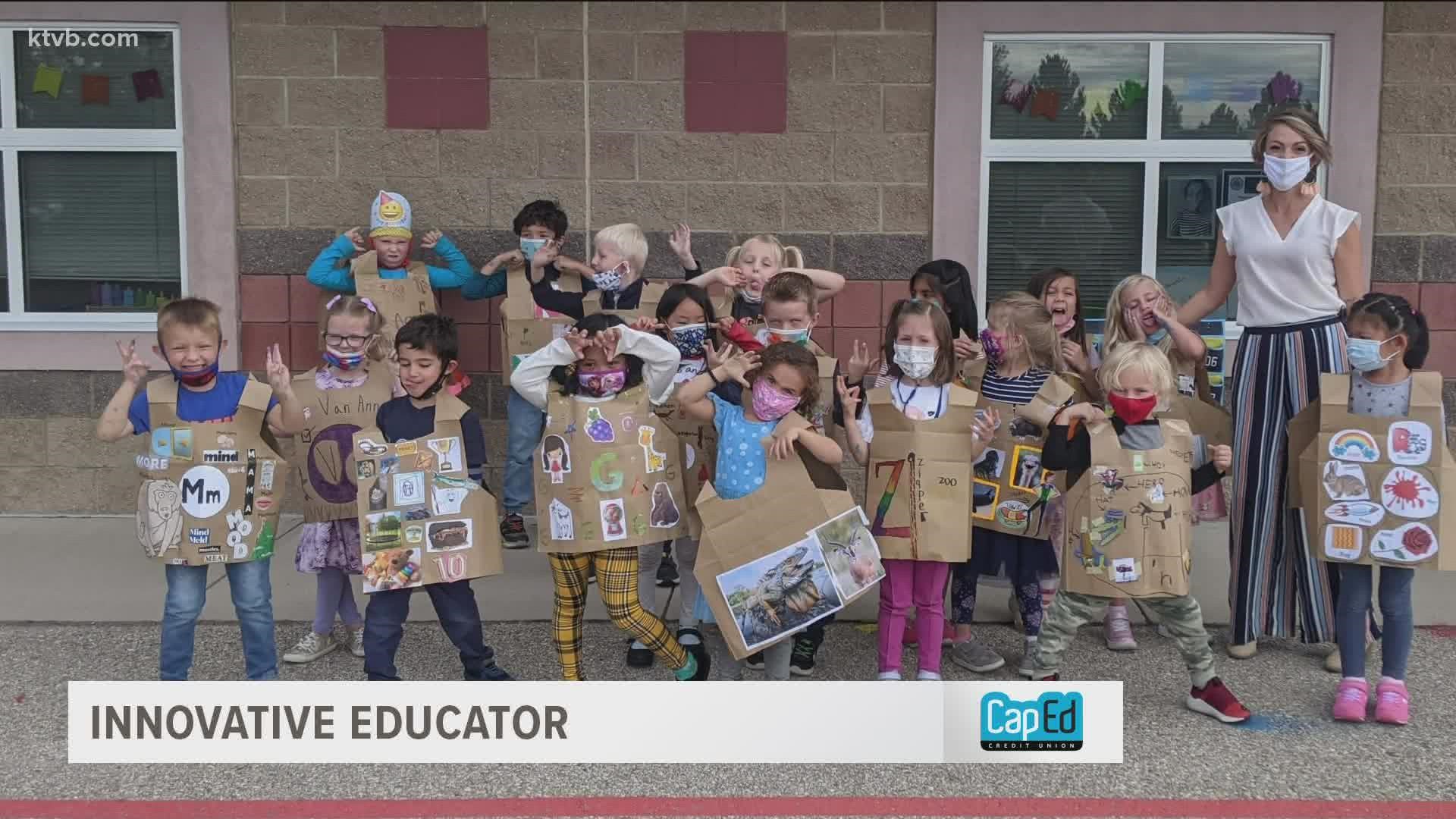 "Out of frugality, mostly I kind of stuck to what I had in my closet," Kassi Canas said.

Each day she created a costume representing the letter of the day.

"I believe that kids learn best when they're excited and engaged in their learning, and this really gave them that opportunity," Canas said.

She was an X-Ray for X day and a Ladybug for L day.

"I colored big spots on my shirt. I wore a tutu and striped stockings. I was feeling very ladybug-ish," Canas said. "And they were like, 'where are your wings?'"

She also dressed up as an octopus optometrist for O day and a Unicorn for U day.

"All of the kindergarteners love unicorns," Canas said.

Canas says the kids also got in on the act.

"All the kids brought something to share that also starts with the same letter as the day," Canas said.

And on Y day Canas came as a yoga instructor.

"For yoga, they did yoga with us, and I tried to really get them going that way," Canas said.

They were important lessons delivered in a fun way.

"For me it was fun to dress up every day and to be creative, but for them it was fun to guess what I was going to be every day," Canas said. "One of the skills that we want the kids to have is on sight know all of the letters and the letter sounds that come with them."

To put an exclamation point on the letter lessons the kids held a fashion show. They decorated paper vests with their assigned letter and all the things they could think of that have that letter sound. Canas gave an example.

"This kiddo's letter was J, and so they could print pictures or draw pictures or write, and they decorated their little vests and they wore them and we had a red carpet laid out in the classroom and fashion show music and they got to strut it and show off their letter," Canas said.

After all, learning is always in fashion.

"We want to get them excited about learning, and they already come so excited to be here and to share and to learn," Canas said. "They make me so happy."

If you would like to nominate a teacher who is going above and beyond, send us an email to innovativeeducator@ktvb.com.

Educators, for more information on submitting an application for a classroom grant through the Idaho CapEd Foundation, visit www.capedfoundation.org.