Council teacher sows the seeds of self-reliance in her students 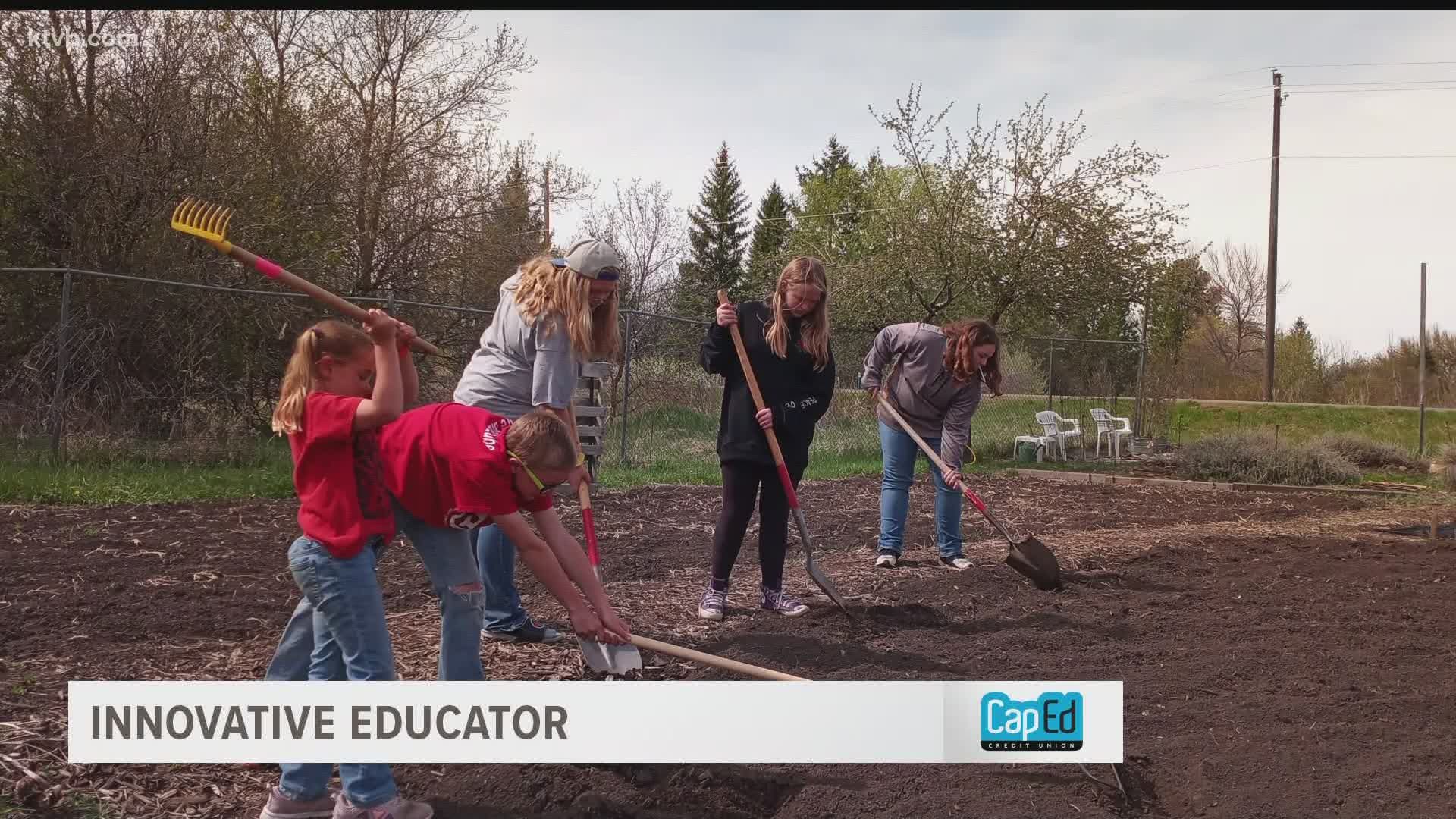 "Our students grew from roots of self-reliance as they came from homesteaders. That was really in their roots, and the kids had gotten away from that," Cook said. "They'd gotten away from healthy eating and from eating from the land."

She started the project in February. Now, the K-6 students are the ones sowing the seeds - a lot of seeds - in the school's greenhouse.

It's a hands-on, hands in the dirt project.

"The kids will go out and they'll squish in the dirt and they'll touch the plants, and taste them sometimes," Cook said. "Children will look at a plant, like the first seed they grew, and just be in awe of the fact that this plant grew, and that they grew it, and they'll jump up and down and squeal".

They've even harvested lettuce and other veggies for the salad bar in the school cafeteria.

"They were so happy," Cook said. "They just jumped up and down as they showed the rest of the students, and you could see them up by the salad bar saying 'we grew that. We grew that. You should eat that. It's delicious.'"

Cook teaches reading and math, but says cultivating plants helps nurture the students' knowledge in those subjects, too. They have to read directions and they calculated the area of the growing tables.

"That way we could decide how many flats we could grow," Cook said. "Then we decided how many seeds we needed and how many cubic feet of soil we needed."
The students are also teaming up with the Adams Soil and Water Conservation District on a pollinator garden to attract and feed bees, butterflies and hummingbirds. Plants will soon be transported from the greenhouse into their small plot in the Council community garden.

It appears the Roots of Self-reliance Project has found fertile ground.

Cook also organized an after-school garden club for the kids. They're holding a plant sale fundraiser for the club at Council Elementary School on the last day of school, May 27, from noon to 6 p.m. She hopes to use the money to take the kids on a field trip to a big greenhouse to see the operation in action, and then get some ice cream for them because they haven't been able to go on any field trips during the pandemic. Cook says they've received a ton of support and donations from businesses, organizations, and the community to make the greenhouse and the garden club possible.

If you would like to nominate a teacher who is going above and beyond, send us an email to innovativeeducator@ktvb.com. Educators, for more information on submitting an application for a classroom grant through the Idaho CapEd Foundation, visit their website here.