Burley teacher encourages students to see themselves as scientists

On the first day of class, Jessica Johnson asks her students at Burley Junior High School to draw what they think a scientist is. 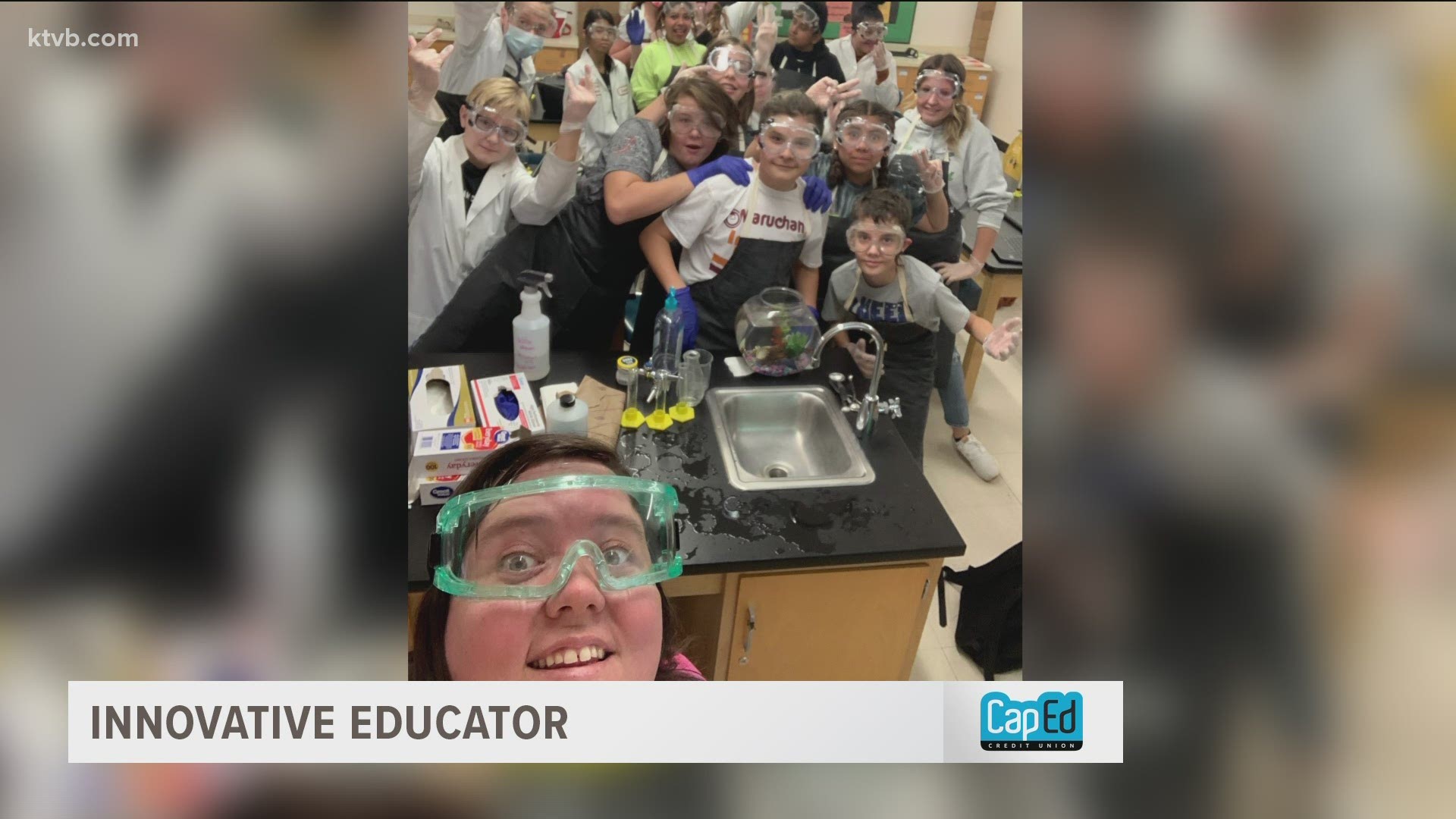 BURLEY, Idaho — On the first day of class, Jessica Johnson asks her students at Burley Junior High School to draw what they think a scientist is.

"Ninety-eight percent of the time they draw somebody who basically looks like Albert Einstein," Johnson said.

She wants them to picture something other than the stereotype.

"And then I show them what a scientist actually looks like, and I show them my picture, and then I show them their pictures," Johnson said. "So they really start to see themselves as scientists. I remember some of the best teachers I had were teachers that did things that were not in a text book or not following a script, and they made me excited about learning."
For Johnson, that means giving her life science students fun but challenging projects and experiments to carry out, such as building a bridge over an ecosystem using only marshmallows, toothpicks and two Styrofoam cups.

"This is already taking life science, but then bringing in engineering," Johnson said.

"So we were testing out which brands of soap made the best bubbles for kindergartners," Johnson said.

Or dunking glow sticks in hot and cold water to see how heat speeds up molecules.

"They stick the glow sticks in and instantly they see, oh hey, the one in hot water is brighter," Johnson said.

The students in her human body class even designed a website focusing on resilience and the science of the human brain. The project has a very serious purpose; to help prevent suicides and help those who are going through a tough time.

"They've really designed this entire website, and they just have done a really amazing job at taking the driver’s seat, and I get to just kind of supervise," Johnson said.

Ms. Johnson says the students really do evolve into thinking of themselves as scientists.

"They're always really excited to try something new, and they're not afraid to make mistakes, which is a huge part of being a learner and a scientist," Johnson said.

Also, Ms. Johnson just got a grant from CapEd Credit Union to buy a water testing kit and DNA and RNA kits for separate future lessons on the water cycle and genetics and heredity.

Educators, for more information on submitting an application for a classroom grant through the Idaho CapEd Foundation, visit www.capedfoundation.org. If you would like to nominate a teacher who is going above and beyond, send us an email to innovativeeducator@ktvb.com.