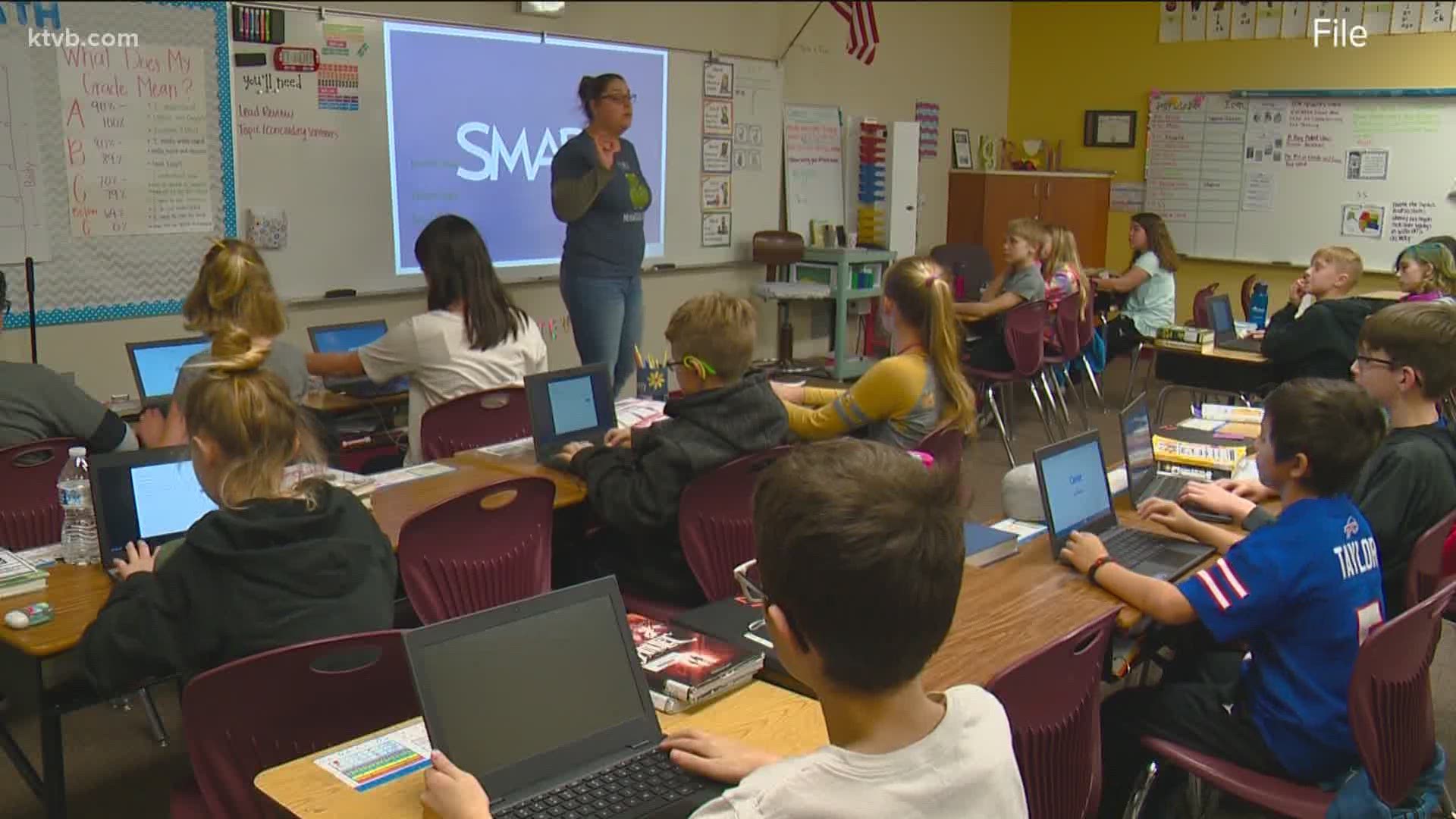 During a press conference, Little was asked if he was worried about teachers leaving Idaho because of the current climate with the COVID-19 pandemic.

"Yes, I am nervous about it," the governor responded.

And he's not the only one.

According to a recent study by the National Education Association, Idaho ranks dead last in education funding when it comes to per-pupil spending.

Local education groups tell KTVB that lack of funding, along with other issues - like low teacher salaries - regularly makes finding teachers a difficult task. Now, with the pandemic causing yet another layer of concern, that problem is being amplified.

RELATED: 'This pandemic and the reopening of schools must co-exist:' Little, school officials address reopening as Idaho remains in Stage 4

"I'm nervous as well," said Layne McInelly, president of the Idaho Education Association. "We've had a hard time in Idaho attracting and retaining teachers for a while now. So to put that with COVID and teachers feeling stressed about going back to the classroom, scared for their families and their own health as well as the health of their students, it is scary."

Eric Thies, president of the West Ada Education Association, has the same concerns.

"Now with COVID, the risk with folks that they're facing going back to school, it's really a deterrent for a lot of teachers to go back," he said. "So I expect that we'll see some early retirements and some resignations just to keep themselves safe."

Thies added that there's a lot of fear among teachers right now and it's causing some to hesitate about returning to work. He shared one example with KTVB that he said really "tugged at his heartstrings."

"A friend of mine I was talking to just the other day, he said, 'You know Eric I'm diabetic,'" he said. "He says, 'Even if I go back and it's in yellow or green, we're only there part-time', well, he's pretty sure he's going to get it and he'll wind up on a ventilator. And he looked at me and he said, 'Eric I know you have a grandson. I'm going to have one in a year but I don't know if I'm going to be alive to see him.'"

According to Thies, that's not the only teacher he's heard from with similar reservations.

RELATED: 'I've missed them terribly': Treasure Valley teachers weigh in on the return to in-person learning this fall

"That's a real fear," Thies said. "I hear these stories from teachers all the time. It's not a unique story and it hurts.

Those fears create a real concern from the education community that a teacher shortage is a strong possibility in Idaho this school year.

"Especially with the governor saying he’s calling a special session to discuss liability - that throws up major red flags for educators," McInelly said. "If they’re looking at liability issues, that doesn’t make an educator feel safe going back into a classroom and working with students."

The West Ada School District said it has 2,326 teachers and is currently not facing a shortage.

However, Thies said it could still be a possibility that a lot of teachers choose not to come back.

"About one-third of our teachers have 20-plus years experience and they all fall into the high-risk category because they're elderly," he said. "And that's not including those other folks due to immuno-compromised illnesses and things like that."

Like West Ada, the Nampa School District is not currently facing a teacher shortage either. However, a spokesperson for the district said they are hiring substitutes.

Allison Westfall, spokesperson for the Caldwell School District, said it currently has 35 teachers leaving the district, which is half the normal number. Four teachers are retiring, with two others who chose to take a one-year absence.

KTVB also reached out to the Boise and Kuna School Districts but did not receive information back.

MORE: Boise to offer childcare program when school canceled due to coronavirus