'It's the right thing to do': Idaho education leaders implement tuition freeze for 2020

The freeze means there will be no increase in tuition or fees for in-state, undergraduate college students for the 2020-2021 academic year. 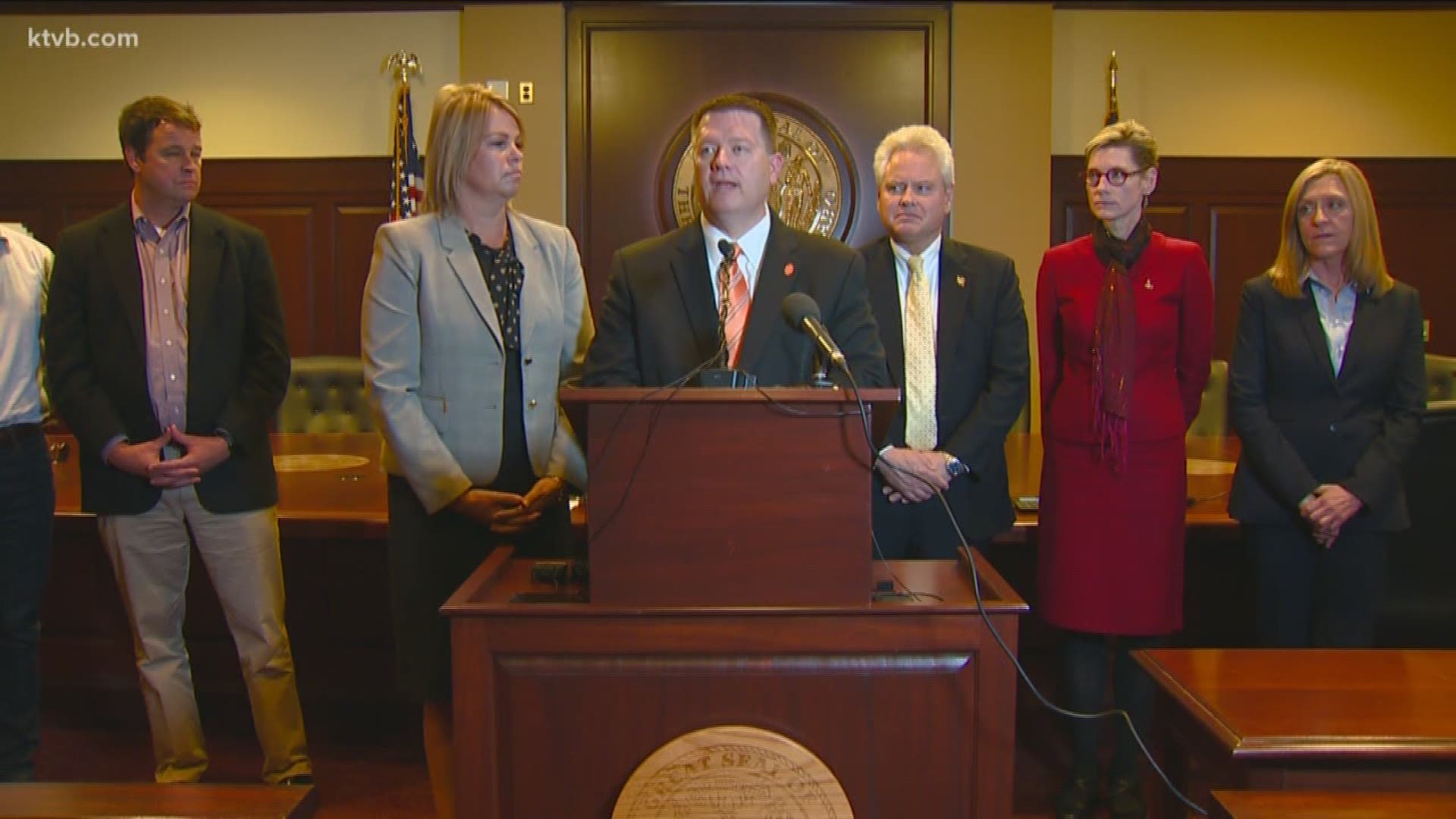 BOISE, Idaho — There will be no tuition or fee increases for Idaho college students in 2020.

The State Board of Education, along with the presidents of Idaho's four-year universities, made the joint announcement Thursday afternoon.

The tuition freeze will be in effect for the 2020-2021 academic year and includes in-state undergraduate students.

Board president Debbie Critchfield called the freeze a "historical move" because it will be the first statewide tuition freeze in 43 years.

Idaho State University President Kevin Satterlee, who is also the chair of the Presidents' Leadership Council, said the goal of the freeze is to promote higher education and address rising tuition costs.

“Our students in Idaho deserve an education that’s going to challenge them as individuals, inspire them to make positive change in our communities and ultimately, they deserve an education that will better their life," Satterlee said. "Every student that would like to pursue that should have that opportunity. To do this, we must begin in earnest to address the issue of higher education affordability.”

Satterlee added that the freeze would likely bring some financial challenges for the universities but they "are committed to it” because "it's the right thing to do."

University presidents, including University of Idaho's Scott Green, feel the tuition freeze is a positive change that will hopefully encourage more students to pursue higher education.

“What it really means is our students have some certainty in what things are going to cost next year,” he said. “We also hope that it will make Idaho more affordable to many more students next year who would like to go on to higher ed but maybe wouldn’t have been able to afford to otherwise.”

With the tuition freeze in place, it will cost Boise State students $4,034 per semester in tuition and fees; University of Idaho will cost $4,152 per semester; Idaho State comes in at $3,936; and Lewis and Clark State College will be $3,491 each semester.

While this is significant move for all public Idaho universities, it's especially significant for U of I, which is currently dealing with a budget crisis.

“We have not balanced our checkbook for a couple of years now," Green said. "We’ve been in deficit over the years, approximately $20 million, and so those are the targets we have set. We want to balance our checkbook for next year.”

Green, who took over the president job in July, said he knew what challenges he was walking into. But he is a U of I alum so he says he's passionate about the university and wants to fix the deficit as quickly as possible.

According to Green, the university has already cut $14 million this year but will need to cut another $8 million in the next year to get back in balance.

While he doesn't know yet exactly what those cuts will entail, Green is taking suggestions from faculty and in January, will take a hard look at what can be cut.

“We understand we have some adjustments to make to balance our books, but that doesn’t diminish in any way our commitment to our students,” he said.

Financial struggles are not new for Idaho universities, which have seen a continual decline in state funding. Forty years ago, state funding made up 88% of the total cost to operate public colleges and universities in Idaho. Tuition revenue made up just 7%. Today, that cost is nearly 50-50. State funding currently makes up 51% of costs, while tuition revenue pays 47%.

Because of that continual decline in state funding, tuition increases have been making up the difference.

"We are grateful the state is continuing to invest in higher education, but when we discuss a long-term plan, we must acknowledge that state funding hasn't recovered to pre-recession levels while internal costs at the universities keep increasing," Critchfield said. "Board members and the presidents look forward to working with policy makers to develop strategies for a sustainable funding model that moves students and Idaho forward."

Idaho Gov. Brad Little, who recently called for universities to reduce their budgets by one percent, supports the tuition freeze.

"It is absolutely imperative that we do all we can to make higher education within reach for more Idahoans," Little said in a statement. "When we make tuition affordable, increase access to scholarships, and push for efficiencies at the universities, the result is a strengthened workforce and more opportunities for Idahoans to improve their lives. I commend our university presidents and the State Board of Education for sharing my commitment to college affordability in Idaho."

According to information provided by the board, Idaho currently ranks as the 6th lowest state in the western U.S. in terms of current tuition costs, with an average of $7,800 per semester.